It's OCTOBER...can you believe it?
I mean, where DID September go exactly?

I don't know about you, but despite the calendar's fast march towards the winter holidays, I'm excited.  I LOVE OCTOBER!  Autumn has arrived (mostly), Halloween is around the corner, my family has a few birthdays and anniversaries to celebrate...basically it's a busy month but filled with heart and fun so yeah, basically, I love it.  ^-^  Oh, and let's not forget the plethora of seasonal reads available now, most particularly, the SPOOKY, SCARY ones....

Today's title fits the seasonal category, but not in the classic sense.  It's a non-fiction title that explores the boundaries of the mind, and just what exactly "normal" is (and to whom for that matter).  Doesn't sound scary, or spooky, right?  Right...but fact CAN be scarier than fiction and as these are based on true stories from the doctor that experienced them himself, it's certainly chilling.  Ladies and gents, here's comes today's book of choice... 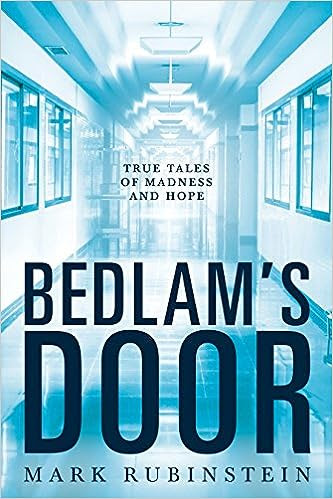 About the book....
Why would a man born in Hungary and living on Manhattan’s Lower East Side run down Delancey Street ranting “I’m king of the Puerto Ricans”?

What would compel a physically healthy woman to persuade surgeons to operate on her more than a dozen times?

How was it possible for a man wearing a straitjacket to commit suicide within a locked psychiatric ward while in the company of a well-trained guard?

Though these and the other stories in this volume read like fiction, each is true.

Former practicing psychiatrist Mark Rubinstein opens the door and takes the reader deep into the world of mental illness. From the chaos of a psychiatric emergency room to the bowels of a maximum security prison, the stories range from bizarre to poignant and the people from noble to callously uncaring.

This is a fascinating walk through the minds of several patients Mark encountered on his journey through the hallowed halls of several institutions, hospitals, and the like, but at the same time, a walk through his own psyche.  After all, one can't deduce abnormalities and unusual occurrences in others without learning more about yourself. 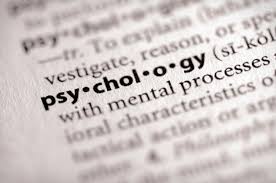 Some cases were more interesting than others...
..."King of the Puerto Ricans",.. what WOULD cause a man to run naked through the streets shouting this?  It's not simply a mid-life crisis, or drug induced moment, either.  It stems from something long ago that he had no control over, that's back to visit him once again...
..."A Dirty Little Secret"...I've never really understood OCD, I mean in the literal sense, not the one where someone says it casually about Suzie's or Johnny's need to organize the office, just so.  I was interesting to see how this one came about and progressed.
..."Dr. Boris Papalini"...this one really makes you wonder just how often this happens!  Scary thought, I'm telling you...

...while others simply left me in stitches...
..."The Head Doctor"...a perfect case for CLEAR COMMUNICATION.  Ha!
..."A Short Memory"...so the circumstances as to why this case came about aren't funny, but what finally gets the guy in question to change his ways totally is.

...but every one had something to gleam from them, a message to take with us from the laymen and doctoral side of things.

I have to agree, it's a book ripped from the pages of life that reads like fiction and yet manages to impart pointers, suggestions, and scientific facts along the way that are both fascinating and informative.  It sheds a different light on those suffering from mental afflictions, one that calls for learning, care, and action versus reaction, while reminding us that it can happen to anyone for any number of reasons.  So you see, defining normal isn't all that easy after all... 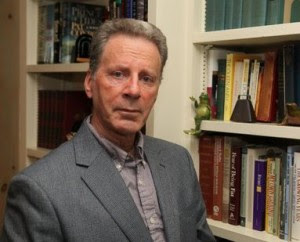 Mark Rubinstein was born in Brooklyn, New York. He dreamed of playing baseball for the Brooklyn Dodgers since his all-time hero was the Dodgers’ first baseman Gil Hodges. Rubinstein played high school baseball and ran track. His love of sports led him to read sports fiction, and soon he became a voracious reader, developing an enduring love for all kinds of novels.

He graduated from New York University with a degree in business administration. He then served in the army and ended up as a field medic tending to paratroopers of the 82nd Airborne Division. He was so taken with these experiences that after his discharge, he re-entered NYU as a premed student.

In addition to running his private practice he developed an interest in forensic psychiatry because the drama and conflict of the cases and courtrooms tapped into his personality style. He also taught psychiatric residents, interns, psychologists, and social workers at New York Presbyterian Hospital and became a clinical assistant professor at Cornell University’s medical school.

Rubinstein lives in Connecticut with his wife and as many dogs as she will allow in the house. He still practices psychiatry and is busily writing more novels. Mad Dog House, his first novel, was named a Finalist for the 2012 ForeWord Reviews Book of the Year Award (Thriller & Suspense) and The Foot Soldier won the Silver award for Fiction at the 2014 Benjamin Franklin Awards.

Special thanks to Anna at FSB Associates for the ARC for review.  (THANKS!)  For more information on this title, the author, or those promotions forthcoming, feel free to click through the links provided above.  This title released just last month via Thunder Lake Press, so be on the lookout for it on a bookstore shelf or virtual retailer of your choosing.