Today, we're joining a TLC Book Tour already in progress starring a work of Fiction via Lake Union Publishing.  I've had quite a bit of luck with their releases in the past, but I admit, this one threw me for a bit of a loop.  How so?  Oh, we're about to get into all that, but please, allow me to properly introduce today's book of choice... 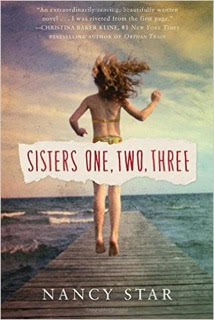 About the book....
After a tragic accident on Martha’s Vineyard, keeping secrets becomes a way of life for the Tangle family. With memories locked away, the sisters take divergent paths. Callie disappears, Mimi keeps so busy she has no time to think, and Ginger develops a lifelong aversion to risk that threatens the relationships she holds most dear.

When a whispered comment overheard by her rebellious teenage daughter forces Ginger to reveal a long-held family secret, the Tangles’ carefully constructed web of lies begins to unravel. Upon the death of Glory, the family’s colorful matriarch, and the return of long-estranged Callie, Ginger resolves to return to Martha’s Vineyard and piece together what really happened on that calamitous day when a shadow fell over four sun-kissed siblings playing at the shore. Along with Ginger’s newfound understanding come the keys to reconciliation: with her mother, with her sisters, and with her daughter.

At turns heartbreaking, humorous, and hopeful, Sisters One, Two, Three explores not only the consequences of secrets—even secrets kept out of love—but also the courage it takes to speak the truth, to forgive, and to let go.

So, my comment above may have sounded harsh, but in truth, I had a lot of difficulty with this one.  Try as I might, I just could not connect with our lead narrator.  It's not that Ginger is an uninteresting person, or that her story held little merit, because she truly was and it really did, but I really couldn't conjure any genuine feeling for her until the big reveal.  Once the pieces of the puzzle fall into place, much makes sense that didn't before, but unfortunately for me, that timid connection came far too late in the novel to create a raving fan.

Was it a good story?  Yes...as a whole...it's just until everything becomes vividly clear, you've got to hang on to the pieces like a string of a kite being taken by the wind.  The Tangle Mangle was a creative add in (and a positive way to approach a learning disorder without ridicule!), Ginger's neurotic habit of worrying over every little thing to the point of obsession was a curiosity (but in the flesh might be more of a trial), and the side story (of sorts) that plays out with Julia (Ginger's daughter) was a great way to show how though some things are a result of nurture, nature (as in your own) can make the outcome entirely our own. 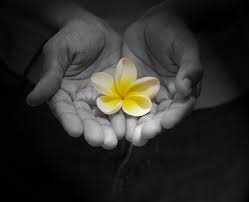 In the end, I don't regret my time with the Tangle clan, I just wish that we had more of a glimpse of the secret at the heart of everything sooner, so we could connect the aftershocks of it to the changes seen in the characters.  Isn't that the plight of every reader?  One adored every step while another wishes on a horse that may fly?  As I've said before, the very reasons I didn't reach a level of adoration with a book could be the very reasons YOU DO.  So, do I recommend it?  Certainly...if it caught your attention, there's definitely something worth exploring and I'd love to hear your thoughts on the experience.

Nancy Star is the author of four previous novels: Carpool Diem, Up Next, Now This, and Buried Lives. Her nonfiction writing has appeared in the New York Times, Family Circle, Diversion magazine, and on the web. Before embarking on her writing career, Nancy worked for more than a decade as a movie executive in the film business, dividing her time between New York and London. She has two grown daughters and a son-in-law and now lives in New Jersey with her husband.

Special thanks to Lisa at TLC Book Tours and the Amazon Publishing team for the chance to bring this tour to you and the print copy for review.  (THANKS!)  For more information on this title, the author, the publisher, THIS TOUR, and those on the horizon, feel free to click through the links provided above.  This title is available now via Lake Union Publishing, so be on the lookout for it on a bookstore shelf or virtual retailer of your choosing.

Such a shame this wasn't all it might have been. I must admit to having high hopes and though it isn't a book I'd go out of my way to buy I may well pick a copy up if I see it in the library.