Hi there readers!
Welcome back to Satisfaction for Insatiable Readers…such as yourselves.  Bet you’ll never guess what we’re reviewing today.  What’s that?  A book you say?  Okay, so yeah, you’ve got me there…but you’ll never guess what KIND of book.  What?  Was that Fiction I heard?  Geesh, you guys know me too well.  Okay, okay…my trump card; what format is the book?  Hmm?  Hard copy?  HA!  Gotcha!  Not this time. 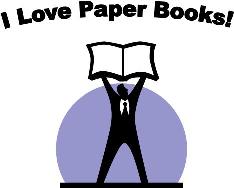 Now before you go spreading rumors or simply thinking that I’ve forsaken my paper books, let me set the record straight….I LOVE PAPER BOOKS.  They are my favorites.  Always have been, always will be…despite what popular opinion might say about the ever growing eBook market.  This “love affair” does not prevent me from enjoying the occasional eBook though; hence today’s book is in fact a member of that electronic family.  Without further adieu and because you guys are just TOO good at guessing, I give you today’s book of choice…

***WARNING:  This book is not for young readers nor those easily offended as it contains some foul language and a few adult scenes.  Readers, you’ve been advised.***

Johanna Raines, girlfriend of Stephen and recipient of a new cornea via transplant, is getting to see the world through new eyes....literally.  The first sights she takes in, the subway....and a man getting his arm taken off.  Yep, oh what you won't see in a subway.  Better still?  Just after the accident, she sees a dark shadowy specter seemingly taking over the fallen man's body.  (One word for you...CREEPY!)  Johanna can't believe her eyes...or can she?  Is she going crazy or is something bigger at work here?  She needs to get a handle on things and fast because whatever it is, it's spreading and taking her loved ones is just step one.  Step two leads us to people in positions of power...

I have to say, when I began reading this book, I had flashbacks to the not-so-long-ago movie baring a similar (yet shortened) title and starring one Jessica Alba (if you haven't figured it out yet...it's The Eye).  No, I didn't see the movie, but most of the previews nowadays show almost the entire film before you even see the show (why is that exactly…can anyone tell me?) making it easy to draw the comparison on the surface.  I mean all the key elements are there, almost identical...but it's the 'almost' aspect that carries this book to an ending of its own design.

is “the man” in question though he is being inhabited by something called Malachi (a demon of sorts), who apparently despises humans in general (their weakness especially).  His goal is to take over the world....yeah, not so original there but true to generations of literary “legion” past.  Apparently when the host is asleep (i.e. ), the demon has control...otherwise, the human is in control and the demon is a mere passenger….not so much for his brimstone brethren’s human shells.  There’s a particular “gross out” scene in which one of them eats someone’s eyes…O_O…yeah, not the scene to happen upon while eating lunch (as I did…*blech*).

Johanna’s ability to see these evil minions (as you may have figured out) stems from her newly gained sight, though why is revealed much later in the book.  Though somewhat under developed history wise, her character makes up the slack in determination and direction.  She knows what she needs to do and carries through despite the obstacles stacked in her way.  I did not however appreciate the character’s thoughts on a stray dog she runs into at (of course) the most inopportune time.  He’s tough, hard, and okay, he sounds a bit viscous, but he didn’t just turn out that way as Johanna insinuates.  The text clearly states he had “battle scars” so I’m more for he turned that way because of the life he has led or rather the kindness he was never shown.

Stephen (the boyfriend) on the other hand is a bit wishy-washy.  One moment he’s checking her out, the next he’s undecided on their relationship.  One second finds him over reacting to a simple question Johanna asks and then with a turn of the head he’s professing his love.  It was a bit dizzying at times but certainly made his ending a bit more satisfying (go Johanna!).  As for the demon cast, what can I say?  They were evil for certain and not above taking each other out to get to the top.  I think a little more planning on their part would have went a long way, but who really wants them to win…you know?

Story wise, it certainly sits on the darker end of the fiction spectrum.  Once again I warn any kiddos or younger teens reading this review skip this one til you’re a bit older, kay?  The creepy factor is certainly dialed up as is the vileness.  They are demons after all so their actions were to be expected.  The ending wasn’t predictable per se, but it also wasn’t really a surprise.  I mean you couldn’t guess exactly how things would turn out and there were certainly a few twists that you didn’t see coming, but as they were unfolding it wasn’t hard to guess how it would all turn out. 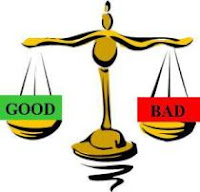 It was short, it wasn’t sweet (hello…lots of dying, demons, and overtaking the world…not exactly candy land here), but in the end it was enjoyable for the most part.  My sworn enemy of repetitive phrases surfaced once again, but not so much so that it overshadowed the story.  The writing did not have a uniquely remarkable quality to me, but it did hold my attention enough to want to know what happened to the characters or at the very least how the book ends.  It wasn’t a struggle to finish; it just wasn’t a “need” either.

In short, if you’re looking for a book to pass a few hours and delve into the darker side of world domination where good might not triumph over evil…AND you’re an older teen or adult reader…certainly one to take a look at.  Here’s a little bit more about the author from his brief bio for your reading pleasure…

Shaun Jeffrey was brought up in a house in a cemetery, so it was only natural for his prose to stray towards the dark side when he started writing. He has had three novels published, 'The Kult', 'Deadfall' and 'Evilution, and one collection of short stories, 'Voyeurs of Death'. Among his other writing credits are short stories published in Cemetery Dance, Surreal Magazine, Dark Discoveries and Shadowed Realms. The
Kult was optioned for film by Gharial Productions.
Visit the author's site at: http://www.shaunjeffrey.com

Ebook for review courtesy of author Shaun Jeffrey.  (THANKS!)  For more information, be sure to check out the author's website.  The edition reviewed is available via Smashwords in a variety of formats for instant download...should you be in looking for your next read.

OOh! It sounds so creepy - even the cover is scary. I am very tempted to check it out , but I am a coward!

Not a fan of e-books either, give me a paper copy every time. In fact if you don't mind I'm going to use your graphic and display it on my blog.

Thanks for a very honest review. Not a book for me I'm afraid - even the cover is sinister, don't you think?

Petty Witter: *high five* Nope, I don't mind...it's actually a combination clip art from MS Office & a word art creation. Displaying should be fine. ^_^ Agreed on the cover...I actually didn't even SEE the cover til I was creating the post!

I love Shaun's work, and this one is already in my queue. Great review!

Thank you very much for taking the time to read and review my work, Gina. Much appreciated.

@Petty Witter. I too like physical books, but when it comes to reading, I'll read from any format if it's something I really want to read.

Elizabeth: Fantastic! Can't wait to hear what you think. ^_^

Shaun: Thank you so much for stopping by and responding to some of the comments left by my fellow readers. Best of luck on your next endeavor! ^_^

Wow, that's a trip growing up living in a cemetery.

What a training ground for growing up fearless.

Tribute Books, I guess not many people can lay claim to such a fact. I always say it makes me the real Shaun of the Dead ;)