What’s up everyone?
How are you this fine Friday?
Good, I hope.
The weekend is almost here (a few mere hours and freedom!) and with it, a question shared by many of your fellow readers (including moi)….WHAT TO READ?  Before you let that stump you into a thoughtful pose, might I make a suggestion?  It’s a light and fun book just begging to be taken on your next trip to the beach or weekend reading escape for a fresh blast of YA fun.  Today’s book of choice is…. 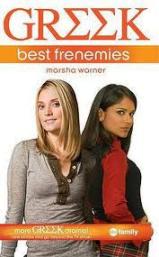 The annual CRU Sweetheart competition has begun!  It’s time to find out just which sorority girl has stolen the hearts of the Omega Chi boys for her sweetness, charm, and all around grace, granting her a title coveted by one and all…except Rebecca Logan.   Surprising?  Not to those that know her…I mean REALLY know her; she’s about as far from your typical idea of a “sweetheart” as peanut butter is to jelly.  They may go together in theory but they don’t exactly mix.  Bad news for her, she’s the ZBZ nominee (couldn’t have ANYTHING to do with her dating the president of Omega Chi now could it?); good news for her, she has a house of sisterly love to campaign on her behalf…if she’ll only let them…. 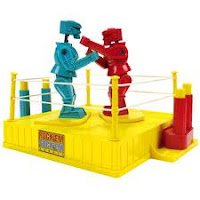 Meanwhile in the Kappa Tau house…Cappy is contemplating the unthinkable, the unheard of, the multi-letter word that could start and end wars if someone took as much an aversion to it as he.  That’s right….GRADUATION.  It seems that Cappy is finally growing up and reaching for his dreams beyond the frat house...certainly helps that Casey (his on again, off again, on again girlfriend/love-of-his-life-even-if-they-don’t-always-know-it) is giving him a little healthy nudge along that path (go Casey!)…but with that decision he is saddled with another worry.  How will he be remembered?  Kappa Tau’s are all about the legacy they leave behind and while they may not be as traditional as say the Omega Chi’s, they are memorable nonetheless.  Enter Rusty, Casey’s ever eager, Engineering Major, little brother, for some inspiration and achieving his goal may be closer than he thinks…though how it all turns out is nothing short of unanticipated chaos.

Welcome back to CRU!  Find your housemates and settle in for another installment of mayhem filled with friends, frenemies, and boy trouble to boot.  Who says college is all work and no play?  Apparently, they’ve never been to this campus….because fun is their middle name.  No matter the house, no matter the cause, fun will be had.  I love the fact that you can step right into these novels and feel like you’re one of the gang…especially if you’ve ever seen the ABC Family show.  The characters personalities are right on, their actions and reactions just what you’d expect.  Sounds predictable?  Not really….more familiar in that “old friends” way. 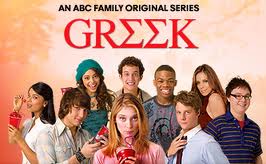 All your favorites are back; (unless you liked Frannie and then…um, what’s wrong with you?  O_o  -- Just kidding…sorta…) from Ashleigh, the current ZBZ house president through an interesting turn of events, to Casey, the perpetual dater of both Evan and Cappy who has finally set her sites on one goal, from Rusty, the boy genius who always tries his hardest even when the going is beyond tough, to Owen, the out-of-the-closet Omega Chi that will back friends until the end no matter what house they pledge (a lesson learned from his pal Rusty).

Let’s not forget Rebecca as she takes a fairly starring role in this book, whether she wants to or not, and manages to pull off an ending that…well, perfectly suits her and surprises us all; chalk it up to typical Rebecca Logan results (as in she wants what she wants and she wants it now….gotta appreciate a girl that knows what she wants, even if it’s unclear this time around).  It’s just great to spend time with all those we’ve come to know and love from this group without any one of them truly stealing the spotlight.  Each one crops up from time to time to make an appearance and say hello, a great balance achieved gracefully by the author.

I must make mention of one thing in this one that struck me as funny and great all at once.  I love the fact that Twitter is included in the story as the houses stalk the #crusweetheart hashtag for the current contest status.  It helps tie the make believe world of CRU into the real world we live in, thus making the reading experience that much more relatable (...and before you go searching the tag, no it doesn't really exist and yes I checked just for kicks.).  Recommended read for fans of the show, fans of the first GREEK novel, and those that simply love the Young Adult genre and are looking for a light fun read to chase your cares away for a bit.  The world of CRU fun and hi-jinx is calling…are you in?

EBook for review read via NetGalley courtesy of Harlequin Teen.  (THANKS!)  For more information on either of these great companies, be sure to stop by their respective websites, or follow them (1 or 2) (…still sounds stalker-ish....) on Twitter.  This title was released late last year so it should be primed and ready for a read on a bookshelf near you.

The favourite read of Niece #2, I think I'll have to borrow this.

Doesn't sound for me but I loved reading your review :)

Juju: Darn...oh well. To each their own. ^_^ Yes, reading 'Textual Healing' and thoroughly enjoying it! Will finish this week, no doubt.

Fab review! This sounds like the perfect book for those fans of the TV/movie. What a great way to tie it all together. Sounds like a really fun book too! Loved the review! :o)