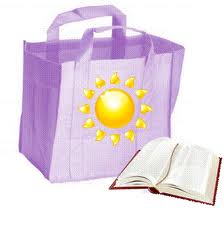 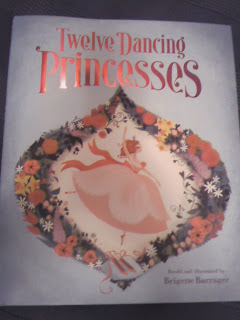 Twelve Dancing Princesses by Brigette Barrager
(courtesy of Lara at Chronicle Books)
If the cover is ANY indication, the artwork in this book is going to be STUNNING.  Can't wait to read it.... 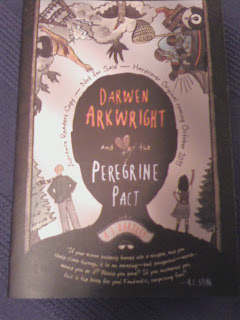 Darwen Arkwright and the Peregrine Pact by A.J. Hartley
(via LibraryThing Early Reviewers and Razorbill)
Okay so the title itself is interesting and the cover is curious, but take a read through of the synopsis....

Description: Eleven-year-old Darwen Arkwright has spent his whole life in a tiny town in England. So when he is forced to move to Atlanta, Georgia, to live with his aunt, he knows things will be different-but what he finds there is beyond even his wildest imaginings!
Darwen discovers an enchanting world through the old mirror hanging in his closet-a world that holds as many dangers as it does wonders. Scrobblers on motorbikes with nets big enough to fit a human boy. Gnashers with no eyes, but monstrous mouths full of teeth. Flittercrakes with bat-like bodies and the faces of men. Along with his new friends Rich and Alexandra, Darwen becomes entangled in an adventure and a mystery that involves the safety of his entire school. They soon realize that the creatures are after something in our world-something that only human children possess. 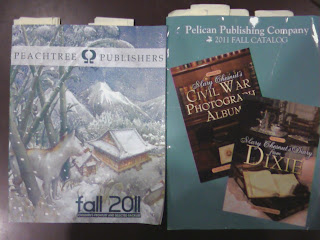 Peachtree Publishers
Pelican Publishing Company
Fall 2011 Catalogs
Hehe....yep.  Hey, they ARE for review now aren't they?  and from the yellow stickies you see there, I'm reviewing as we speak.... ^_^ 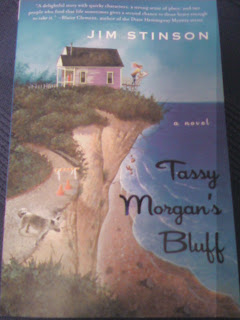 Tassy Morgan's Bluff by Jim Stinson
(ARC courtesy of Milena at Plume / Penguin Group)
I admit it, this was a total surprise when it arrived but it does sound fairly interesting.  Will be curious to see if looks are accurate.  Scheduled for release June 28th, 2011. 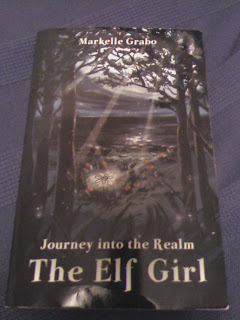 Journey into the Realm:  The Elf Girl by Markelle Grabo
(courtesy of the author)
Came across this one thanks to a post on BookBlogs.NING....gotta love that site.  From the excerpt, it sounds promising.  Will be certain to share the journey with all of you in the coming days. 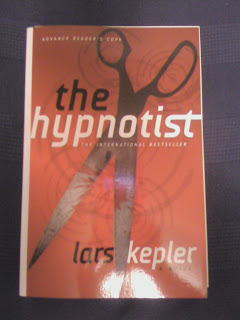 The Hypnotist by Lars Kepler
(ARC courtesy of Sarah Crichton Books / Macmillan)
The interesting part about this one...it's actually a a Swedish thriller that's been translated to English.  Suppose to be some pretty good stuff from the buzz I've heard and well the cover has its bit of creep factor there.  Should be interesting.  Scheduled release date is June 21st, 2011. 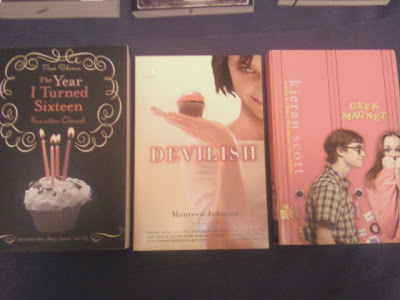 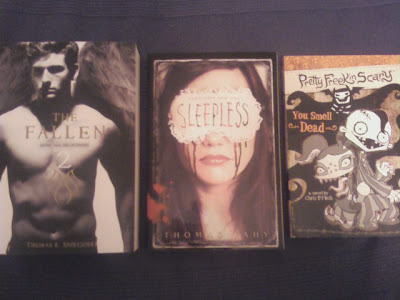 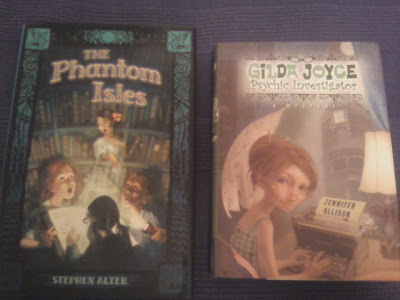 That's it for this week.

What did you get?
Do tell!

My WORD, what a haul! lol I'm completely jealous of Twelve Dancing Princesses. I can't wait to find out what you think about it. The others look good as well. Hopefully you will enjoy them somewhere nice and air-conditioned! :)

I am swooning over those great covers! :O
Every single one of them is gorgeous!
I hope the books are as great as their covers. Happy Reading!

Grief, what an incredible haul - I love the look of The Elf Girl, such a pretty cover.

Still being good on the book buying front I only bought 1 book this week (The Lonely Polygamist by Brady Udall)though I did order 2 more (The new Charlaine Harris and, and, I forget what else).

Hey Gina!! Long long long time since I have gotten to pop in !!! May was beyond crazy, so I am so excited to be able to take some fun time to visit my favorite blogs!
What great books you received!! The Phantom Isles and Gilda Joyce look so great and I love the covers!!!! The Hypnotist sounds awesome as well. Enjoy all of your goodies!

wow, your bag overfloweth! I am really intrigued by the Darwen Arkwright cover too! Enjoy :)

Wow, this is pure awesomeness!:D congratz on all your books, it's one amazing pile! Enjoy!! <3

Arya: Ah yes....DEFINITELY in air-conditioning. Today however was RAIN CENTRAL. We're talking "looking-for-the-ark" sorta rain. We needed it of course, but oye!

Petty Witter: Yes, story sounds like fun as well. LOL....glad to see the book buying self control is still there. Luckily these were my first of the month treat to me..... ^_^

April: Hi April! ~waves~ Nice to see you back again. ^_^ Can't wait to dive into these.