Hi guys!
Welcome back to the only place to be when you're in the mood for food that satisfies the bookworm in you...Satisfaction for Insatiable Readers. 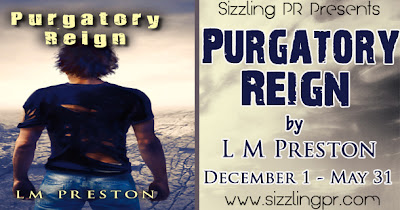 Today, we play host to a blog tour starring a unique voice in the Young Adult arena.  She's an author who's not afraid to take her characters to the ends of the earth (and beyond!), give them hard lives, struggles you wouldn't wish upon your greatest enemy, insurmountable odds, and...a kick butt cast you won't soon forget.  I've read from her adventures before and shared my experience with all of you, this time is no different in all respects.  Without further ado, please join me in welcoming today's blog tour guest and book of choice... 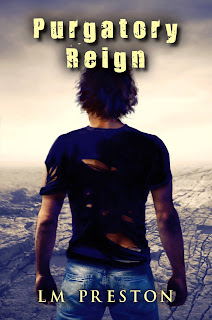 
Something evil this way comes, unfortunately for it, Peter Saints is waiting.

Seventeen-year-old Peter Saints' life stinks. But things are about to get much worse. First, his parents are murdered in front of him. Then another victim dies in his arms.

Visions plague Peter with warnings that something wants him for a sinister cause. It desires the one thing that Peter refuses to give - his blood.

On the run with Angel, a scruffy kid, Peter starts to unravel the mystery. It's the one secret the heavens sought to hide from the world. Unfortunately, when Peter finds the answer he hopes that will save the girl he loves, he opens the door to a great evil that happens to be salivating to meet him.


Don't worry non-religious fans, it's not all "holier-than-thou" and heralding angels (though there are angels, or most predominantly someone called "Angel")...in fact, it's more run-for-your-life-and-the-sake-of-those-around-you with a hidden reason behind all the downward spirals that will shock and amaze.

First off, we have Peter Saints...nice name to be saddled with, no?  Most appropriate however for his lineage and what's to come, but I'm getting ahead of myself here.  Peter hasn't had the easiest life.  His parents died in a car crash as they were running from someone or something and so most of his time was spent growing up in an orphanage run by Pastor Finn.  Yeah, the Pastor is a nice enough guy with a tough exterior hiding a heart of gold, I mean he runs and orphanage and since the kids aren't all coming out "Annie" or "Oliver", that's gotta mean something, right?  Right.  Thing is, his past doesn't exactly scream Pastor or orphanage material...in fact, it screams more law enforcement and now-I'm-probably-hiding-something.  Trust me, he is...but his poker face is GOOD.  We find out soon enough what's behind the facade as the story kicks into high gear early on (something else this author is known for, she doesn't like to keep her readers waiting for the "good stuff") and sets Peter on the wild ride that's been written in his stars.  He's set to serve a bigger purpose in this life, one he'd never imagine for himself and all the heartache and hardship he's faced until now...is nothing compared to what's still to come.

Don't believe me?  Here's a taste of the early on nitty gritty that sets oh-so-much in motion. ..

Peter’s hand burned. “No!” What the heck was he supposed to do now? He crouched beside Hanna. Too guilty to leave her there like that, he grumbled.

Lifting his hand, he stared at the symbol she’d drawn with the blood from her face. “It is done,” she’d said. His jumbled thoughts replayed Hanna’s last words over and over. The symbol throbbed on the palm of his hand, so he rubbed at it. The blood wouldn’t wipe off, it just blazed even hotter the more he touched it.

“What did you do, crazy girl? What did you do?” Peter couldn’t stand her staring so Peter used his thumbs to close Hanna’s eyelids. Then he rubbed the palm of his burning hand on his pants. Tears welled up in the corners of his eyes and he quickly wiped them away with his fist. The guilt bubbled up inside him like a burning river of lava. He dropped his chin.

“I won’t leave you, Hanna.” His voice cracked. “Not until I have to. Pastor Finn will know what to do.

...curious?  You should be...especially since I remember this scene rather well.  It's a turning point for a few characters that takes what's already set in motion to the next level...and we're not talking Super Mario Brothers here.  *-* 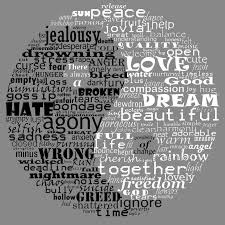 Poor Peter...it makes your heart just swell with sorrow for him... but don't let it get too big because this guy can SERIOUSLY handle himself.  No, really!  He's half heart-breaker  half brokenhearted, filled with anger about his current situation that he barely keeps under wraps at times (thank you Pastor Finn for teaching him some control!), and brimming over with take charge attitude that has kept him self sufficient all these years.  That last part though is something he'll have to learn to let go of to some degree because there were be those that enter his life pretty soon that he won't want to turn his back on.  (~wink wink~) Which brings us to the cast of characters...

Aside from our major lead who is quite the handful indeed, we have several others that make their presence
known for better or worse.  On the side of "better" would be Angel, the resourceful young boy (*snicker snicker...you have to read it to find out why I'm chuckling here ^_^) who popped up in the nick of time to save Peter's butt from a potential trouncing with some wicked cool martial arts moves (another trademark of the author!).  Then there is Kyle who perhaps is better placed in the category of "whose-side-are-you-on" at least for most of the story as he's a bit of a loose cannon and not even Peter knows what to make of him.  Trust me, that's not a good thing.  Side stepping over to the side of evil, we meet Lucien who...you know, if given the right chance, I'm not so certain he'd really BE evil...or at least choose to be.  I think it was more a matter of circumstance and survival but I'll let you be the final judge.  Last but certainly not least, we Gavin Steele.  ~shudders~  Yeah, now he's cringe-worthy and he doesn't get any better as the book progresses...let's just say if evil had a fan club, he'd be its number one fan....oh, wait...they do (sorta) here.  *-*  _dun dun dunnnnnnn_

So, in conclusion, if you like books with secret societies protecting the knowledge of ages, characters that can kick your butt around the pages, danger with a touch of romance, and friendships that are anything but conventional...this is TOTALLY the book for you.  Oh, and if you're hooked by anything you've read here, you're in luck!  It's not official yet, but from the sound of things, this is going to be a series or at least have a sequel!  (*squee*)  (If the author is reading this, any confirmation on when or if a sequel is planned?)  Recommended read for YA lit fans of all ages; teens through adults will be able to enjoy this read as the questionable content only extends to mentions of some religious figures, a bit of violence and ill intentions...nothing over the top that made my eyebrow raise in the least.

Special thank to both Miranda at Sizzling PR and author LM Preston for the review copy as well as the chance to bring this tour to you.  (THANKS!)  For more information on this tour as well as what's next from the PR side of things, be sure to stop by their site.  To discover more about this work as well as her complete body of work (for now...^_^), feel free to visit author LM Preston at her official site, check out her blog, like her on Facebook, or follow along on Twitter.  This book reached publication just last month from Phenomenal One Press and is available now in both print and ebook formats.  Seek thee out your favorite bookstore or online retailor to snag a copy to call your own.

Oh wow! Thanks so much for your review, and yes, I'm working on the sequel now that I hope will be released next Spring. The name, Deviant Storm and it's gonna be even more uhum exciting.

LM Preston: Woo-hoo! ^_^ Thanks for the confirmation Ms. Preston and for stopping by the site.

I am very curious about this. I love dystopian novels. Thanks for sharing your wonderful thoughts and the excerpt!

I always enjoy LM Preston's blog and I have heard such great things about this book! I can't wait to get a copy. :) Loved your review!
~Jess

That sounds like my kinda angel read. :) Thank you!

Seems like tons of twists in this book, characters who appear to be good but it's not what it seems. Sounds really interesting.