Life has been uber busy (what's new, right?), but I've managed to keep up with my reading because let's face it, it's enjoyable, wonderful, and a great way to escape a ho hum day...not that mine are so ho hum, more like life force draining, but you get the picture.  Anywho...let's step away from reality and talk about today's book.  The title on deck is a Middle Grade Fantasy released November 2017 via Friesen Press, and let me tell you, you're in for QUITE the treat!  Ready or not, here comes today's book of choice... 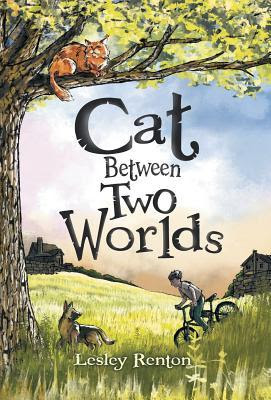 About the book...
To Price Evans, who has just moved into the quaint old house that was his grandmother's childhood home, Sinbad looks much like any ordinary, long-haired ginger cat-the pampered and sole companion of Mr. Murphy, the cantankerous old man living next door. Little does anyone know that Sinbad lives in our world only when he isn't busy (stirring up rebellion) in his real home: the magical Land of Tolk. There are signs though, that everything is not as it seems-like the two incredibly life-like wooden dwarfs that appeared, seemingly out of nowhere, in the small space between the Evans' property and Mr. Murphy's garage. When Price stumbles upon the gateway between these two very different worlds, he learns the truth about Sinbad and his nefarious plot to bring the conveniences of human technology (and pampering) to the peaceful and immortal inhabitants of Tolk, heedless of the impact of such potentially corrupting influences.

Price finds himself in the midst of a civil uprising, with the fate of Tolk hanging in the balance. What role will he play in exposing Sinbad as a liar and a fraud? Can the peace-loving Tolks expel the rebel forces before they destroy their way of life and their very world?

Even though he is an outsider, it is clear to Price that whatever happens next will determine the fate of the Land of Tolk and all of its inhabitants.... 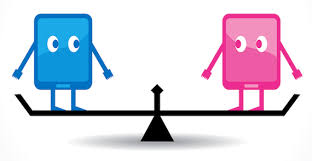 So, I was reading a post earlier by an author whose work I love and it gave me pause.  It was talking about how they love receiving praise for their work, but that when it was in "comparisons" (like it reminded me of THIS FAMOUS WORK...), it kind of put a damper on things.  I mean, I get it...all author's want to be known for their own talent, their own stories, their own brand of magic...but from a reader standpoint, I gotta say, I'd be sort of flattered. It's all about perception.  For me, when I say a work reminded me of a work, I'm not meaning it's a carbon copy, or hitching a ride on the famous title, I'm simply giving a nod to the current author saying...you know what, you did it...and it was as memorable to me as THIS TITLE but for its own reasons and ROCK ON with your bad self.  Now, getting back to THIS story...

The tale told here greatly reminded me of the Chronicles of Narnia, just on a smaller scale and with several role reversals...the cat for the queen, the solo child for the siblings, the dog for the lion, and so on.  Price, the solo child, is a kindhearted lad, eager to explore and go on adventures, but just as quick to consider his family when choices must be made...and boy are there choices in his future! The unexpected role he'll play in events unfolding will alter more than just the Land of Tolk, as will the secrets he uncovers along the way.  Speaking of secrets, HELLO?!  The Land of Tolk?!  What gives?  How come I never got to venture through any hidden access points to other worlds where fairies exist, gnomes are sometimes (not really) pleasant, and a dog is the king (yet with the kindest of hearts)?  I mean, a world through a wardrobe is one thing, but this seemed to be easier to stumble upon...only it wasn't...because not just anyone can come through the doorways.  (*dun dun dunnnnnn*) Anyway, getting back to the story... 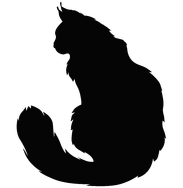 There's an unexpected quest to save a land and "people" whose existence was never known (or was it?).  There are problems to solve, rescues to be made, and "villains" to outmaneuver, but nothing is done without considering the consequences because there are many.  For example, if a certain type of Tolk folk steps beyond their world's boundaries, they turn into...well, something other than they are; we'll leave it at that.  On the other hand, there are those that cross over INTO this magical realm and become so much more than the sum of their parts...the life and love breathed into their creation turns into a spark that just won't be contained (loved Octaruse!).  The give and take balance written into the story keeps it real...nothing ventured, nothing gained is certainly seen time and again...but there's also a lot to be said for ruling with kindness, loving with an open heart, and giving others a chance to make amends....not that they'll always take it.

All in all, I thoroughly enjoyed the world author Lesley Renton created.  From cover to cover (and what a magnificent cover it is!  Look at the tree BETWEEN TWO WORLDS and all the creatures on both sides of the veil!), I found myself wishing to join Price on his adventure, meet his newfound friends, and just wile away a day in the green green grasses of Tolk...with a visit to the nighttime festivities because really, the market sounded like so much fun and the beautiful "light show" was something to witness firsthand, I'm sure.  Though I do wish that we received more backstory on the relationship between Flame and King Noble, I don't feel it lessened the overall impact of the tale...nor did it change how CURIOUS I am to see if there will be another installment! 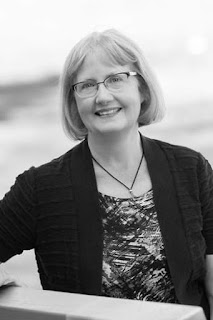 Over the years, Lesley Renton has enjoyed working with hundreds of youth, from school age to young adult, and believes strongly in their innate desire and ability to make good choices and succeed in life.

“My aim is to create stories that are both captivating and empowering,” she says. “In “Cat Between Two Worlds” there are no magical solutions to problems. The main character resolves conflict using his wit and ingenuity. At the same time, he must rely on the contributions of all, right down to the smallest person.

“As a mother, reading with my two children was part of the family adventure. Even into their teens, we were exploring together many wonderful books. These were warm, comfortable times, close to the heart. It’s my hope that this story will inspire in its readers that same sense of wonder, adventure, and inclusion.”

Lesley and her husband, Bruce, live in Calgary, Alberta, where she teaches private piano lessons at a performing arts school.

Special thanks to author Lesley Renton for the copy for review.  (THANKS!)  For more information on this title, the author, or the publisher, feel free to click through the links provided above.  This title is available now in "e" and "tree" formats, so click on over to your favorite online retailers to snag your copy today!

I definitely agree with you - when a book reminds me of another story I've read, it always a compliment. It means that there's a story line that made an impression on me, just like this one did. That's honestly how I find most of the books I enjoy -- the bloggers who say "if you liked XYZ, you should try this one!"