I Am A Reader presents... We 💗 Small Town Romance with Harlequin Books!

Today, we're joining a blog tour already in progress via I Am A Reader!  It's called "We 💗 Small Town Romance" because let's face it...we do...and features two Harlequin Heartwarming titles you're gonna want to add to your springtime reading list.  So, if you're ready, let's meet and greet the two titles in the spotlight today...

This bachelor’s pretend girlfriend just made a shocking discovery— She’s pregnant! Although they dated for only a month, Harley O’Hannigan just agreed to be Vince Messina’s plus-one at a Harmony Valley wedding. Big mistake, given her deepening feelings for the tall, dark, unavailable bachelor. And what about Vince’s long-buried family history? Then there’s the growing secret that could transform this pretend relationship into the real thing…

"Reading Slade and Christine's story reminded me of why I enjoy romance. SEASON OF CHANGE has found a place on my keeper shelf!" Brenda Novak, NYT Bestseller

Warm hands engulfed hers, not the slightest bit vengeful. “Harley?” A gentle voice, one she should be able to identify if her head didn’t feel like someone had stuffed it with thick insulation. “You’re safe. He’s gone.”

Harley opened her eyes on a shuddering breath. A familiar face greeted her.

Vince. They both worked for Jerry, remodeling houses.

Vince. Friendly black eyes, a sturdy nose and black hair. That black hair. It had required a second glance when they’d first met. He had fantastic hair. The kind of hair Disney gave its princes.

Her heart was racing for the exit and her hands had started to tremble in his. Vince’s hands, not Dan’s.

Vince. He drove an old truck, not a new Ferrari. He’d offered her carrots once when he’d heard she’d forgotten her lunch on a remote job site. He’d bought her a drink after work one day, which had led to him buying her dinner—more than once—and then the infamous weekend away where he’d learned she’d quit being an architect. Not that he’d understood Harley and her inability to pick herself up after one undisclosed setback. He may have been seven years older than her, but that didn’t mean he could be judgmental about her career choices.

Note to self... I’m not safe with Vince, either.

“Hey.” Vince gave her hands a gentle squeeze. “Are you with me?”

With him? She would’ve followed him anywhere a few weeks ago, before the let-me-tell-you-what-to-do-with-your-life debacle.

Vince moved to sit next to Harley, tucking her beneath his arm, next to his bulky tool belt. “Breathe in. Breathe out.”

Sounded easy enough, but that heart of hers was hammering against her lungs, making her pant. Vince holding her wasn’t helping her recovery. Not that she moved away from him. Not one inch.
“Like this.” Vince took Harley’s hand and placed her palm on his sturdy chest.

She could feel his heart beat nearly as fast as hers, but she could also feel him fill his lungs with air.
“Breathe in. Breathe out.” Vince was big and warm and calm, and completely different than Dan. He’d never be a slave to fashion. He’d never take credit for someone else’s work. He’d never put his hands on a woman with intent to do damage.

In a distant part of her brain, somewhere where things weren’t pounding, Harley’s mother recited one of her Southern lectures. Life is hard, baby girl. You need to find yourself a big, strong man to lean on when times get tough.

Finding big, strong men was something of a specialty of Harley’s. It was finding the ones she could lean on forever that eluded her.

Melinda Curtis is an award-winning, USA Today Bestseller of over 40 romances. She writes sweet romance for Harlequin Heartwarming, sweet romantic comedies and sexy sports contemporary romances. When not working on DIY projects around their home, Melinda and her college sweetheart enjoy watching Duke mens basketball and visiting their three kids and one grandchild. Sign up for her mailing list to receive two free reads.

He never relied on anyone but himself...but he needs her now! Butterfly Harbor deputy Matt Knight wants two things: to date Lori Bradley and the chance to adopt Kyle, a troubled teen. Wounded in Afghanistan, Matt knows he can't move forward anchored to the past. But once he regains the guarded hotel manager's trust, will his need to protect those he loves cost him a future with this extraordinary woman?

“The talented Anna J Stewart delivers every time.” ~NYTimes Bestselling Author Brenda Novak “Anna J. Stewart will tug at your heartstrings more than once while leaving you utterly besotted with her characters.” ~The Romance Reviews

“What’s wrong?” Matt rested his arms on the table and leaned in. She could feel the warmth of his breath, feel the heat of his concerned gaze.

Her chin shot up at his accusation but it was then she saw he was teasing her.

“Come on, Lori. Tell me what’s bothering you. You’ve been acting weird since before we came in here. Are you embarrassed to be seen with me?”

“Why on earth would I—” She took a deep breath. “You’re making fun of me.”

“How else am I going to disarm you enough to tell me what’s going on in here.” He reached up and tapped a finger against the side of her head.

“It’s not important.” Darn it, why did she always let this get to her? Why hadn’t she just been honest and told him she didn’t want to go to breakfast?

“Given we’ve spent the last couple of minutes debating that fact, I’ll say you’re wrong. What is it?”

“I just...” Could her face feel any hotter? “I don’t like eating out, okay? There. You got me to confess, copper. Take me to jail.” She held out her wrists, palms up.

“Oh, for...” She tucked her hair behind her ears and sighed. “It’s silly.
Stupid even.”

Tell him? Tell him one of her most embarrassing secrets? Tell him about how even her own parents were disgusted by her? Yeah, that should kill off any residual feelings he might have for her. “When I was a little girl and we went out to eat, my mother would constantly criticize me. I shouldn’t have that or what will people think, a chubby girl like you eating that. I embarrassed her. And she made sure everyone knew it.” All these years later and it still messed with her head. “I told you it was stupid.”

“It’s not stupid. I’m sorry you had to deal with that.” He reached over and held out a hand. She stared at his open palm, heart pounding as she realized how much she wanted to take it. Instead, she pulled her hands into her lap and locked her fingers together. “No child should ever be made to feel less than. For any reason.”

“I totally agree. Which is why I haven’t talked to her in about a gazillion years.” That neither of her parents seemed interested in reaching out to her—or Fletcher—didn’t help the situation. It was one thing to be a child and suspect your parents didn’t like you; it was another to be an adult and know it to be true. “So, there you go. I don’t like to eat out because my mother used to make fun of me for being fat. Bring on the chocolate pudding.”

“Have I mentioned how much I loathe self-deprecating humor?” He sat back and pinned her with a stare that made her shiver. “We’re being honest with each other now, yeah? Stop making fun of yourself. I don’t find the jokes funny and I don’t agree with them. What on earth does your dress size have to do with the type of person you are? I like who you are, Lori. I have from the first time I saw you, so suck it up and deal with it. And while you’re at it, stop making light of things that cause you pain. It’s irritating.”

“Yes, it is.” She didn’t want to take what he said to heart. She didn’t want to believe he meant what she’d always wanted someone to say to her; someone who might actually care for her, love her. “It’s also the one defense mechanism that’s worked for me, so forgive me if I don’t bow to your lack of expertise in this matter.” She meant for the comment to tick him off, drive him away. Offend him to the point he’d settle her firmly in the friends column. Instead, she watched the anger lines around his eyes ease and the
corners of his mouth flicker.

“You’d be surprised what I know about parental disapproval, but that’s a conversation for another time. Look at us, getting to know each other. Being honest with one another. It’s almost like we’re starting a new relationship or something.”

Lori shook her head, wanting nothing more than to walk away and forget that whenever she was with him she didn’t want to be without him. He had a way of making her forget everything that shouldn’t be important. “What’s wrong with you? Everything that should make you angry makes you laugh.”

“And sometimes vice versa,” he confirmed with a shrug. “You have your coping mechanisms, I have mine. And for the record, I’ll give you time to work on that bad habit of yours. Not a lot, but some.”

USA Today and national bestselling author Anna J. Stewart writes sweet to sexy romance for Harlequin's Heartwarming and Romantic Suspense lines. Early obsessions with Star Wars, Star Trek, and Wonder Woman set her on the path to creating fun, funny, and family-centric romances with happily ever afters for her independent heroines. Anna lives in Northern California where she deals with a serious Supernatural & Sherlock addiction, surrounds herself with friends and family and tolerates an overly affectionate cat named Snickers (or perhaps it's Snickers who tolerates her). When she's not writing books or her monthly blog for USA Today’s Happy Ever After, you can find her at fan conventions or at her local movie theater, or building her client list for her content editing services.

Open only to those who can legally enter, receive and use an Amazon.com Gift Code or Paypal Cash. Winning Entry will be verified prior to prize being awarded. No purchase necessary. You must be 18 or older to enter or have your parent enter for you. The winner will be chosen by rafflecopter and announced here as well as emailed and will have 48 hours to respond or a new winner will be chosen. This giveaway is in no way associated with Facebook, Twitter, Rafflecopter or any other entity unless otherwise specified. The number of eligible entries received determines the odds of winning. Giveaway was organized by Kathy from I Am A Reader and sponsored by the author.
VOID WHERE PROHIBITED BY LAW. 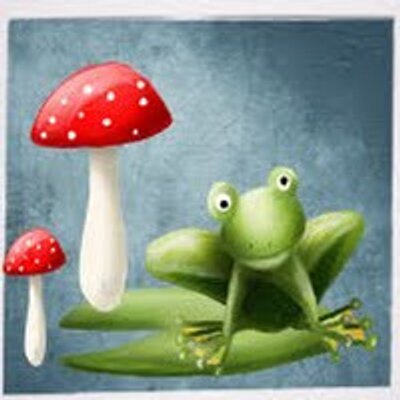 Special thanks to Kathy at I Am A Reader for the chance to bring this tour to you.  (THANKS!)  For more information on the titles, authors, or publishers featured, feel free to click through the links provided above.

Email ThisBlogThis!Share to TwitterShare to FacebookShare to Pinterest
Labels: 2018, blog tour, book spotlight, excerpt, giveaway, Harlequin Books, I Am a Reader Not a Writer

Thanks for the shout out!

Thanks so much for including us on your page! <3