TLC Book Tours presents... WE OWN THE SKY by Luke Allnutt - SPOTLIGHT + EXCERPT!

Today, we're joining TLC Book Tours for a part one of a two part tour featuring the work of author Luke Allnutt.  It's a title set to release NEXT MONTH via Park Row Books (an imprint of Harlequin Books) and it's toted as "...an epic and emotional story about love, loss and finding hope against all odds, for fans of The Fault in Our Stars and My Sister’s Keeper"....well, I don't know about you, but I'm sold!  So, this first tour is focusing the spotlight, sharing a few special excerpts (right here baby!), and perhaps a few other bookish things (check out the rest of the tour to find out!)...sound like fun?  Great, let's go! 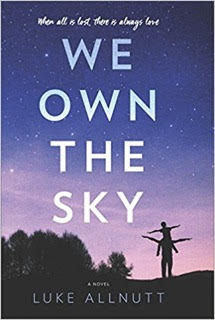 About the book...
A triumphant story about love, loss and finding hope—against all odds

“We looked down at the cliff jutting into the sea, a rubber boat full of kids going under the arch, and then you started running and jumping through the grass, dodging the rabbit holes, shouting at the top of your voice, so I started chasing you, trying to catch you, and we were laughing so hard as we ran and ran, kicking up rainbow showers in the leaves.”

Rob Coates feels like he’s won the lottery of life. There is Anna, his incredible wife, their London town house and, most precious of all, Jack, their son, who makes every day an extraordinary adventure. But when a devastating illness befalls his family, Rob’s world begins to unravel. Suddenly finding himself alone, Rob seeks solace in photographing the skyscrapers and clifftops he and his son Jack used to visit. And just when it seems that all hope is lost, Rob embarks on the most unforgettable of journeys to find his way back to life, and forgiveness.

We Own the Sky is a tender, heartrending, but ultimately life-affirming novel that will resonate deeply with anyone who has suffered loss or experienced great love. With stunning eloquence and acumen, Luke Allnutt has penned a soaring debut and a true testament to the power of love, showing how even the most thoroughly broken heart can learn to beat again.

“A breathtaking read that describes perfectly the joy and pain that comes with loving fully and all the compassion and forgiveness it requires. Brimming with hope to the very end.” —Steven Rowley, bestselling author of Lily and the Octopus

“Anyone who wishes David Nicholls would write faster needs to grab this with both hands. It’s a truly stunning achievement.” —Jill Mansell, Meet Me at Beachcomber Bay

“So are you friends with Lola, as well?”
“Yes, a little bit,” I said. “I knew her in the first year. She lived on my floor.”
“Ah,” Anna said. “So you’re that Rob.”
That Rob. I thought back. Had I done something when I was drunk? I remembered talking to Lola one night at Fez a few semesters ago. She went on about her upbringing in Kensington as if it were a curse, a leper’s bell around her neck. I found her tiresome, a bit of a bore, but I didn’t think I had been rude.
“That Rob?” I asked, smiling nervously.
“Oh, no, just Lola mentioned you,” Anna said casually, trying once again to get the bartender’s attention. “She said you were some kind of computer genius, a whizz kid, and from public housing to boot.” She gasped as she said “council estate” and contorted her expression into one of mock outrage. “She said it was wonderful that you got a chance to come here like the rest of us,” Anna said with a little giggle.
“That’s good of her,” I said, smiling. “The boy done good.”
“Sorry?”
“The boy done good.”
“What do you mean?”
“Oh, it’s a football reference.”
“Ah, sorry, I don’t follow the sports,” she said, as if it were a category in Trivial Pursuits.
The pub was filling up, and we were pushed closer together, our bare arms occasionally touching. On the side of her neck, she had a small birthmark shaped like a heart. I was lost for a moment, looking at the gentle grain of her skin, when her eyes caught mine.
“So how do you know Lola?” I said, quickly looking away.
“We went to school together,” Anna said vaguely, as if she was thinking about something else.
“To Roedean?”
“Yes.”
I had figured Anna was posh, but not Roedean posh. “And what about you?” I said.
“What about me?” she said. She sounded terse, suddenly defensive.
“After we’re finished with this place I mean.”
“Oh, I see. Accountancy,” Anna said without pause. “I have five job offers in London, and I’ll decide by the end of the week which one to take.”
“Wow, cool.”
“Not exactly cool, but it’s what I do. Or rather what I will do.” She smiled weakly. “We’re never getting a drink, are we?”
“No. Especially not now.” I nodded to a group of men in rugby shirts. One of them was just wearing underpants and protective goggles.
“Quite,” Anna said, and looked away. She seemed suddenly uninterested, and I could imagine her weaving her way back to her friends and then never seeing her again.
“Would you like to go out sometime?” I said.
“Yes,” she said almost instantly, and her reply was so quick I didn’t think she had understood.
“I mean that…”
“Sorry,” she said, “maybe I’m confused. I thought you were asking me out.”
“I did. I was,” I said, leaning a little closer so I could hear her above the music.
“Very well,” she said, smiling again, and she smelled of soap and newly washed hair.
“Sorry, it’s loud in here,” I said. “So can I have your phone number or email or something?”
Anna took a small step back, and I realized I was leaning into her. “Yes, although on one condition.”
“Okay,” I said, still thinking about her “that Rob” comment. “What is it?”
“You give me my phone back.”
I looked down and realized I was still holding her Nokia. “Oh, shit, sorry.”
She smiled and put her phone in her bag. “Okay,” she said. “It’s Anna Mitchell-Rose at yahoo.co.uk. All one word. Two l’s in Mitchell, no full stops or hyphenation.”

A week later, the cinema. Watching the trailers, I could feel the warmth of her body and I wanted to reach out and touch her, to put my hand on her bare leg. I glanced at her a few times and hoped she might turn toward me and our eyes would meet, but she just stared at the screen, her back straight as if she was sitting in church, her thick-framed reading glasses perched on her nose. The only movement she made was to silently take sweets from her bag of pick ’n’ mix. I had watched her count them out when she bought them: five from the top row, five from the bottom.
I fidgeted through the movie, about an insufferable drifter who hitchhiked around North America and then died in Alaska. I couldn’t wait for it to end. Anna, however, seemed to be enjoying it—judging by how still she sat, how her eyes never left the screen.
When the movie ended, I thought that she might be one of those people who sit in a reverential silence until the last of the credits rolled, but the moment the screen turned black, she stood up and picked up her coat.

“So what did you think?” I said, as we hurried down the stairs toward the cinema bar.
“I hated it,” Anna said. “Every single minute of it.”
“Really?”
“Yes. It was absolutely awful.”
In the little lobby bar, we sat down at a table next to an antique piano. “It’s funny,” I said, “I thought you were enjoying it.”
“No, I hated it. I found him to be very unpleasant. Traveling all over the place, not letting his family know. He didn’t give two hoots about anyone but himself.”
Two hoots. I imagined for a moment introducing her to my friends back home.
“You didn’t think it was cool when he renounced all his possessions and burned his money?” I said, enjoying egging her on. Anna took her glasses off, wiped the lenses with a small cloth, then put them in an ancient-looking case.
“What on earth was ‘cool’ about that?” she said, her cheeks flushing. Then she squinted a little, as if she needed to put her reading glasses back on. “Oh, you’re joking,” she said, smiling. “I see. But really, though. His family worked hard for what he had and he gave it all up, because of…because of what, some tedious, teenage philosophy. He was utterly, utterly self-indulgent.” She suddenly seemed a little self-conscious and stopped speaking as the waitress brought over our drinks.
“Did you like it then, the movie?” she said, when we were alone again.
“No,” I said. “I absolutely hated it.”
Anna beamed. “Good. I’m so glad.”
“What was it he was always telling people? ‘Make each day a new horizon.’”
“God, yes,” Anna said. “Preachy New Age rubbish.”
“And you know what was funny?” I said.
“What?”
“The one thing—the only thing really—that he wanted to do, which was live in the wild, well, he wasn’t very good at it, was he? He failed.”
“Exactly,” Anna said, laughing, her blue eyes flashing in the dim orange light of the bar. “God, you’re right, he was even rubbish at that. The thing is, if he had actually listened to advice from those who knew better, people who had experience living in the wilderness—wilderness experts, for example—then he might still be alive.”
“Wilderness experts?”
“Yes, wilderness experts,” she said, looking at me sternly. “I believe that’s the official name for them.” 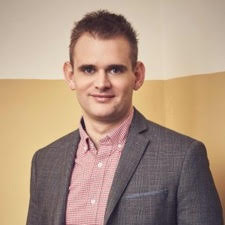 Luke Allnutt grew up in the U.K. and lives and works in Prague.

Special thanks to Lisa at TLC Book Tours and the Harlequin Books team for the chance to bring this tour to you and the excerpt to share.  (THANKS!)  For more information on this title, the author, the publisher, THIS TOUR, or those on the horizon, feel free to click through the links provided above. 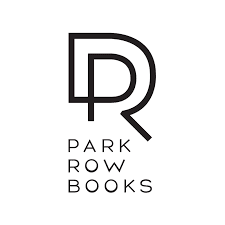 This title is set to release April 3rd, 2018 via Park Row Books, an imprint of Harlequin Books, so mark your calendar or pre-order your copy today.  Don't forget to stop back by when part two of the tour rolls through as we take a look between the pages!