Today, Jeff Sweat and Rockstar Book Tours are revealing the cover and an exclusive content for MAYFLY, his new YA Dystopian which releases May 8, 2018! Check out the awesome cover and enter to win an ARC!

On to the reveal! 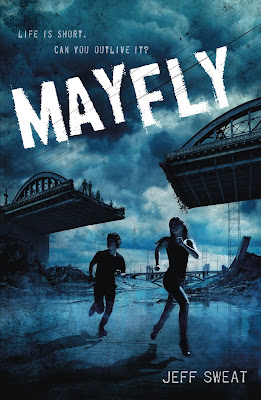 Jemma has spent her life scavenging tools and supplies for her tribe in the their small enclave outside what used to be a big city. Now she’s a teen, and old enough to become a Mama. Making babies is how her people survive—in Jemma’s world, life ends at age seventeen.

Survival has eclipsed love ever since the Parents died of a mysterious plague. But Jemma’s connection to a boy named Apple is stronger than her duty as a Mama. Forced to leave, Jemma and Apple are joined in exile by a mysterious boy who claims to know what is causing them to die. The world is crumbling around them, and their time is running out. Is this truly the End?

The People of Ell Aye

Mayfly is set in the land of Ell Aye, a once-mighty city now in ruins. The old divisions of the past are gone, and in their place new peoples have emerged, each with their own origins and unique cultures.

The Angelenos
The dominant people of Ell Aye, they are a largely peaceful female-led society who live primarily in the hills. They are made of four interrelated peoples:

The Holy Wood
The oldest Angeleno settlement, on the shores of the Lake of the Holy Wood and the old Holy Wood sign.

The Malibu
The farthest west of the Angelenos, who live in the mountains next to the ocean of Malibu.

The Downtown
The Downtown guard the former towers of Ell Aye as sacred ground and live in a giant stadium in a ravine.

The Last Lifers
A feral band of Children who’ve gone mad in anticipation of their early deaths; they live throughout Ell Aye in violence and chaos because they fear no consequences.

The Palos (The Biters)
A cannibal society from the smoking Palos Verdes peninsula, they are Ell Aye’s most feared enemy. They are intelligent, vicious, and well armed.

The Kingdom
A mighty civilization built by former gang members, the Kingdom occupies a huge castle fortress in Orange County, the OC. 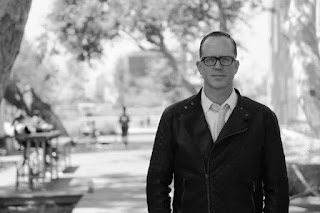 Jeff Sweat has made a living from words his entire career, starting out as an award-winning tech journalist for InformationWeek magazine and moving into marketing.

He led the content marketing team for Yahoo and pioneered its use of social media. He directed PR for two of the top advertising agencies in the country, Deutsch LA and 72andSunny. He now runs his own Los Angeles–based PR and marketing agency, Mister Sweat.

He grew up in Idaho as the middle of eight children—seven boys and one girl—and attended Columbia University in New York. Jeff lives in a big blue house in Los Angeles with his wife Sunny and their three kids, two cats, and a racing greyhound.

He loves to travel and writes everywhere he goes, even when there's not a desk. He likes karaoke, motorcycles and carpentry. He was once shot in the head with a nail gun, which was not a big of a deal as it sounds. But it still hurt like crazy. 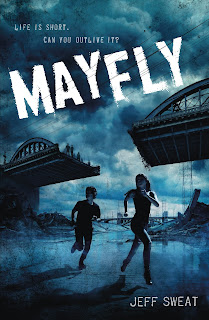 Special thanks to the Rockstar Book Tours and Publicity team for the chance to bring this tour to you.  (THANKS!)  For more information on this title, the author, the publisher, this tour, or those on the horizon, feel free to click through the links provided above.  This title is set to release May 2018 via Feiwel & Friends, so mark your calendar or pre-order your copy today!