HI there!
Welcome back to Satisfaction for Insatiable Readers.
Booksparks is at it again with another....


That's right!
It's time for another FABULOUS #PopUpBlogTour thanks to the wonderful folks at Booksparks who are eager to put YOU right there with the best of the best of recently released titles...or in this case, PRE-RELEASE titles!  That's right.  Today's Young Adult pick hits bookstore shelves THIS TUESDAY (03/06/18) via HarperTEEN, so at least once we stoke the fires of interest, you won't have that long to wait.  You're welcome.  ^-^  Anywho, let's get this party started as we introduce today's #PopUpBlogTour title... 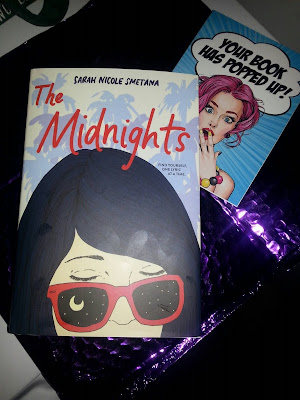 About the book...
This voice-driven coming-of-age YA novel is perfect for fans of Katie Cotugno and Playlist for the Dead.

Susannah Hayes has never been in the spotlight, but she dreams of following her father, a former rock star, onto the stage. As senior year begins, she’s more interested in composing impressive chord patterns than college essays, certain that if she writes the perfect song, her father might finally look up from the past long enough to see her. But when he dies unexpectedly, her dreams—and her reality—shatter.

While Susannah struggles with grief, her mother uproots them to a new city. There, Susannah realizes she can reinvent herself however she wants: a confident singer-songwriter, member of a hip band, embraced by an effortlessly cool best friend. But Susannah is not the only one keeping secrets, and soon, harsh revelations threaten to unravel her life once again.

Set against the scintillating landscape of Southern California, The Midnights is an evocative coming-of-age debut about loss, creativity, and finding your voice while you’re still finding yourself.

This is a story about midnights...that mysterious time between morning and night that often gets wiled away as we slumber between the sheets.  That's the norm for most, but what if it wasn't?  What if during that magical in-between, where you have one foot in nighttime and one foot in morning, you were spending time with those you love, making memories to cherish, and impressions you'll need to hold on to all too soon? What if you were not only able to reach out to someone who is more desperately lost than they realize, but also continue the journey of finding your self?  THAT'S what this book is about.

Susannah had a tumultuous relationship with her parents, I mean what teen doesn't to some degree, but hers wasn't so much about HER but about HIM...her dad.  Once upon a time, he was a great rocker, but the free spirit and drive to the top also came with some pretty bad habits.  One ultimatum later and all that talent ended up on the sidelines, but so did most the dangers clinging to his back...until they weren't, leaving him for days in its manic grip and his loved ones on the outside looking in.  It wasn't always that way, and he did love his family, he just couldn't seem to balance the two all the time, and when tragedy struck, it threw things off kilter even more.  The spillover tapped into Susannah's spirit, leading her on a search for answers that just might never come, but it also brought her and her mother closer, removed the shroud over long kept secrets, and ultimately allowed her to spread her own wings and fly.

In the end, it was an interesting YA story about finding ourselves, giving ourselves room for error, and realizing that those bumps along the way go into making us who we are. No one is perfect, but it's what we do after the southward turn that shows our true character.

Sarah Nicole Smetana received her BFA in Creative Writing from Chapman University and her MFA in Fiction from the New School. Originally from Orange, California, she now lives in Brooklyn with her husband and their three-legged cat. 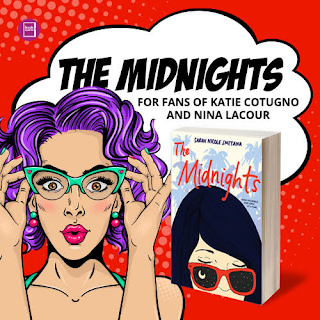 Special thanks to Leila at Booksparks and the HarperTEEN team for the chance to bring this title to you as well as the copy for review! (THANKS!) For more information on this title, the author, the publisher, or the promotion team, feel free to click through the links provided above. This title is set to hit bookstore shelves THIS TUESDAY, so pre-order your copy now or mark your calendar!