The House With a Clock in Its Walls by John Bellairs 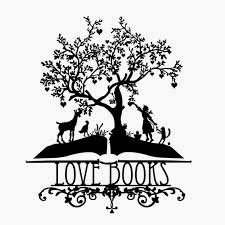 Once upon a time, there was a girl who loved to read.
No, scratch that.
She LOVED to read.  (Yes, that’s better.)

Any time she had available, away from the wicked wheels-of-work, she could be found spending time with family, playing with her pups, but more often than not…READING.  It was almost to the point of addiction really, but honestly…what better thing to “require” in your daily life than a trip through the pages?  (Who’s with me?  *looks for showing of hands*)  Anywho, back to our word loving gal…she was so enraptured by the wordy world that she had to share her joy with the world and so embarked on an adventure of her own, book blogging.  Once that door was opened, there was no stopping her…well, except for the passage of time.  You see, time waits for no man, woman, nor reader and there are OH-so-many books to be read and only so much time to read them and, in this case more importantly, SHARE them.  Which brings me to today’s post…

In the spotlight today is a book I read back in October 2013 that had to wait patiently for it’s turn, while the other shiny newer titles pranced before it.  It took solace in the fact that one day, one day indeed it would see it’s turn in the sun.  Today is that day my friends.  Allow me to introduce you to a book from the past that can still make an impact in our present and mighty enjoyable one at that….

TICK TOCK.  A MURDEROUS CLOCK.
When Lewis Barnavelt, an orphan, comes to stay with his uncle Jonathan, he expects to meet an ordinary person.  But he is wrong.  Uncle Jonathan and his next-door neighbor, Mrs. Zimmerman, are both witches!  Lewis is thrilled.  At first, watching magic is enough.  Then Lewis experiments with magic himself and unknowingly resurrects the former owner of the house:  a woman named Serenna Izard.  It seems that Serenna and her husband built a timepiece into the walls – a clock that could obliterate humankind.  And only the Barnavelts can stop it!

Sound exciting?  It was indeed but more in a subdued Snickett sorta way.  Allow me to explain.

This is one of those titles that grabbed my attention while meandering through the stacks, not looking for anything in particular.  Ever wonder why you find the most amazing or unusual titles when you’re doing just that?  I know I do.  Anywho…I was wandering and this one sort of jumped off the shelf.  It wasn’t large.  It wasn’t in particularly good condition.  It wasn’t even an author I had heard of in passing…but it mattered not.  The title and cover had my curiosity and so my decision was made…I had to have this book.  I had to read this book….and upon having done that, I had to share this book.

It is one in a series of mysteries featuring young Barnavelt; the other tales of which I know not their content, so we’ll stick with the one I do have insight into.  His initial arrival into the hands of his uncle should have been uneventful…had he been the person Lewis had dreamed him to be.  However, as with most things in life, what we get and what you expect tend to be two different things.  No worries readers.  It makes it more interesting for all parties, yours included.  I mean who wouldn’t have a few bats in the belfry if you lived in a house full of clocks; why the setting, resetting, and top of the hour moments would drive you to play poker alone!  Ah, but did I mention that one of the clocks is unseen, yet not completely unheard.  Spookier still is the fact that it sounds like it’s winding down and rumor has it (okay, well the town history has it on fairly good authority) that the former owners of this particular house were working on a sort of doomsday clock…not to predict it but to bring it about.  Yep.  Like I said, it’d drive anyone a little batty.  Moving forward…

Despite the ever insistent ticking, life goes on in this small town, moving Lewis closer to a future he could not predict filled with friends (well, sort of friends) and acquaintances he never anticipated not to mention an exciting end you won’t see coming.  What’s that?  Oh, I said END now didn’t I…and you think it should have said ENDING, right?  Hmm…you’ll just have to read it to find out now won’t ya.  (^_^)  While the story carries us ever forward while reaching straight into the past for an entertaining look at just how well magic and reality mix when wielded by the untrained (*ahem* Lewis *ahem*), the characters make room for themselves in your mind and heart.  Seriously, as off the wall as the uncle and neighbor seem, they’re good people and nuttiness and all aside, take care of their own…or anyone else that happens to come along that might need protecting.  You remember that when Lewis’ new friends lends a hand in stirring up trouble. 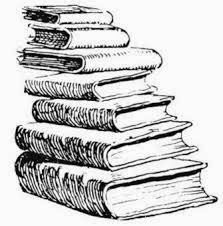 In conclusion, an assuming book that houses a great story within it’s pages.  A perfect way to while away a few hours of your free time or entice a young reader to the fold of the well-read.  Recommended read for middle grade readers through adults; there’s magic, mystery and a healthy dose of darkness and light.  A well balanced read to add to your daily schedule and quite possible future days with the other titles in the series.

Review copy from my own personal library, ironically purchased from my local library’s used bookstore.  It’s original US publication dates back to 1973 but it has since been republished by Puffin Books, a division of Penguin Young Reader’s Group.  To discover more about it as well as their full catalog, be sure to stop by their official site.  The author of this tale passed away in 1991 but his literary adventures live on with this series as well as those of Johnny Dixon and Anthony Monday.  What’s that?  You just added a few titles to your wish list?  You’re welcome.  ^_^