Little Melba and Her Big Trombone by Katheryn Russell-Brown

Today I was perplexed by what title I should bring you.  I was in fact tempted to do a "teaser" post as I skipped that fun feature this week and as I'm working on a project for work from home, my time off to read has been in spurts.  (Go figure, right?)  However, I was going through my email and saw the catalog offerings of Lee & Low with a dandy little Nonfiction Storybook title just begging my attention.  It promised talent, music, and a spunky little girl named Melba who grew up to be a very famous trombonist.  Did you already know that?  Well if you did, my congrats; if not, you're in good company and I'm about to induct you into the "in" crowd.  Ready or not, today's book of choice is.... 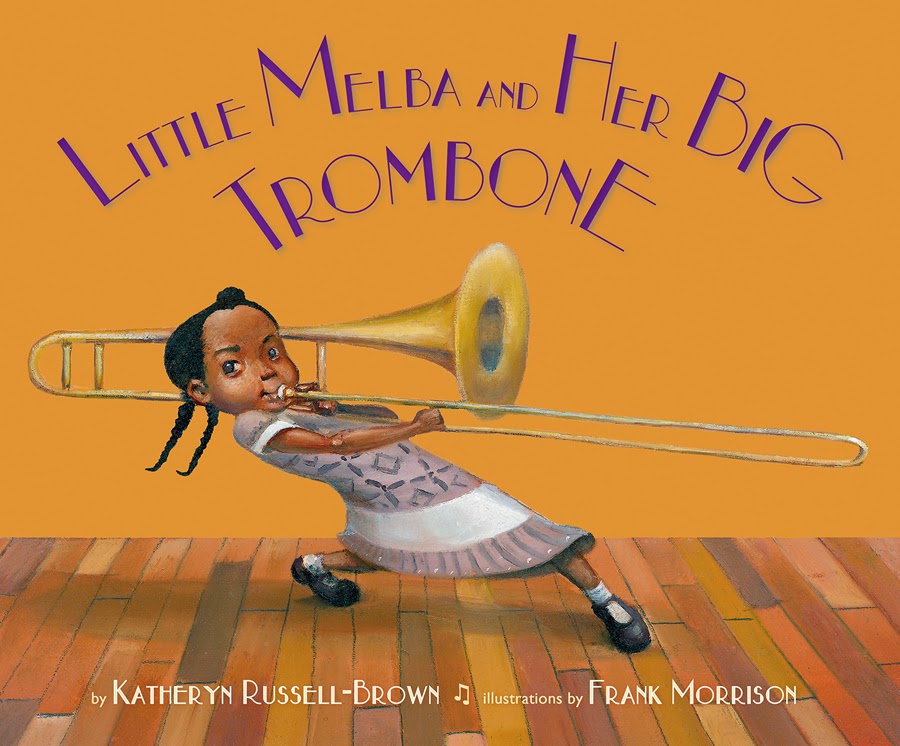 About the book...
Melba Doretta Liston loved the sounds of music from as far back as she could remember. As a child, she daydreamed about beats and lyrics, and hummed along with the music from her family’s Majestic radio.

At age seven, Melba fell in love with a big, shiny trombone, and soon taught herself to play the instrument. By the time she was a teenager, Melba’s extraordinary gift for music led her to the world of jazz. She joined a band led by trumpet player Gerald Wilson and toured the country. Overcoming obstacles of race and gender, Melba went on to become a famed trombone player and arranger, spinning rhythms, harmonies, and melodies into gorgeous songs for all the jazz greats of the twentieth century: Randy Weston, Duke Ellington, Count Basie, Billie Holiday, and Quincy Jones, to name just a few. 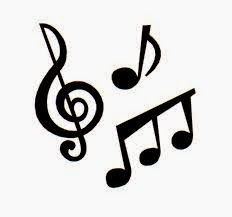 Melba Doretta Liston was born in 1926, Kansas City...and the scene was primed for musicians and fans alike.  In this case, we're looking at some the roots to jazz, blues, and gospel...and Little Melba loved them all!  As she grew so did her love of music until one day, she wanted to add her own voice to those jivey tunes.  Her instrument of choice?  The trombone.  Unusual choice for a small girl?  Perhaps....but that didn't make the sounds she made any less sweet.

I must say, I enjoyed the story very much and learning about someone new-to-me is always a pleasure, especially someone as remarkable as this little lady! Eight years old and making her solo radio debut?  Wow!  I couldn't even fathom playing the instrument let alone being good at it.  Definitely not my thing, but go Melba, GO!  That's exactly what she did too with her trip to the West Coast.  It was a great leap of faith for her family but one that would eventually result in talent acknowledged, and dreams reached.  The operative word there is "eventually" now because times were still tough for Ms. Melba.  She was competing in a mostly male spotlight in areas that were not as friendly towards those with darker skin.  It was enough to turn her brown eyes blue and almost worked in pushing her away from her trombone for good....ALMOST.  Let's just say Melba has her day and then some in the spotlight she deserved.

With all of that said, I was in awe of the artwork.  It matched perfectly with the tale being spun from moment to moment and feeling to feeling.  You could both read and see the exuberance Little Melba experienced at finally getting a chance to add to those musical scores she could hear throughout her neighborhood.  The warmth of her smile beams right off the page as she daydreamed of all the beats and tum-tums reverberating through her brain.  You could even feel the frustration she felt at not getting it right from the start but also the accomplishment that went along with mastering the skill in the end.

Overall, it speaks of family, overcoming obstacles to reach your dreams, and being true to yourself...all  with a musical soundtrack that will carry you from page to page.  It's an interesting read on an educational level but also entertaining with it's expressive illustrations and emotional passages.  Recommended for readers of all ages, shapes, sizes, and interests...you can't go wrong with Little Melba's passion leading the way!

Ebook for review courtesy of the great team at Lee & Low Books, Inc.  (THANKS!)  For more information on this title as well as their full catalog, be sure to stop by their official site, friend them on Facebook, chat with them on Twitter, check out their blog, or join them on Pinterest.  This title is available now, so be on the lookout for it on a bookstore shelf or virtual retailer of your choosing.

She's a cutie. This looks like a total winner.

This looks so cute! I love that cover!