Roll the windows down and turn the music up!: Leaving Amarillo by Caisey Quinn

Hi there!
Welcome back to the site that aims to please the bookish side of you every day of the week, Satisfaction for Insatiable Readers.

Today's post is all about the satisfaction, both in giving, getting, and certainly more ways than one.  Now, before your mind goes too far into the gutter, I ask you to remember what site you are at.  If you recall, I'm not a reader of erotica so those no need to scurry off, but today's featured title does in fact require a warning and a little room clearing.  Ready?  Here goes.

Before we even get things started as to the who and what we're diving between the pages of, first things first.
Repeat after me...

If you are a kiddo or could possibly be claimed as a kiddo by another party despite your chin being held high in the air and you looking down on said person with as much distain as could possibly be mustered, STOP READING THIS...or at the very least wait until you're older.
Got it?
We clear of all the kiddos?

*looks through your screen...peers suspiciously*

Okay then, if you're sure.

Today's title comes to us from the folks over at William Morrow Paperbacks and stars the first book in a HOT (and I do mean hot) New Adult series called Neon Dreams.  The first title just released last month (with the second to follow this June and the third in October) and its already creating quite a buzz.  Ready to read all about it at least from this reader's perspective?  Here we go!  Today's book of choice is... 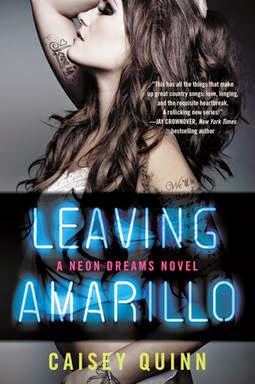 About the book...
Dixie Lark hasn’t had it easy. She lost her parents in an accident when she was young and grew up in a ramshackle house on a dirt road in Amarillo with her ailing grandparents and overprotective older brother. Thanks to her grandfather, Dixie learned to play a mean fiddle, inspired by the sounds of the greats—Johnny and June, Waylon, and Hank. Her grandfather’s fiddle changed Dixie’s life forever, giving her an outlet for the turmoil of her broken heart and inspiring a daring dream.

Ten years later, Dixie and her brother Dallas are creating the music they love and chasing fame with their hot band, Leaving Amarillo. But Dixie isn’t enjoying the ride. All she can think about is Gavin, the band’s tattooed, tortured drummer who she’s loved since they were kids. She knows he feels the connection between them, but he refuses see her as more than his best friend’s little sister.

Convinced that one night with Gavin will get him out of her system, Dixie devises a plan. She doesn’t know that her brother has forbidden Gavin from making a move on her-a promise he swore he’d always keep . . . a promise that once broken will unexpectedly change the future for Dixie, Gavin and the band. 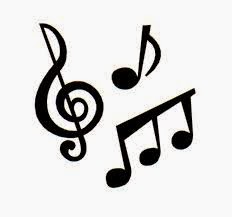 How very appropo.
Now I actually LIVE in the South (not from it, but a transplant from the North) and while this tune isn't on any of my playlists, it fit quite well for an opener here.  Why you might ask?  Well, for one, it's typically played with a fiddle front and center, much like the band at the center of our story.  Secondly, the lyrics oh the lyrics..at least the 'look away' part for our dear lead, Miss Dixie Lark.  How she will ever do so is simply beyond me....

The basics of the story...
...newly orphaned brother sister duo, Dallas and Dixie Lark, meet newcomer Gavin Garrison at their parents funereal (of all places).  Instead of a sympathetic ear or dwelling in the sadness of it all, he takes the pair to let out their frustrations in a more aggressive manner, only to feel the first tuggings of interest on his heart.  A promise is made, feelings are shelved and they are bonded for life.  Flash forward several odd years and life has taken them down somewhat different paths but they are never truly apart, in music or at heart.  But remember, when you play with fire you might get burned and Gavin is definitely fire.  Dixie may do well to remember that...then again, she's not exactly a sparkless princess herself. 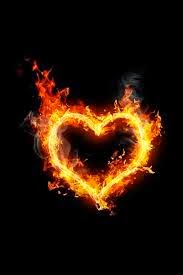 Did you catch all of that?  Good because the story is all about their ups, downs, ins, outs, and everything in between, as well as the heated affair that is close to setting their souls on fire.  I loved seeing the glimpses of the past through Dixie's recollections.  Her insecurities felt real as did her hard won take-no-prisoners attitude.  Watching her find herself, let her defenses down, and ultimately sacrifice herself for the well-being of those she loved was heartbreaking and breathtaking all at once.  Now, speaking of breathtaking, her brother Dallas (whom we're about to learn more about in book 2) is nothing to pass over, though a bit too business minded for my taste even if he means well, and then there's Gavin.  What can I say?  I'm not usually rooting for the "bad boy" character but here, I'm definitely team Gavin.  If his looks weren't enough, his charm would do you in and that's not even scratching the surface on this multi-layered guy.  His fierce protective streak for those he loves whether they be family or friend will make you smile.  His wit and sarcasm help him mask the depths to which he feels things (take the Bluebird nickname he has for our lead). When he and Dixie get together, the combination is messy, sweet, sassy, and explosive.  Definitely a character driven work and it works!

In conclusion, there was a conversation recently on Twitter about what makes a book erotica versus a hot hot romance.  My response (again, non erotica reader here) was the amount of skin time and detailing in the descriptions.  Story versus coupling.  Taking that into account, I definitely wouldn't put this in the first category, but would certainly label it in BOLD as the latter.  The story is well worth the read with characters that leave their mark and encounters that will leave your windows steamed.  I could do with a little less on the dirty language bit, but it's use feels right enough for the situations presented allowing me to overlook it for the most part.  The ending is a nice landing spot with much to anticipate in future releases; score one for readers!  An all around musical trip through the South with unexpected consequences on all fronts.  Musically, I was listening to Hot Chelle Rae at the time, so I liken it to WHY WON'T YOU LOVE ME at the start, and THE ONLY ONE at the finish. Step inside the world of neon lights that most only dream of to discover a story you won't soon forget. 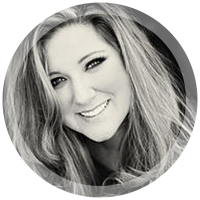 Special thanks to Onalee at HarperCollins Publishers for the ARC for review.  (THANKS!)  For more information on this title, the author, the series, the publisher, or anything else that might strike your fancy over the course of reading the post above, feel free to click through the links provided.  This title is available now via William Morrow Paperbacks, an imprint of HarperCollins Publishers, so be on the lookout for it on a bookstore shelf or virtual retailer of your choosing.  Now, be a good little reader and get yourself caught up on the series because as I'm typing this, I have simultaneously signed up for a spot on the blog tour for book 2 coming this June/July with Bookslapped.  Fingers crossed I get my date!  ^_^

O.k. sizzle on Brings visitors of the Blue and Gray get it? Or Black Velvet that hot sound from several years past.j I do saw to read this one not my usual life is hotter.