#FranceBT presents... PARIS EVER AFTER by K.S.R. Burns - REVIEW + GIVEAWAY!

Today, we're joining France Book Tours for OUR maiden tour with this group (how exciting!) and shining the spotlight on a perfectly suited title.  Why?  Well, it IS called FRANCE Book Tours and the book just so happens to take place in...you guessed it, FRANCE.  Same-same!  Sorry, leftover Judy Moody-ism.  *ahem*  Moving on..... When I saw the cover, it looked just as sweet as the French Macaroons bedecking it, and I knew I had to take a bite.  Was I rewarded for my love at first site?  Hmm, now that's a bit tricky, but we'll get to the sticky part in a second.  First, let's introduce this little beaut.  Ladies and gents, Monsieurs and Mademoiselles, please join me as we welcome today's blog tour guest and book of choice... 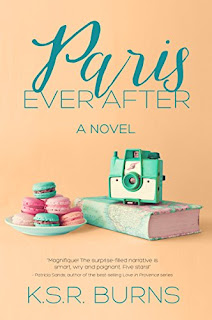 Paris Ever After
by
K.S.R. Burns
Velvet Morning Press

About the book...
Can Amy’s rocky start in Paris turn into a happy ever after?

Amy didn’t realize how stale her life was until she jetted off to Paris without telling a soul—not even her husband—and had the adventure of a lifetime. Now as she tries to establish herself in the City of Light, she finds that despite a fun (and quirky) group of friends and the ability to indulge in French pastries whenever she wants, reinventing her life is much harder than she imagined.

Then on Amy’s thirtieth birthday, two unexpected visitors leave her wondering if she will soon be saying au revoir to Paris and the new life she’s struggled to build. Her estranged husband, Will, shows up—but is he interested in reconciliation or separation? And a young woman who arrives on Amy’s doorstep unleashes chaos that could push Amy out into the street.

As Amy’s Parisian dream starts to fall apart, she must decide: return to the stability of Will and Phoenix (if that’s even still an option) or forge her way forward in Paris? Amid secrets and surprises, set in enchanting gardens, cozy cafés, and glittering Parisian streets, Amy must choose between two very different worlds. And each has a claim on her heart. 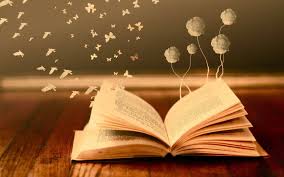 You know how when you're reading and you're REALLY into a story, the pages just fly by, and what seemed like a long book initially ends up not being long enough?  OH yeah, I LOVE that feeling...and yet, sometimes it's harder to grasp than others.  Now hold on, I know what you're thinking...this is all leading into a review, so it MUST mean I didn't enjoy my time between the epages...ah, but see, that making that assumption without reading on would make you mal mort (loosely translated...dead wrong).

See, when locked in the e-passages, I found myself getting bogged down by the details.  It wasn't so much the fact that the author takes us on a walking tour of France (très beau), or that the French language is sprinkled throughout the text (hello, it IS set there after all!), but there were things I felt I should have already known or understood better from the start.  Being the second in the series, I think I would have cared more for the characters earlier on if I'd read the first.  For example, Margaret is such a source of strength for Amy, but in my time with her, I saw more of the stereotypical French attitude than motherly affection...true she was going through some MAJOR things, but still. I mean, some books work better as standalone titles, while others need their compadres to prop them up a little; that's nothing to frown at, just another reason to READ MORE!  So, let's get down to business.... 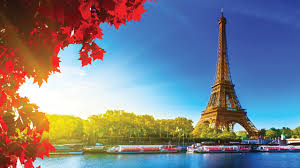 As I read, I was rooting for Amy to stay in France even though it seemed things were getting tougher by the moment...it seemed her heart was there even if everything else was screaming for escape...and while I wouldn't have taken the leap of faith she did without making William sing first (he said he had news but kept hedging, spill it son!), she did so with her whole heart.  I literally wanted to knock the head off of William's scummy shoulders after he finally gave her the big news, or rather she pried it from him (and his suitcase!)...but he'll get what's coming to him eventually; karma likes a challenge.  Meanwhile, Manu played a most unexpected role between the start and the finish...I honestly didn't see that transition coming...and Herve, well, let's just say I was surprised, but I wasn't (something didn't quite add up with all those business ventures).  I wish I could say I loved Margaret, but the side I saw of her wasn't very likable, nor was that of someone else that I won't mention by name because it will spoil the surprise, but I did actually appreciate the presence of Kat, however "distant" it was.  She seemed like someone to know, and yet another reason to perhaps read that first book.

After having finished my read through, and taking a step away from the epages, I can more fully appreciate the story as a whole.  It was filled with secrets, revelations, final goodbyes, and new beginnings...all of which add up to a surprisingly good read.  See?  Aren't you glad you kept reading past my intro?  A great addition to your Women's Fiction collection or weekend reading list...though I do suggest perhaps taking in The Paris Effect first. 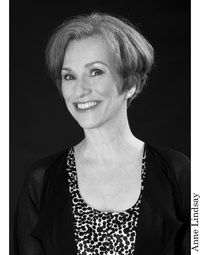 K. S. R. Burns is the author of the Amazon bestseller, THE PARIS EFFECT, its upcoming standalone sequel PARIS EVER AFTER, and THE AMAZING ADVENTURES OF WORKING GIRL: Real-Life Career Advice You Can Actually Use.

She has lived and worked in four countries and 22 cities, including Paris.  No longer a wanderer, Burns now resides in the Pacific Northwest, where in addition to novels she writes a weekly career advice column for The Seattle Times.  Subscribe to her newsletter.

Special thanks to Emma at France Book Tours for the chance to bring this tour to you as well as the ecopy for review.  (THANKS!)  For more information on this title, the author, the publisher, THIS TOUR, or those on the horizon, feel free to click through the links provided above.  This title just celebrated its BOOK BIRTHDAY on the 1st, so click on over to your favorite online retailer to snag your copy today! 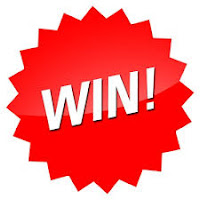 Up for grabs...FIVE digital copies of this very book!
OPEN WORLDWIDE!

thanks for your fun review, now time to read the previous book and get a bit more of Paris