Hi there!
Welcome back to Satisfaction for Insatiable Readers.
Today, we're shining the light on a NEW TITLE that's celebrating it's BOOK BIRTHDAY today via World Editions. It's a story that 's hard to read...not due to the writing, but the content...and yet in hindsight, I can see some of the points that perhaps were trying to be made; at least, according to my interpretation. I actually had a hard time sorting through my thoughts on this one, as I planned to review it the ends of last month, but I simply needed more time. But I digress, let's start things off properly with an introduction to today's celebrant and book of choice... 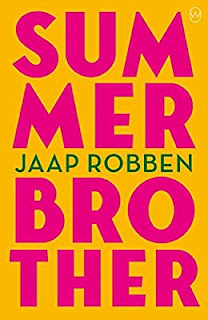 Summer Brother
by
Jaap Robben
Translated from Dutch by
David Doherty
9781642860702
World Editions
About the book...
Thirteen-year-old Brian lives in a trailer on a forgotten patch of land with his divorced and uncaring father. His older brother Lucien, physically and mentally disabled, has been institutionalized for years. While Lucien’s home is undergoing renovations, he is sent to live with his father and younger brother for the summer. Their detached father leaves Brian to care for Lucien’s special needs. But how do you look after someone when you don’t know what they need? How do you make the right choices when you still have so much to discover?
Summer Brother is an honest, tender account of brotherly love, which will resonate with readers of Rain Man.
~~~~~~~~~~~~~~~~~~~~~~~~~~~~~~~~~~

The basic concept of the story...
... sounded interesting. A boy's special brother comes home for the summer, cementing the bond between them, while opening his eyes to differences between their worlds. It mentioned it being a good fit for those who enjoyed Rain Man. I, myself, have never actually watched the complete film, but got the general gist as well as the reason for the mention once I got between the pages.
Thing is...
...once I got between the pages, I got a whole lot more than I bargained for.
The family that this special boy had was beyond ill prepared for his visit, and in fact should have been kept far away from him, seeing as the dad couldn't be bothered to care for one boy, let alone two, anything close to properly. The mother couldn't bare to accept the situation for what it was once medication was involved. Now, I know that's a loaded topic, and I'm not saying those that are different should be sedated, or under the influence to an extreme extent, but there are some situations, some imbalances that are aided by the proper use of medicines. Moving on...the dad wasn't simply negligent, but abhorrently so. He schemed and lied, pawned and stole, broken more than he ever fixed, and flat out couldn't handle his life, and left it and everyone in it to chance. Now, there's a peculiar about face in the end portion of the story, which albeit decidedly wrong, did show a scrap of humanity towards his son, but it was nowhere near enough to being something to redeem himself. That hindsight I was talking about...
I suppose I can see it illustrating that every family has its challenges, some more so than others, but it's not so much in what we provide monetarily for them, as it is the love we show them, the care we take of them, and the way we hold them in our hearts. This special soul was seemingly content in the hospital with his daily routine, and visitors from both inside and out, and yet despite the bad times he encounters with his blood family, he still seems to cherish that time just as much. His inability to communicate with the world on a level that everyone can understand, just made that bond he shared with his brother that much more special. It also had me believing that not everyone is suited for the challenges that special needs like this present, but there's certainly no shame in seeking the help they need from outside sources.
In the end...
...I stick my my initial comment....it was a tough read, and that ending was not amenable to my own somewhat delicate senses, but if gets its message of family across, the message of everyone deserving care, love and security, than I'm all for it.
~~~~~~~~~~~~~~~~~~~~~~~~~~~~~~~~~~
About the author...
Jaap Robben (1984) is a poet, playwright, performer, and acclaimed children’s author. You Have Me to Love, his first novel for adults, has received international glowing reviews and is the winner of the 2014 Dutch Booksellers Award, the Dioraphte Prize, and the ANV Award for best Dutch debut. To date, the novel has sold over 50,000 copies in the Netherlands and is available in ten languages. You Have Me to Love is currently being adapted into an English-language film. Robben was chosen as one of the featured debut authors at the 2018 Brooklyn Book Festival.
TWITTER  |  FACEBOOK
~~~~~~~~~~~~~~~~~~~~~~~~~~~~~~~~~~ 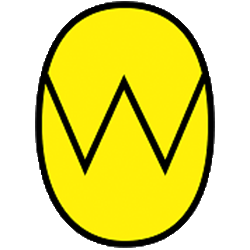 Special thanks to Christine at World Editions for the ARC for review. (THANKS!) For more information on this title, feel free to click through the links provided above. This title is available now, so click on over to your favorite online retailer to snag your copy today.
Until next time, remember...if it looks good, READ IT!
Posted by Gina at 12:00 AM