Welcome back to another day, another BLOG TOUR here at Satisfaction for Insatiable Readers!  That's right!  What, you're surprised?  You really shouldn't be, I did warn you earlier this week that blog tours would be upon us once again....but you know you love them.  Today we have another addition to the YA genre from a published author that presents us with a rather interesting story dealing with an issue often seen privately yet not discussed openly.  Please welcome today's blog tour guest courtesy of Pump Up Your Book Promotions and featured book of choice.... 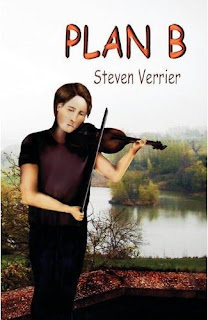 Plan B
by
Steven Verrier


Danny is a star student. High grade point average, musical aspirations with the talent to support them...basically good at anything he sets his mind to. He was on the fast track to bigger and better things in life with the drive to take him there....that is until one faithful days events cast a foreboding shadow on his formerly bright future. Sounds ominous, no? That faithful event was so great, so terrible, so bewildering that his teachers neigh his school was willing to turn their backs on him in an instant. What was so terrible? Brace yourself...he had to....use the restroom. (GASP!)

No really, it all starts from a slightly overactive bladder and an over conformity to the rules. Grant it, his chosen location to ahem...tend to business...is not exactly desirable but that's second in his line of offenses according to the powers that be.  Thus begins the series of in-school disciplinary actions up to and including the dreaded parent teacher conference....dun, dun, dunnnnn..... 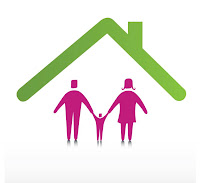 To their credit, Danny's parents fly to his defense never once questioning his actions (really, who would?)...after all it's not like he disappeared on any of his previous bathroom breaks. The problem comes from the fact that he happened to have to use the bathroom more than 3 times during the given semester in the same class. The result of this confrontation…suspension and the inability to finish out his exams thus giving his perfect record a few non-erasable smudges. Harvard, Yale, Columbia...all once within reach become dream worthy aspirations.

Can Danny pull himself back from the abyss on which he's been set and show those standing against him the wrongness of their ways? Will determination and a can do attitude help him achieve all the great things he is destined for? Will he ever make up his mind when dealing with his on again off again girlfriend? Only time will tell…. 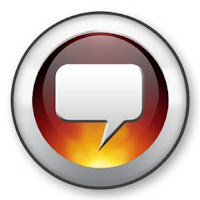 Oh where to begin....well, the beginning of course! In general I would say there is a lack of focus, almost as if there were several tangible plots the author wanted to explore but thought wiser of upon visiting the idea. It somewhat plays into the characters age but since he is basically a genius, it didn’t quite work in my mind. HOWEVER, the author makes you care enough about the main character to look past the under lying flaws of the book and seek out the story’s end. Plus, the issue brought to light really hits home with a lot of school kids and parents.  I mean really, if a child (no matter the age) is doing well in school and not disappearing on these little breaks, where's the harm?  You end up causing more harm to their health (and possibly their confidence if an accident were to happen) by not letting them go. 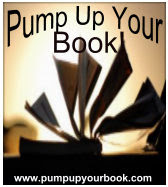 Was it worth the reading journey? I'd say yes...but a bit of determination is required from the reader to see Danny (the main character) through what with his strokes of genius in life, but his awkwardness in social situations. I do feel I must warn you…there are several instances of foul language (most of which occur when emotions run high and angry) and a sexually charged scene or two (between the discovery of porn and an “acquaintance” made on his trip abroad…yeah, there are a few)…but I mean it is about a boy growing up so it kind of goes with the territory.

Review copy courtesy of Pump Up Your Book Promotions and author Steven Verrier. (THANKS!) For more information on their comings and goings, be sure to check out their respective sites. This book is available now at Amazon so feel free to click on over to take a closer look.

TOMORROW....the Got Books? Event is LIVE and in living color!  Stay tuned...

Hm, sounds like this book has an interesting (and different) plot to it! Great review, though. I'll keep my eye out for Plan B!