Blog Tour: The Space Between Trees by Katie Williams, Review

Hi there, readers!
Welcome back to Satisfaction for Insatiable Readers!  Glad you could join us today as we welcome a very special guest, introduce you to a newly released book and have a little contest fun!  This is post 1 of 2 today so site back, relax and take a gander at what crossed my reading path recently.  Today's blog tour feature courtesy of Chronicle Books and book of choice is.... 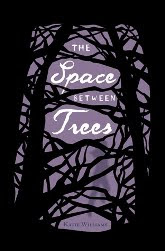 The Space Between Trees
by
Katie Williams

Meet Evie, your narrator, story weaver (yeah, she's pretty good at making you believe almost anything) and navigator through this tale of a girls first crush, navigating the ropes of a separated family...and the grisly murder of a childhood friend.  It's all fun and games until SOMETHING bad happens, a statement of which the meaning may have been learned the hard way for this young girl.  Problem is....try as she might, Evie can't quite feel "right" about the situation, or at least how she thinks she should feel.  "Zabet", or Elizabeth as she was known long ago, and Evie haven't really been that close for the last few years, ever since Hadley (her new best friend) entered the picture.  A chance meeting with the father of the departed at the school attended funeral (a tad morbid for youngsters but at least they got to say goodbye) plus a case of mistaken identity (Zabet's father makes the assumption that Evie is one of his daughter's best friends...an assumption to which the backbone-less-at-the-time Evie makes no correction), leave Evie in a rather precarious position...fake the friendship or own up to the lie breaking this man's heart all over again.  But that's only the tip of the iceberg as the fact of the matter is....Zabet didn't pass away by natural causes or mere accident, she was murdered and the person behind it remains at large...the thought of which seems to be affecting her real best friend's (Hadley) state of mind.  With Hadley's actions growing increasingly bold in both personal decisions and those affecting others, can Evie feign telling stories in order to pull her new friend back to reality...even if it means facing a few truths she'd rather avoid?  Take heart readers, you are in for an emotionally bumpy ride.

I literally couldn't put this one down as I was speeding towards the book's end...10 pages left and time for bed, NOPE! Simply had to stay up a wee tad longer to see where the author would conclude this interesting addition to the YA genre. The surface story will keep you guessing as the book progresses through twists and turns. As characters are introduced, you will learn to care for them each in their own way.  Evie and her undiscovered strength.  Hadley with her hardened outside and a core of semi-softness which is rarely seen.  Even Jonah (Evie's college boy crush) reveals a face best left in shadows at one point.  It's interesting to see how the characters were written to interact with one another.  One second you are cheering for them, another you are chastising their decisions, either way you are emotionally invested.

The ending, though not what you might have been expecting, holds a power all its own as secrets come to light and a message reveals itself that runs much deeper than the discovery of "who-dun-it". The author manages to cover a few sensitive issues as well that teens are faced with in every generation from drinking, drugs, early sexual encounters, reckless driving...the works.  With a fabulous cover to match both title and story, this is one book that will certainly draw readers to its pages.  Don't believe me?  Check out this excerpt for a sneak peek at what you're in store for....

The Space Between Trees

Special thanks to Lara at Chronicle Books for the review copy and the chance to participate in this fabulous blog tour.  (THANKS!)  For more information on this book and their other fabulous titles, be sure to visit their website or follow along on Twitter! 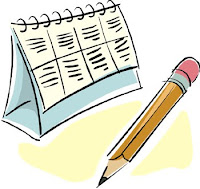 There's more fun where this came from though....for another perspective on the book check out yesterday's blog stop over at Oh Hey What's Up Blog and mark your calendars for tomorrow's stop at Mother Daughter Book Club.  ALSO, don't forget to look for post 2 of 2 today as it has a special guest post just for you, my fellow insatiable readers, as well as your chance to win!

Until next time (or in this case, next post)...happy reading!

I totally agree about the ending! It was seriously unexpected. I had the same feelings when I read this one.