Happy Friday to you!
(or whatever day you happen to be reading this)

Yep, you read the opening right....words straight from Madonna's infamous song "Express Yourself", or as many might recall it more recently from Glee's 'Power of Madonna' episode (definitely a fun one)...and perfect for today's post in more ways than one.

First, the song's TITLE...a perfect fit for blogs.
Expressing yourself is what they are all about.  Whatever topic you choose to feature or discuss is purely up to you, the blogger.  No one else pulls the strings.  There are no hidden agendas, just whatever you put forth.

Second, the SUBJECT of the song in relation to love.
This week marked a significant event for many TwiHard fans round the world (*cough* GUILTY *couch*)...the release of the latest movie, Eclipse.  One movie marathon (so much fun) and midnight premiere (definitely the best of the three so far) later, it got this fan to thinking....where's my Edward?  (Sorry Team Jacob fans but this post is focusing more on the team I "vote" for...no offense meant....) 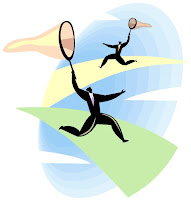 Okay, before you start calling for the guys in the little white jackets with the butterfly nets, let me explain.  I know the Twilight world is based in literature, that is to say, it's not real in an oh-my-run-from-the-red-eyed-vamps sort of way.  The characteristics however, the ones that readers and watchers respond to in the characters themselves (oh admit it...that's part of the draw...the characters and the bonds, or um, relationships, they form pull you into the story)....THOSE are real.  Finding the right mix of them in an actual person may be a bit harder, but it doesn't mean it's impossible (or at least one would hope not).  Let's review...

Edward 101:  Truth Behind the Fiction

He would do anything for her.
(That's not to say that if she said jump off a bridge that he would do it, but if it was within his power he'd do his best.)

He loved her beyond compare.
(She was his treasure...his eyes never wandered for another.)

He accepted her need for independence.
(Together time is great, and sharing decisions can be as well, but the chance to do things on her own when needed, though not his first choice, made her happy....and that was what mattered to him.)

He respected her opinion.
(None of those one sided conversations with little to no participation from the other party.  He listened *gasp* and responded!)

He protected her from harm.
(Though not everything could be stopped, he tried to end the bigger issues before they would affect her.)

So you see....it's not really impossible traits that this particular literary character boils down to.  It's more a matter of finding the "complete package" that begs the seeker to take their time.  If you've already found your "Edward", congratulations!  Cherish the moments.  If you are one of my single-still-seeking friends, no worries!  This boat is shared in good company and you know...there's someone out there earnestly seeking you too.... 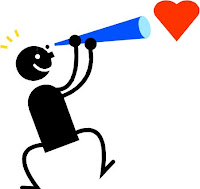 The comments are open...feel free to share your thoughts!
Also, a quick reminder...one of the two contests currently running on the site ending this weekend so get your entries in before it's too late!

For all of you heading to the theaters this weekend, enjoy the movie!
If not...have a great weekend anyhow.

Email ThisBlogThis!Share to TwitterShare to FacebookShare to Pinterest
Labels: 2010, food for thought, Twilight

No, despite your post, I still don't like Edward - possessive and controlling, I don't like him at all. And as for the movie Edward? Wet is the word I'd use to describe him, he overdoes the brooding 'teenager'.

Petty Witter: Eh, cie la vie...to each their own. (Oh and of course I'm not trying to see you on Edward the character or the movie version, merely pointing out a few characteristics.) Thanks for stopping by!

I have to say that even before I was a twihard, I had my edward....literally, his name is Edward. Its not even funny, I have to beat others off with a stick just because of his name. I have to let them know that I'm no wimpy bella, I'm a full on proud Leo named Audrey, and this Edward is MINE.

I <3 Edward. I can't help it. He is sex personified (please don't tell the hubby I said that!). Now if only he'd give up on Kristen Stewart (not a fan of hers at all!)

So thrilled that so many people have enjoyed Eclipse. I have to wait till I can find a babysitter for my rugrats :)

As a Jacob girl I plead the fifth ;)


angelreads: LOL. No worries, your secret is safe...unless of course he visits the blog, then I can't promise anything. =0D Best of luck on the babysitter search...DEFINITELY worth it.

Juju: Aww, Juju! Don't plead out on me! I'd love to hear something from the wolfish girls....he has his merits too (though I'm still Team Edward). ^_^

Love it! I'm for Edward too, overall.

Loved the part about the person who's somewhere out there earnestly looking for me. Hope it's true! Makes me smile because most guys my age aren't exactly looking for their soulmate... Yet. Ah well, there's plenty of time. x)

And I'm so excited to see Eclipse! Gonna go tomorrow. My aunt's taking me. She's my new favorite person.

I'm a book "Edward girl", but a movie "Jacob girl". Rob just doesn't work for me unfortunately, but the book version of Edward is amazing! Of course, when you compare the hotness that is Taylor against Rob, I don't know...there's just no comparing. What can I say?

Thankfully, I've already found my "Edward" and I'd definitely agree with you. There is someone out there for everyone, and you shouldn't stop looking until you have "your Edward" and nothing less. He should treat you like the best thing that ever happened to him, always.