So, how was YOUR Black Friday?
Get anything good?
Hopefully you managed to snag a few of the great deals going round, if not...there's bound to be more in the coming days so try not to fret.  Anywho...

Today's post is featuring a title released earlier this month from a well recognized name in the literary world...or so I'm told.  To be honest, I had seen this author's name a time or two when perusing the bookstore but alas, knew nothing further of her work.  Let's just say that the status of "unknown" in my mind associated with them has been changed to "known" along with a spot on my bookish radar for a future title to be released in this series.  Without further adieu, today's book of choice is.... 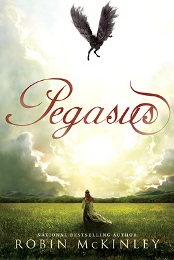 The pegasi and humans are bound together by more than time and tradition...it's an official treaty signed many generations ago. The treaty was made to ensure the safety of the pegasi and as well as create an alliance between the two groups...but just how balanced can this agreement be when the communication between them depends on their magicians alone? Is that not putting a large amount of power in the hands of those that already possess some on their own? What's to say that the balance in the agreement was kept for both sides when only one party truly understands what's transpiring... 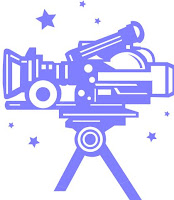 Oh my...this was a wonderful story, but the ending...such a cliffhanger! Much like young Sylvi, I had a hard time wrapping my mouth let alone my mind around the pegasi language.  Their names, their words...just hover in the clouds much like themselves.  That's not saying anything against the author in the least...just perhaps my love of fantastical stories without some of the high fantasy aspects.  Books like this always bring to mind the LOTR trilogy.  High fantasy story with all the essential elements yet with an underlying story that can be appreciated by one and all...so long as you stay the course.  Despite the inability to make sense of everything on the surface, the connections will be made and the story that filters through is well worth any effort put forth.  Perhaps this is also one of the reasons why movies based on this type of book normally do quite well....filling in the word/language gaps with images....something to ponder.  Moving on... 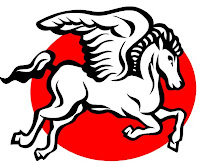 When the many layers of honor, responsibility, and tradition spoken of in this tale are pulled back, it reveals at its heart the bonds of friendship that can be formed despite opposing forces and just how far a little time and understanding can take you. The beauty and majesty used to describe the pegasi enable to reader to create an image that jumps right off the page.  You can see their magnificent forms.  Trace the silhouette of their wings as they block out the sun.  Marvel at the delicate nature of their feather hands and their general demeanor.  Imagine what it would be like to be in the presence of such a being....young Sylvi, fourth born to the king, doesn't have to nor does she have the same pitfalls that many of those bound to a pegasus encounter....that of communication. 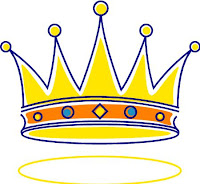 Sylvi's always been a small child, striving hard to prove herself regardless of need or requirement, but in this instance, things come easy.  She discovers her uncanny ability to communicate clearly with her Excellent Friend (Ebon, her pegasus) without the need of a Speaker (translator) during the official binding ceremony when they he accidentally silent-speaks (speaks to her mind) his name to her.  Their friendship blossoms from there in both acts of tradition and rebellion as the normal laws of the Alliance don't seem to fit very well with them.  That's not to say that either doesn't respect what it all stands for, it's just they are so a part of each other....it's hard to break away (nor do they want to).  Their connection is heart warming and magical...the later half being still somewhat of a mystery, but it is undeniably there and one that you can't help wish to experience for yourself...though the connection they share will be tested in this book, and one can only imagine even more so in the next.  Just how is a surprise as beguiling to Sylvi as it will be to you, but one that promises great (though not necessarily good) things to come. 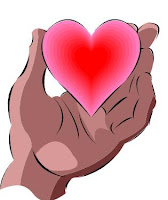 Many high fantasy aspects but a glorious story underneath it all....this is one I'd recommend for fans of the story type both young and young at heart. The characters from the great kings to the messengers all play their parts in the events that unfold and they all leave their mark on it as well.  From the great booming Fthoom who wishes nothing but to put an end to this "unnatural" connection (yeah...there's more there that he's trying to accomplish, of that I'm sure) to each and every pegasus that is encountered (Ebon of course, but also Hirishy, Sylvi's mother's pegasus...Lrrianay, the king of the pegasi and Ebon's father...and little Niahi, Ebon's spritely sister), each one creates a memory before book's end.  Everything that happens no matter how mundane it seems is adding up to a big splash of an ending...and boy what an ending it is!  *shakes head* I'll certainly be watching for the next installment with eager eyes and my heart in my hand.

ARC for review received courtesy of Sara at G.P. Putnam's Sons a division of Penguin Young Readers Group.  (THANKS!)  To find out more about this title and their full catalog, visit their website or follow along on Twitter.  For more information on the author's previous and current works, be sure to check out her web page.

Juju: Than this is TOTALLY up your ally. ^_^

Wow! This sounds fantastic! I've been reading some great fantasy recently and this one sounds like one I actually might pick up. I love the connection and the different characters in fantasy, although I'm definitely more of a fan of the movies like you mentioned. Fabulous review!

She wrote the horror book Sunshine, right? I've always wanted to read that one. i saw this one at a B&N some time ago and thought it sounded pretty interesting. Hmmm....