Coming to an eReader near you....Broken by Sarah Jane Bigelow

It's the end of another week and EGAD!  Can you believe January is almost done and over with?  Where is the time going?  *looks under rug*  Oh well, I suppose we'll just have to make the most of what's left of the month...and when it comes to reading, there's a lot to share.  ﻿

Today's post is all about an upcoming YA title set to release January 25th, 2011 from the folks over at Candlemark & Gleam.  Why mention all of that now you ask?  Ah, you are wise to ask my friend.  You see, this publisher is fairly new to the scene, in fact this is only their second title (pardon me, if I'm off on the count) released thus far...but if it's any sign of what's to come, you'll want to be well acquainted with them.  Shall we dive right into today's feature?  Here we go!  Today's book of choice is....

﻿It all begins with a cryptic message written by someone in the past about the future...which is Michael Forward's here and now. He has been chosen for a task far greater than a man, let alone a boy of his years, could be expected to carry out....yet he will try nonetheless (teenagers, a rather stubborn lot aren't they...hehe). His success or failure means a world of difference to the whole of mankind. Will the threads of hope so sparsely seen in his visions of the future hold together long enough for him to see his "mission" through? Or will he meet an untimely end even HIS abilities weren't able to foresee... 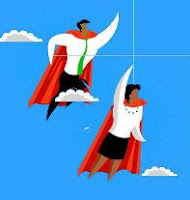 Set in a future version of our world that one would hope to never see and taking place for the most part in what was once New York, the real world connections are fairly strong enabling the reader to immerse themselves fully in the experience.  The year is 2106.  Many nations have fallen, aliens live among us, and Extrahumans (those with special powers) are common place...although they may not be as much a part of society as the powers that be have them thinking.  Sky Ranger is head of the Extrahuman Union and Silverwyng is his right hand girl; together they carry out missions as assigned...without a second thought as to the motive behind them.  All that changes when her powers begin to fail leading to a downward spiral in more ways than one and giving us a sort of anti-heroine in the making; an unexpected beginning that leads to an even more unexpected end.

The story is delivered in a broken format, that is it switches back and forth between what IS happening and what is being remembered or foreseen. It's a bit disconcerting at first, but once you catch on it's not as noticeable. The story line itself is grand in nature with repercussions felt no matter what choice is made (just like life), but the real magic is in the characters created. Each one has a unique personality, a voice to be heard even if they refrain from speaking often....but they also have faults (some in bigger ways than others), an aspect that many authors tend to gloss over despite the fact that it makes them even more real in the eyes of readers. Truly, it does! 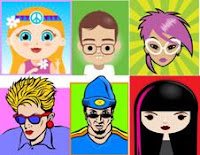 I love how Michael's visions were imperfect, changing based on decisions made at any given moment; much like our own lives.  I love Broken AND Silverwyng, their stories both had tragedy and yet they come together in the end coexisting in a peaceful harmony (there's more of a "connection" between these two characters, but I'll let you discover that on your own).  The supporting cast met along the way add more spice and flavor to the mix with their strong opinions, tendency towards violence, and hidden abilities.  Even the infamous "thin man" that is feared by one and all throughout the book has a few faults that lead to his...well, unexpected situation (not gonna ruin it for you...nope).

Though there are a few stagnant parts...such as the time they take up residence for a few months with a Raton family (yeah, seemed unnecessary to some degree, although they did create a few connections that hold greater meaning later on during their stay)....overall this was an interesting read from start to finish. You never quite know where the next page turn will take you (even with Michael's glimpses into the future) making this one hard to put down, or rather close (eBook and all).  One caution to younger readers, there is colorful language at times as well as a few sensual scenes and a fair amount of drinking on the part of Broken (plus foul orders that literally permeate off the page....yeah, might not want to eat while reading those sections....). It didn't inhibit my reading of the book or enjoyment of the story, but just be aware.

Recommended for fans of the YA genre who like a good sci-fi or dystopian twist to their reads. This title is scheduled for release on 01/25/11...so mark your calendars! eBook ARC received courtesy of Kate at Candlemark & Gleam.  (THANKS!)  For more information on this up and coming publisher, be sure to visit their website or follow along on Twitter.  Also, for those aspiring authors out there seeking to get their work published, according to their site, they are currently accepting submissions (at least as of the date/time of this post)!  Find out more via the link.

Sounds interesting, though I think the time shifts in the story telling might drive me crazy. Nice review!

I'm with NotNessie, I think the changes in time etc would put me off as well.

Interesting. Looks like one I should look into more :)

NotNessie: It's really not all that bad, just something to get the hang of initially.

Petty Witter: Aw nuts....well, perhaps it's better you're aware prior to the read.

This book looks very nice. Thanks for this review.