Hi there, insatiable readers!
How are you this fine day?
Here...it's cold.

VERY COLD.
So cold in fact you'd think that FL was merely a state of mind as opposed to the supposed "sunshine state" but you know what...I'm not really complaining.  Why?  Because in a few weeks (at most) we'll be sweating with the best of them and these cold wintry days will be nothing but a fair sweet cold fantasy inducing memory.  So I say YAY for the cold weather!  Hey, I can always bundle up more but ya know, the who undress part on the flip side of things reaches a modesty issue at one point or another.  Anywho...

Today we are going to take a look at a book from the realm of the Memoir.  It's a touching story that is sure to have your attention captured from the opening scenes of despair straight through to an amicable "ending".  Without further adieu, may I present....today's book of choice! 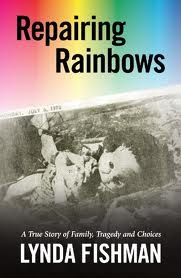 This is the story of a family torn apart by a tragedy that affected hundreds if not thousands of lives and the fallout experienced everyday as a result. This is also the story of how one young girl made a choice to do everything she could to escape the cloud of despair that followed her (at times successfully) and found true friends, true family, and herself along the way.

July 5, 1970 is a day that Lynda will never forget; they day her family went from a bustling 2 parent, 3 child household.....to a shell of its former self with two inhabitants left behind. On this day, her mother (Rita) and two sisters (Carla and Wendy) were flying from Montreal to California; the rest of the family already having made the trip on a prior flight. The plane was making a stop over in Toronto when something inconceivable happened. This would be the final flight for all 109 passengers on board as it made a crash landing just outside its destination. Who was to blame? It was never truly determined, but it certainly wasn't the passengers nor the families they left behind. 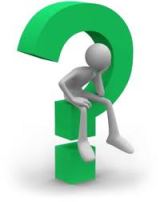 How DOES one review a memoir? It's a question that's been popping up on more than one blog that I frequent and since I can't possibly visit every blog out there (though I'd try), I'm certain others are seeing it too.  This genre tends to weigh in heavier than fiction or YA not because they lack any more merit but simply because they REALLY happened. It's someone's life story and how can you really say "oh no, this was horrid" about their life.... It is what it is....a collection of memories shared about their family, friends, and significant moments that struck them as momentous for one reason or another in the times they have seen thus far. (Hence why when I see memoirs by the likes of Justin B_____ {you can fill in the blank}, I can't help but chuckle....I mean how much could they possibly have to share other than "I came, I went to school, I got famous, yay me" at this point in their lives....but I digress.)

For me, the story was powerful not only in regards to the tragedy that occurred and those followed in the passing years like so many rain drops from the sky, but also in messages delivered. Never give up. Keep on trying. Every rainy day ends with a rainbow. If I had to pick a song to go with the message, it'd be an oldie but a goodie.....try "That's What Friends Are For" by Dionne Warwick on for size. Seriously...if you haven't heard it before, take a listen. It reminds us, as does the book, that friends whether they be of blood relationship or simply bonded for life are there through the good times and the bad. They can be depended on and leaned on in times of need.....and you know why? Because we'll be there for them when they need us. 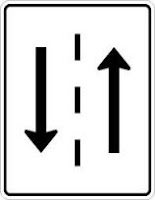 Friendship in all its forms is a two way street as is love. If all you do is receive or take, one party or the other is missing out and the feelings of security, contentment and trust will never truly form. In some cases, this is a good thing...especially when their personality is more toxic than beneficial to your life (as is the case with Sonia, her step-mother in all the darker senses of the word), but in most cases it is a loss felt by the heart (a prime example, her father who was too broken to see what he was doing to his only daughter as he pushed her further and further away).

The relationships she formed in later years with her grandparents, friends, and future husband all go to show that good things can still happen in trying times. The openness with which events are shared no matter how small is touching, almost as if we are being invited into her circle of friends. You can feel the love she had for those that touched her life in immeasurable ways as well as the contempt for those that tried to stem not only the healing process but her ability to choose what happens next. The life he built for herself with the help of loved ones is a true testament to the power we have over our lives no matter how small it may seem in our own hands. 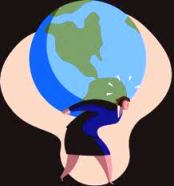 There are only two comments...more observations if you will....that I will make about the actual story. As an outside observer, a third party witness to this tale, it is clear that ill feelings are still harbored towards Air Canada for both the incident and their handling of things afterward. I can't say that I blame her. I mean her whole life was changed because of this tragedy. Her mother and sisters were ripped away in the blink of an eye....I couldn't begin to even say I know how she feels because in truth I do not. The only thing I would say is that she has struggled so hard to let those things go that she could not change and make the choice to have a happy life...make the choice here to if not forgive, at least relinquish her hold on the torch of anger that burns so brightly in her hand. With all the progress she has made, it seems to be one of the final burdens weighing heavy on her shoulders and it's hard to see someone whose star shines so bright with their determination and heart still be held back by their own history (no matter how tragic).

Secondly, I'd like to echo a comment from her relations on "the other side"; live your life in the now. It's great that you were able to make a connection with them for all parties involved. I'm certain it acts as a comfort for everyone while answering many a question that has been haunting you and your family, but those things can not be changed. Time can not be reversed and to lose a minute of the second chance at life you were given would be the real tragedy. Always keep them in your heart and by your side, but let the here and now fill the void they're departure created. You've already seen the benefits of doing so in smaller bouts; imagine if you made the choice to do so on a broader level.

'Repairing Rainbows' isn't simply a title, it's a belief. It's that visual lesson on a stormy day that things will be bright once again, given time. In short, it's a tale of a personal tragedy that strikes to the core, but also a reminder that things can and will change if we both allow ourselves time to grieve and welcome those into our lives that will make us better for having known them. People come and people go whether of their own will or snatched away by time. It's what we do while they are here in our lives that truly counts...no matter how brief.

Recommended for anyone who has had tragedy touch their own lives as a means of sharing the experience, but also for those looking for the inspiration that comes from having found that silver lining in the dark clouds. Before I close, a few side notes you may find beneficial.  Many have expressed curiosity as to the cover of this book....it is actually a photo from one of the news clippings regarding the crash. The doll taking center stage in this heart wrenching display belonged to one of her sister's...an unfortunate visual confirmation/reminder of the tragedy that took place. Second, one of Ms. Fishman's many accomplishments to note was the creation of the Adventure Valley Day Camp which aims to provide an enjoyable experience for every camper in a safe, fun-filled environment...including those with special needs; a truly "one for all and all for one" endeavor the whole family takes part in.

Special thanks to author Lynda Fishman for the review copy. (THANKS!) For more information about both book and author, visit the books website or follow along on Twitter.


Until next time...happy reading.﻿

You wrote a wonderful piece about the book. It's good that the author is working/has worked through a lot of the anger and sadness that would swallow a lot of people. Probably, in just writing this memoir, the last few resentments will hopefully fall away? It must have been a hard book to write. and cathartic.

I know just what you mean about the reviewing of memoirs, it always feels to me that I am somehow reviewing someones life. You did a wonderful job though, thanks for this.

I think you did a terrific job in reviewing this memoir. It is a tough job to do because it is real life. The best you can do is be honest with the emotions it brings up in you and don't criticize or judge.

Wow! What a beautiful review! I find it extremely difficult as well to review memoirs and have almost completely stopped because of it. It's hard to critique someone's life, their experiences and struggles. But I think you did an excellent job. Definitely one memoir fans would enjoy it sounds like.

Wow, what a great review. Huh i didn't think it was that cold here in FL today.

Memoirs are hard. Really hard. I think you did an awesome job. I recently did one too. In the end I wanted to take the author to tea. I felt like I knew her.

You are so right in saying that reviewing a memoir is challenging. I think in these cases the power of someone's personal experience should overshadow the writing ability/narrative construction. You have to respect what they've gone through on an emotional level rather than critique their writing on a professional scale.

I know many reviewers will disagree, but sometimes you have to put humanity first.