Welcome back everyone!
It’s day FOUR here at Satisfaction for Insatiable Readers where the week has been all about bookish love in any of its many forms.  Quick reminder...there's still one contest going on right now for a SAWEET prize pack you won't want to miss!  For details and how to enter, just check out the right hand side bar under 'Current Contests' for the link.  Now, on with the show....

Today’s post is a conundrum of sorts, hence the post title which can be read both forwards and backwards and STILL fit the bill for the selection today.  It’s a newly released Young Adult book that puts the love of dance center stage…at least until the power of suggestion and hormones kick in.  This is a good example of the extremes that we’ll be exploring in this week’s love fest so make sure your seat belt is fastened, you’re in for an interesting ride.  Today’s book of choice is…. 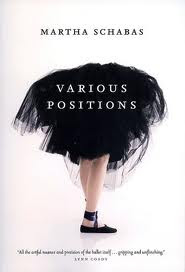 Trapped between the hormone-driven world of her friends and the discontent of her dysfunctional family, fourteen-year-old Georgia is only completely at ease when she's dancing. When she is accepted into 's preeminent ballet school, thinks it is the perfect escape. Artistic Director Roderick Allen singles her out as a star, subjecting her to increasingly intensive training, and obsesses about becoming the perfect, disciplined student. But as she spends more and more time with Roderick, it's not so clear exactly what their relationship means. Is he her teacher and mentor, or is there something more? These blurred lines will threaten both Roderick's future at the academy and 's ambitions as a ballerina.

Okay, so color me clueless.  The description tells you the darker aspects of life that the story will explore (maybe not in so many words but its there) and yet my brain focused on the ballet aspect of the story (love the cover) when considering my interest level in this title.  Now don’t get me wrong there IS ballet in the story and a healthy serving at that.  The school, staff members roles, rigorous training schedules and focus on studies as well as their art is described in detail….however the rest is charged with pure sexual energy; considering the cast is predominantly made up of 14 year olds, it felt a bit off. 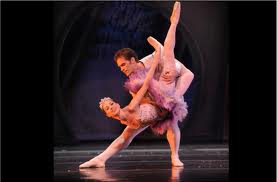 Call me a prude (okay, please don’t but think it if you must, it is your opinion after all to which you are entitled as I am to mine) but the girls in the story came off as entirely oversexed to me.  I mean really, I understand in their chosen artistic field the amount of spandex runs high and the term personal space is nonexistent, but really…does every interaction have to mean something else?  I mean when I see ‘The Nutcracker’ performed (almost) every year with my family, I’m enjoying the story’s magic brought to life in a sweeping performance of beauty and physical endurance…not thinking about the male performers after work activities. One would think that since their love of ballet is so strong (or rather should be) that they are seeking to make it their life’s work, focus would be on perfecting their form, getting the most height from their grand jete, and sculpting a lean but strong body to withstand the rigors of the dance.  Are these concerns?  Yes…for some, including our main character until she meets the other dancers at her new school. 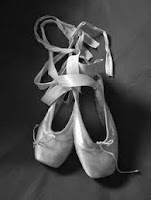 The problem I had was that the other dancers we aspiring ballerinas too which left me wondering…what gives with the “whose done what to whom and with whom” dialogue that seems to engross their every waking moment when not in class?  was a “good girl” whose heart was set on achieving her dreams and sought out a place where she could cultivate that dream into reality but all she got was one hormonal mass of suggestions that could jilt the steadiest of navigators from their course.  I get it.  They are young but still.  The whole situation with Georgia and Roderick however real or imagined was beyond me; the fantasy turning to reality (or trying to).  I guess this is a time when your own moral code or focus comes into play because mine was never “there” even when the narration was trying to lead me like a horse to water.  This book takes things to a dark place, away from the beauty however traditional or non that most associate with this form of artistic expression….but that’s not to say it doesn’t hold any merit….

On the positive side of things, the author did a great job in exposing the rigors of the ballet world as well the emphasis on body type and shape.  We see how the traditional picture of beauty is more than simply a pretty face but a strong body and the ability to exude the emotion of any given scene through calculated movements while still maintaining an air of grace.  The dangers of anorexia are touched upon including the aftermath of taking a quest for the perfect body too far…much love to the author for giving us Chantal to explore this matter with.  We even see how the secrets of another can affect more than those initially involved and that age old statement of “the truth will set you free” is validated more than a few times over.

In short, though I have a fondness for the dance, this is one I’d rather have sat out.  For me the “coming of age” aspect of the book was a bit much and over shadowed the other storylines coursing just below the surface.  Recommended audience despite the leads age is definitely OLDER teens through adults, in my eyes.  Will it be for everyone?  No…but what book ever is?  Just like with the art of dance, everyone has to find their step…perhaps this one is more yours than mine.  This book saw its publishing debut just this month and should be available on a bookstore shelf near you.

ARC for review received courtesy of Ksenia at Macmillan.  (THANKS!)  For more information on this title as well as the publisher’s full catalog, feel free to visit them online, ‘like’ them on Facebook or follow along on Twitter.

I saw this on my library's new books list and it caught my eye -- I too love dance, and am getting into ballet books (haha). Plus, I have a black tulle skirt from Shabby Apple that makes me think of the cover image, LOL!

Def think this one will be a library read - so I won't feel bad if I ditch it...

Well done review! I've never been a big ballet fan, and took tap and jazz as a kid instead. I don't know...just wasn't for me for some reason. Based on that, I don't think this book would be for me. Especially not with a bunch of oversexed 14 year olds. Guess that makes me a prude too?

I was beginning to think I was a prude until I read that you had the same thoughts! Maybe for 16-year-olds, okay ... but 14 sounds a bit much ...

Rebecca: Yes..good choice to start with. I mean you never know...and kudos on the skirt! ^_^

Claudine G: Yes..agreed....just seemed so young for that part of the content. glad I'm not the only one that had that reaction.