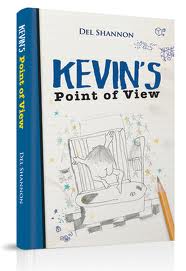 "You're my best friend, Tony " Kevin answered. "And I don't care if you puke like a grunting dog trying to pee on a tree."
-- pg 199, Kevin's Point of View by Del Shannon


Ha! Admittedly gross but really too funny! Especially considering all they've been through at this point in the book.  If you follow me on GoodReads or Twitter, chances are you saw my closing remarks when I finished this one.  Suffice it to say that YES, I would recommend it...and YES, it is THAT good.  Review coming soon! 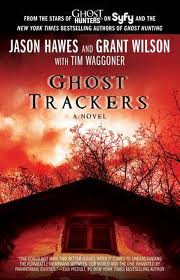 He was a trained observer, and it wasn't like him to miss an important detail like a man walking up to interrupt their conversation.  It was almost as if he had materialized out of thin air, a ridiculous thought, of course, but one that Drew couldn't shake, especially given what the three of them had been talking about when the man arrived.
-- pg 63, Ghost Trackers by Jason Hawes and Grant Wilson with Tim Waggoner

Seeing as how I haven't quite made it this far into the book, I can only guess at who or what they were discussing but...did anyone else get chills just now?  *-*  If the authors name's are familiar, they should be....not only did I just read another book by the duo but they are the team (well, the first two at least...not certain on number 3 there) behind the series Ghost Hunters on Syfy.  So, how's the fiction side of things shaping up?  So far...so good!  Should be finished tonight or tomorrow.

The quote from Kevin's Point of View is too funny! Looking forward to your review!

Loving that quote from Kevin.

Both good. But the first one made me laugh :)