Hi there!
Welcome back to Satisfaction for Insatiable Readers…the place where things usually run according to plan…bookishly speaking at least.  Yes, today has been an interesting day to say the least.  Mom was suppose to have surgery…and yes I said suppose to because up until about 20 minutes ago, she was; then the doctor said there was a complication and he needs to postpone it.  *-*  _hand to face_ If I wasn’t stressed out enough by the events themselves, no…now we have to start all over again another day.  Oye…life, sometimes she brings you an orchard of lemons…but other times, she brings an unexpected bounty through the most unanticipated means, which leads me right to today’s post. 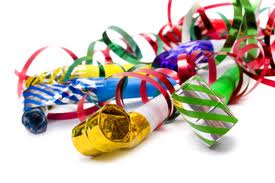 It’s a book that’s set to celebrate its bookish birthday tomorrow, but I’m bringing you the review today.  Why?  Ah, see…there’s a method to my madness (if you want to call it madness that is…it’s not like I’m running around like the Mad Hatter or anything).  The lovely author behind the work was kind enough to grant me an interview, and what a session it turned out to be.  Let’s just say that you’re in for a moving story in both the book AND the answers….the later of which will be revealed tomorrow with an extra special treat, so be sure to stop back by!  Now then, let’s introduce this wonderful new book, shall we?  Today’s book of choice is…. 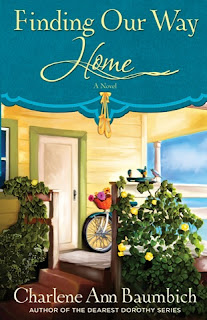 The road home can be daunting—and sometimes it takes a very capable girl on a bicycle to help find the way.

When principal ballerina Sasha Davis suffers a career-ending injury at age thirty-seven, she leaves her Boston-based dance company and retreats to the home of her youth in . But Sasha’s injuries are limiting and her recently deceased mother’s absence haunting. Since she can’t do it alone, she is forced to hire a temporary live-in aide.

Enter the über-capable Evelyn Burt. As large-boned as Sasha is tiny, Evelyn is her employer’s opposite in every way. Small town to Sasha’s urban chic, outgoing to Sasha’s iciness, and undaunted where Sasha is hopeless, nineteen-year-old Evelyn is newly engaged and sees the world as one big, shiny opportunity. Is there any way for such a mismatch to make life better?

Evelyn soon discovers Sasha needs to heal more than bones. Slowly, as the wounds begin to mend and the tables tilt, the two women form an unlikely alliance and discover the astounding power of even the smallest act done in the name of love. Finding Our Way Home is a story of second chances and lavish grace.

Despite the lack of a snow globe on the cover, this book is in fact a part of the Snow Globe Series (for a peek at the rest of the series, check out my reviews of Stray Affections and Divine Appointments right here on the site).  What is this series, you ask?  Well, to put it simply, they are stories of men and women at various points in their lives looking for direction, a little guidance if you will, to a future for themselves and those they love…worth achieving.  They’ve lost their way as so many of us do and through their steps and missteps we learn a bit more about them as well as ourselves along the way.

Let me be upfront about something, this is labeled as Christian Fiction…a genre I don’t generally partake of due to its tendency to get “preachy”.  Ms. Baumbich’s work, for the most part does not.  True there are mentions of God here and there, as well as a plenitude of Grace both sought and shared, but it doesn’t overpower the story making it a sermon as opposed to a work of fiction with morals entwined.  Of the three books in the series, this one stepped a bit closer to that fine line than I might have liked, but in the end, my enjoyment of the tale spun and the connections I made with the characters allowed this reader to turn the last page with a smile on her face and a lightness in her step.  Now, back to the cover….

Aside from the lack of snow globe gracing the front, there was a rather big change in the cover’s color scheme that begged me to include both the final (seen above) and the ARC (seen here).  A lot of thought and planning goes into a cover choice, so by no means am I discounting the research done to find a suitable match, but personally, I’m a fan of the ARC cover more so than the final.  Something about the reds and pinks used is warmer to me than the stark contrast between the blues and yellows…not to mention when I think ballet shoes, I think pink; any thoughts or opinions on them….feel free to leave them in the comments.  But enough of that….let’s move on to the characters….

Evelyn and Sasha couldn’t have been more different if they tried and yet they worked so well together.  At times those differences created rather interesting situations (i.e. the warped pan that served as a bird bath…at least for a while) and obstacles to overcome, but they also presented opportunities for them to grow as individuals and towards a friendship you’d have never guessed was just waiting to blossom.  They are both forces to be reckoned with in their own ways what with Sasha being the strong but silent sufferer that she is and Evelyn being the outgoing sometimes brash girl she is.  They both discover their weaknesses extend far deeper than the physical while their strengths come straight from the heart and it’s those realizations that help them along the path to true friendship. 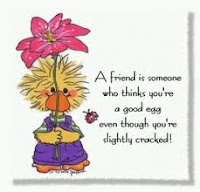 Sasha is dealing with her own demons; ones that she has yet to even acknowledge until this perpetually optimistic teenager stepped into her life.  She’s hidden herself away from the world and allowed the fear of what is now versus what was then to harden her heart.  It takes the prodding (and good natured interloping) of Evelyn to get her world spinning on two well balanced toe shoes again.  Will things be the same?  Certainly not as some things even time can not heal fully, but from all appearances, things could possibly wind up even better.  Evelyn, on the other hand, is lost in the throes of young (chaste) love but she has a lot to learn and life is not always the kindest of teachers.  A well tuned ear and a delicate hand to help pick her up if she falls, may not be what she expected from this work endeavor but it certainly doesn’t hurt…and even manages to reconnect her with her parents once again.

I do want to make mention of a few “hidden” characters that you’ll have the pleasure of meeting and that make quite an impression.  Mr. Donald Major, whose role is revealed in time, paints an emotional portrait from the male perspective of the story as it unfolds….quite touching really.  His plight is partially self-induced by his desire to please another but by book’s end, even he will make a change.  Also, there’s Burt Burt….yes, that’s his name….Evelyn’s Uncle.  It was so nice to see him again as he was a key character in Stray Affections, and a lovable one at that.  His enthusiasm for life and love of his fellow man is evident in everything he does, which serves as a marvelous influence on our young lady…and a great example of a life well lived.

All in all, a lovely read that serves to remind us that we’re never truly alone in this world if we open our hearts to the possibilities that surround us and allow ourselves to be loved.  Whether that love is from a spouse, a family member, a close friend or even in the form of self-respect, we are all worthy of it and the Grace that it injects within our lives.  Sometimes seeing oneself reflected in the eyes of another is needed to cause a reaction, enough for us to make a change; other times….it takes a good kick in the proverbial pants.  Evelyn and Sasha were that needed push to each other and the resulting changes were remarkable in them both. 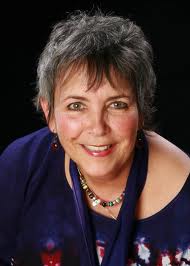 Recommended read for older teens through adults…the story does not contain questionable content, however with the weightier feelings and issues traveling about, it’s best left for the appreciation of a more mature crowd.  ARC for review courtesy of author Charlene Ann Baumbich.  (THANKS!)  For more information on this book as well as her complete works, feel free to visit her sparkly self online or follow along on Twitter.

REMEMBER:  This book celebrates its bookish birthday tomorrow from Waterbrook Press, an imprint of Random House.  Be sure to stop by to check out the interview with Ms. Baumbich herself…with a little something extra.  Stay tuned!

Along with Westerns, Christian fiction is not a genre I've read (unless you class The Chronicles Of Narnia as such as some do)as I worry that as you say the books might be a bit preachy ...... perhaps I'll give this one a try.

I do hope you mom is okay, and all gets better. Thanks for the new book. :)

Petty Witter: Same here with Westerns...not saying I wouldn't try one but I definitely wouldn't gravitate towards them. I'd say start with STRAY AFFECTIONS from this series if you'd like to give it a go... ^_^

Melissa: Thanks, Melissa! One day at a time. My pleasure on the share!

I'm so sorry to hear your mom's surgery had to be postponed. I can just imagine what a nerve-racking day the both of you had. Hang in there, you guys.