Furnace Penitentiary WAS just the beginning...

Hi there!
Welcome back to Satisfaction for Insatiable Readers…the place where the party is AT as I celebrate my THREE YEAR BLOGOVERSARY today!  (Woo-hoo!)  Definitely excited despite being uber tired from my ultra busy week and I’m sharing the fun with you all week long with a special series highlight and a few chances to win.  Speaking of which…. 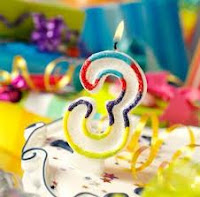 TWO things before we tackle today’s feature. First up, big news from author Scott Cramer as his Young Adult title Night of the Purple Moon has hit #60 on the TOP 100 FREE DOWNLOADS list and with that news comes ANOTHER CHANCE to grab your copy before it returns to regular price.  It’s a title that I’m set to review a little later this year, but that doesn’t mean you can’t check it out in the mean time.  Just see Tuesday’s post for a brief synopsis and a quick link to get you right where you need to be.  Reminder number two...a mind is a terrible thing to waste, but that’s just what some children feel they need to do in order to fit in.  Let’s show them that SMART IS COOL and celebrate their intellectual power with author Dom Testa, The Big Brain Club…and a giveaway!  Check out my interview with the author and be sure to get your entries in by midnight 05/20/12; just click on the link in the right hand side bar for more details.

Now, let’s get today’s party started, shall we?  Time to take a look at the FOURTH installment of a Young Adult series great for the guy readers in your life as well as the adventurous gals (*raises hand*…whose with me?)….Escape from Furnace.

WARNING:
Being that we are covering a series, there may be a few minor spoilers along the way but I’ll keep them to a minimum and trust me when I say that you’ll still want to read this lot for yourself regardless.

This time around the title promises freedom of a certain variety but if we’ve learned anything from this series as it progresses, there is no true escape from the heck that is Furnace.  Ready to see just what happens next?  Here we go.  Today’s book of choice and fourth installment in the series is… 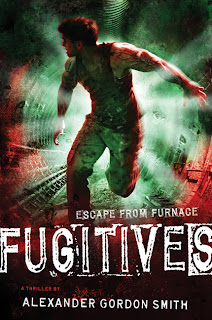 Forever altered by his experience in Furnace Penitentiary, Alex has done the impossible and escaped. But the battle for freedom is only just beginning. Charged with his superhuman abilities, Alex must uncover the last of Furnace’s secrets—the truth about the man who built the prison, the man known as Alfred Furnace. And to do that he must stop running and finally confront his greatest fears.

When we last left the fellas, they had just cracked heck-under-Earth and were pouring out with their fellow inmates like so much black water rushing from a dam in the dead of night….but with their escape, guess what else makes its way to the surface?  You got it.  The evil that was hidden below ground makes its debut with berserkers, black suits, rats (did I mention them yet?  I should have….they’re scary too but it’s not their fault…) and of course, the Warden.

You thought Hitler was a scary man (which he was, scary and evil)…HA!  This guy puts him to shame and that’s just the tip of the quickly melting iceberg.  As with any prison break, the police are called out to quarantine, contain and capture….but as this is not your ordinary escape, so is the National Guard, the Army, and all the troops of Furnace.  ALL THE TROOPS.  In fact, it’s almost as if they were ready and waiting for something like this to happen.  They’re almost TOO organized, TOO ready to go…TOO strategically placed.  *-*  Could it be that Furnace was simply biding his time and the scope of his master plan has been far beyond the confines of Furnace Penitentiary this whole time?  You better believe it.  So what does that mean for those just now tasting freedom?  It means that they better enjoy it while it lasts.  It means that heck on earth is about to be unleashed and engulf them in a war that’s just waiting for the right spark to light the starting fires…and the “man” behind it all, SHOWS NO MERCY. 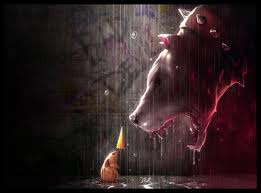 There are many battles ahead but just as many realizations to be made as the pieces of this crazy puzzle SLOWLY begin to come together.  You’ll see the best of human kind AND the worst in the pages to come; have your faith in humanity restored and then ripped away time and again.  Alex will grapple with what he’s become and the awful truth that isn’t fully understood until the final pages.  Simon and Zee will show their true colors as they struggle to maintain their grip on Alex’s humanity as well as their own.  We even pick up a new friend or two along the way, much to my surprise, but they add another perspective from which to see the events unfolding that holds promise.

Along with the “good” introductions, comes the not-so-good….or downright evil.  The more darkness that pours forth from the depths of Furnace, the more some of them look like mere playthings against those that serve Furnace himself.  The black suits are blacker (evil).  The rats more potent and able to spread their madness like a disease on an extended vacation.  The berserkers are more bizarre…and their reactions to Alex more perplexing.  Even the unusual connection between Alex and Furnace has a frighteningly new aspect with voices he can’t escape and visions he can’t control….nor really understand until they come to pass in the most ironic of twists.  It’s another wild ride just begging to be taken as the world meets the horrors of a mind so far gone, no lightness can penetrate its depths. 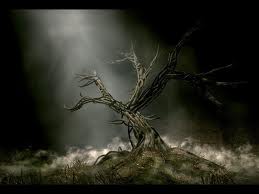 So…in summary, would I recommend this book?  Did I enjoy this installment?  YOU BET.  Hands down, no questions asked.  You might think that by now the story would be getting old….the twisted realities less impressive; that assumption would be wrong.  Some how, some way the author manages to keep the atrocities fresh and the curiosities coming leaving you with only the desire to see this journey through to its end….no matter how bleak it might be.  So yes….a recommended read for older teens and beyond….self explanatory reasons for the “ages” mentioned there.  It’s a dark and wild ride that only promises more of the same to come but at this point, you should be readily willing to admit you gotta have more; I know I did.  In fact, you won’t believe where book five takes you…tomorrow.  ^_^

Review copy BORROWED courtesy of…Mom.  Yes, Mom.  I TOLD YOU she was addicted to this series!  So much so in fact that she initially read ahead of me and HAD to have book four when it released so I purchased it for her and she was off and reading again.  Since then, she’s continued her journey (as have I), but that’s a post for another day.  So THANKS MOM for the borrow!  ^_^  This book saw publication a little earlier this year from MacMillan Children’s Publishing Group…book four stuck with their imprint, Farrar Straus and Giroux.  For more information about this series as well as their complete catalog, feel free to visit them online (1 or 2), check out their blog, like them on Facebook, or follow along on Twitter.  To explore the world of Furnace on your own a little further including wallpapers, excerpts, and an online game, don’t miss the official website!  Last but certainly not least, to discover more about the man behind the series, stop by author Alexander Gordon Smith’s official website, check out his blog, or follow along on Twitter.

Be sure to check back tomorrow for the next installment and stay tuned because there’s that giveaway starting to peak over the horizon (you see it there?  Just over that rise…) featuring a few of my favorite reads.  It’d be a shame if you missed out on all the fun… ^_^

Congratulations on your 3rd blogoversay and here's to many many more. x

congrats and Many More

Happy 3rd Blogoversary! Thanks for dedication and commitment and for hosting one of my all-time favorite blogs. Satisfaction for Insatiable Readers is book blogging with a heart :)