READ ALL ABOUT IT: Seal Team Six Outcasts + Giveaway!

It's Tuesday and you know what that means.

What?
You DON'T know what that means?

This is the (typical) day that new releases hit the book world. That means RIGHT NOW as you sit here reading this post, new titles are making their way to bookstore shelves near you. Tempted? You should be...there's always something to keep an avid reader in books but before I get too carried away (because really, it's BOOKS...how can you not?), allow me to shine a little light on a title hitting store shelves NEXT week. 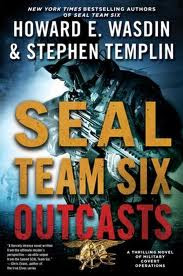 
They are the Outcasts. Because people don’t want to know what they do.


When America’s controversial Phoenix Program was buried during the Vietnam War, a new program rose from its ashes. A top-secret Special Operations unit, with a core mission to combat terror wherever they find it, Bitter Ash grew ever more necessary in a new world of Islamic fanaticism. Now, Bitter Ash is forming a special team, a SEAL Team Six with a difference. It is Tier One, on par with SEAL Team Six and Delta, but it will report directly to Bitter Ash, and its fight will take place under the cover of dark.


With Bin Laden dead, the petty leaders within al Qaeda struggle to assume his role at the top. The president of the United States doesn’t want any of them left to dominate . . . and that means he has only one choice. But doing what’s needed without political repercussions will take a small team flying under the radar. A team capable of finessing the U.N.’s distinctions on national sovereignty and acts of war. A team like the Outcasts.


With no official support from their government and no one to rely on but themselves, the Outcasts must track down each target. Hot on the tail of the third, Brandenburg and the team start to realize that they are closing in on a larger plot, one that puts the security of the United States in dangerous jeopardy. The terrorists are threatening American territory once again, and the Outcasts will have to do what SEALs do best. Whatever it takes to keep their country safe.

Sounds interesting, right?
Okay, so that's probably not the FIRST thing you're thinking.  The first thing is whether or not my site was hijacked by a space alien and I'm gagged in the corner wishing SOMEONE would see through the false posts...am I right?  I could totally see where you're coming from especially if you're not a frequent visitor...because if you were than you'd know my reading interests vary and I give serious consideration to every book that comes my way.

That being said, when I heard about this one I thought two things....first, a war type book yay (<- sarcastic, for certain); second, isn't that the same duo that wrote the historical book of a similar title?  If you said yes, you've done your homework...but even still, historical is not my genre; so why the interest?  The clincher was the excerpt...Chapter 1 in full.  Here, have a looksie.  After reading through that extended sample, I was A) intrigued to see what would happen next and B) amazed that despite the technical descriptions of the equipment and such (men and their toys...oye), I could breeze by that part (as I have little to no knowledge of the particulars of all that and don't plan on expanding my mental database on them any time soon) while still staying up to speed on the story.  You see?  Sometimes it's good to read outside the box, and that point is where this next part comes in. 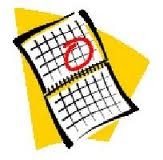 If you read through the synopsis, checked out the excerpt and are raring for more...this book releases next Tuesday, May 29th, 2012.  Circle the date, add a reminder to your calendar, or tie a string around your finger (just don't forget why its there), to note its impending arrival.

HOWEVER...
...in the mean time...
...I might kinda sorta maybe in some way have a chance for you to win it BEFORE you can buy it.
Interested?

I thought you might be.
Thanks to the great folks at Gallery Books / Simon & Schuster, YOU have the chance to win (1) copy of Seal Team Six Outcasts before you can buy it (though it won't arrive until after, it's still awesome-sauce!).  Now, I'm trying something a little different this time around....if it doesn't work, TELL ME, okay?  My email address is easy peasy to find plus I read ALL my comments; I'd rather find out sooner as opposed to later.  This time around, you'll be using Rafflecopter to submit your entries.  It's not that I don't adore Google docs (I do!) but there are a few entries that are made easier by clicking as opposed to copy, paste, and so on.

Special thanks to Ayelet at Gallery Books / Simon & Schuster for the chance to bring this contest to all of you.  (THANKS!)

There you have it!
A new title to be on the look out for and a nother chance for you to win.  Speaking of that "other", don't forget to get your entries in for my 3 Year Blogoversary celebration giveaway!  For more details, click on the link in the right hand sidebar under 'Current Contests'.

I've been interested in the exploits of Seal Team Six for some time.

First think I thought of was that my hubby would love this book. He's not much of a reader but this is his kind of thing and maybe if I won him one he wouldn't be bent out of shape over the ones I've been getting lately ;)

I would love to win this book for my husband. He would definitely love a book about SEALS instead of my girly YA books!

Thanks for the giveaway! My first thought was my sons, avid readers all, would enjoy reading this book!

The great graphics on the cover and the subject matter. rkmarsh@aol.com