Hi there!
Welcome back to the place that aims to please the bookish part of you every day of the week…Satisfaction for Insatiable Readers.

Today, we’re taking a step outside the reading box, or rather MY reading box and heading knee deep into the land of Paranormal/Fantasy.  Whoa whoa whoa…I know what you’re thinking, you’ve seen those genres on the blog before…and yes my friends, you’d be right; the difference however is that those were from the Kids and Teen section of that world.  This one is squarely in the land of regular good old adult fiction.  Yep.  I branched out and with surprising results.  Ready to hear, or rather READ all about it?  Today’s book of choice is… 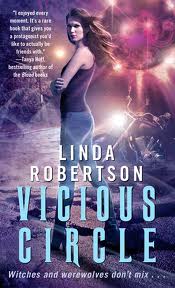 
A girl's got to do what a girl's got to do....
Being a witch doesn't pay the bills, but Persephone Alcmedi gets by between reading Tarot cards, writing her syndicated newspaper column, and kenneling werewolves in the basement when the moon is full -- even if witches aren't supposed to mingle with wolves. She really reaches the end of her leash, though, when her grandmother gets kicked out of the nursing home and Seph finds herself in the doghouse about some things she's written. Then her werewolf friend Lorrie is murdered...and the high priestess of an important coven offers Seph big money to destroy the killer, a powerful vampire named Goliath Kline. Seph is a tough girl, but this time she bites off more than she can chew. She needs a little help from her friends -- werewolf friends. One of those friends, Johnny, the motorcycle-riding lead singer for the techno-metal-Goth band Lycanthropia, has a crush on her. And while Seph has always been on edge around this 6'2" leather-clad hunk, she's starting to realize that although their attraction may be dangerous, nothing could be as lethal as the showdown that awaits them.


Book one in a six book series (so far) that blends the paranormal and magical worlds of witches, werewolves, vampires, and more.  More?  Yes, more!  But…don’t go thinking you know these creatures or their human counterparts because they’ll turn your previous convictions on their head and send you for a spin.  In a good way, promise!

First up, the witches…seeing as how our leading lady and narrator is in fact a witch; just don’t go waiting around to see her fly off on a broomstick or don the stereotypical long black dress and pointy hat.  This witch prefers cami’s and jeans but her powers are GREAT nonetheless.  She goes by Seph and I love her attitude, which she OBVIOUSLY inherited from her family bloodline because really, her new rooming buddy (aka Nana, her grandmother) is a hoot and a half!  There’s not a conversation she can’t wedge a word in edge wise nor a situation that she doesn’t have some input about…but she also has the best intentions of those around her at heart.  Does that mean there’s no room for our spunky elderly matriarch to grow?  Of course not!  That’s where Seph gets to teach her a new trick or two…ha!  A new trick…you’ll see why that’s funny in a sec…back to Seph. 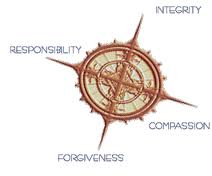 Seph is a witch that walks the line between following her world’s laws and guidelines and following her own moral compass.  Which one points to truth?  Both…sorta, but if I had to put my faith in one, it’d be her morals because she’s not afraid (mostly) to do the right thing even if a chance has to be taken in order to get it done.  You know, such as risking her own life and the safety of the life she’s built in order to save a cross species friend who might have otherwise been written off…or getting to the bottom of things even when they seem cut and dry on the surface revealing a hidden truth you wouldn’t have smelled a mile away.  She’s got talent, she’s got spirit, and she’s got a lot to learn but she has the skill to do it and do it well.  Now as for her friends…

The circles she keeps include our buddies the werewolves and in this world they and their other paranormal counterparts are out of the woods, coffins and covens so to speak.  The world knows they exist, but nobody said they were happy about it.  It’s not an all out witch or were hunt but it’s not a red carpet welcome either.  That being said, services such as those offered by Seph when its full moon time are much appreciated; that’s room and board or rather kennels, clothes and snacks to you and me.  Oh, and these aren’t just random were’s that come a calling.  Nope.  Over time, they’ve built friendships, connections with Seph and each other and that comes into play more than they realize it will as events unfold.  Also, we can’t end a discussion about the were’s without a nod to Johnny.  Whew!  He’s not your average Joe and at first his looks may startle you really (black leather, piercing and tattoos anyone?) but you can’t judge a book by its cover and believe me, the contents of THIS one are 100% inviting.  *ahem*  I’ll leave it at that…for now.  ^_^  Let’s see, what am I forgetting…oh yeah!  The blood suckers… 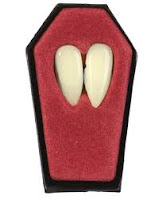 Yes, this is one series where the vamps have power and yet aren’t favored for the most part; strange considering their doggy counterparts seem to live in that role most literary turns.  The ones in this book are SERIOUSLY…wrong.  From Goliath (oh boy) to Menessos (BIG TROUBLE), Seph makes a few too many “friends” who’d she (and I) would rather not have made to set things right but like I said, she doesn’t back down from a fight or when a friend is in need.  The path she’s chosen (or has it chosen her?  *ponders*) is not going to be easy, and it’s probably going to be dangerous but lucky for her (and for us) she’s got a few good, no GREAT friends at her side to see her through for better or worse.

Overall, an enjoyable read that kept me coming back for more page after page and character after character.  *ahem*  There’s enough background on each of the paranormal factions to entice you and build up the world you’re encountering but not SO much that it becomes overwhelming.  So if you’re into magical adventures with a twist of normalcy and a good bit of hunkiness thrown in for good measure, I’d totally recommend this book be added to your wish list post haste (for older teens through adult readers).

Review copy received courtesy of Melissa at Pocket Books, a division of Simon & Schuster.  (THANKS!)  For more information on this title as well as their complete catalog, be sure to stop by their site, like them on Facebook or follow along on Twitter.  OH!  As previously mentioned, this is BOOK ONE of a current SIX BOOK series; the sixth of which was JUST released this month and is entitled, Shattered Circle.  I’ll be reading my way through the series as 2013 continues so be on the lookout for more on how the story progresses, but in the mean time if you've read ahead…scope out the waters for me, okay?  ^_^

Oh, I'm liking what I'm hearing of this series around the book blogs. Thanks for sharing this one as well. Sounds like lots to offer here. :)

Well hello this looks good and I love that you are sharing an adult read :)
I love all the supernatural creatures hanging out in this paranormal..awesome review!

you had me when you said that Seph's grandmother was kicked out of her retirement home. She must be quite the character. love them both already. Will be looking for this one. Thanks.