Today, we're closing out the week and a blog tour already in progress with the folks over at TLC Book Tours.  (~waves~)  I apologize in advance for all the cooking, and food references you're about to encounter, but with a book like this, it practically BEGS to be done!  Trust me, you'll see what I mean.  As I'm not one to keep my guests waiting, let's get you seated and dig right in to today's book of choice... 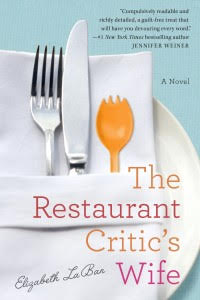 About the book...
Lila Soto has a master’s degree that’s gathering dust, a work-obsessed husband, two kids, and lots of questions about how exactly she ended up here.
In their new city of Philadelphia, Lila’s husband, Sam, takes his job as a restaurant critic a little too seriously. To protect his professional credibility, he’s determined to remain anonymous. Soon his preoccupation with anonymity takes over their lives as he tries to limit the family’s contact with anyone who might have ties to the foodie world. Meanwhile, Lila craves adult conversation and some relief from the constraints of her homemaker role. With her patience wearing thin, she begins to question everything: her decision to get pregnant again, her break from her career, her marriage—even if leaving her ex-boyfriend was the right thing to do. As Sam becomes more and more fixated on keeping his identity secret, Lila begins to wonder if her own identity has completely disappeared—and what it will take to get it back.

The story itself is like a watched pot of water....slow to boil but eventually accomplishing what it started out to do.  The task in this case is to entertain and even perhaps enlighten readers to the ins and outs, ups and downs of being a local celebrity...of sorts...while also displaying the darker side of that perceived fame.  It's not all flames of glory, tastings, ratings, and published opinions.  The ones you never really think of, the ones you aren't intended to see, are the family of that celebrity and how that spotlight affects them.

Here, we have a restaurant critic (go figure with the title, right?) that aims for anonymity not just for himself in regards to his work but in his life AND his family's; a mighty tall order when you consider he's MARRIED with TWO children.  It boils down to him verbally restricting them from having friends, telling anyone anything personal, and pretty much having a life outside of what fits into keeping the family running or his tasting schedule. Yeah.  Umm, somehow I believe he forgot that YES he is married, but he doesn't own her, nor do the kids, and she was a career driven woman before they settled down so why he thinks taking the proverbial duck out of the orange sauce is going to make it (her) happy, is beyond me.  Tensions rise, play dates are ruined, and someone finally decides they can't take the heat that this kitchen is dishin'.  Will it be the ruin of a potential happily ever after?  I guess that all depends on the quality of the ingredients it all began with...

Let's break it down a bit, shall we?  I appreciated Lila's struggle to be what she considered a good wife and loving mother while trying to keep her own sense of self.  I did not truly enjoy Sam's character as for most of the book I really wanted to smack him upside the head but he did provide comic relief in his disguises and spy technology (don't ask...just read).  I was touched by the seemingly insignificant moment between Lila and Edgar when the smallest of kind words touched her heart so much.  The friendship between Sebastian and Lila was marvelous as was the continual appearance of her "former self", handling crisis like a champ.  Overall, the story is a win but you best be prepared for the dry spells because there's no waiter gonna save you with a glass of water.  As they say, LIFE HAPPENS...and here, that's what admittedly created the drought for me.  Pages of how it takes hours to get from point A to point B with two kiddos in tow, just didn't resonate with me (single, no kids...aka only reference point through friends, family, and reading), and yet put together with everything else, served to emphasis how though you may strive to control everything, some things we simply have to go with the flow unless you want to be bald, lying in a fetal position, screaming quietly to the gods or goddesses "why oh why me".

In the end, I was satisfied with what was on the menu and would recommend this to Fiction fans who like a good dose of reality in their selections.  It was fascinating to see both sides of the celebrity dish and while I'm not sure I agree with Sam's methods, I did leave with a better understanding of why he was so vigilant.  In sticking with his preferred rating method, I'd give it 3 of 5 swans.

Special thanks to Lisa at TLC Book Tours for review copy and chance to bring this tour to you.  (THANKS!)  For more information on this title, the author, the publisher, THIS TOUR, or those on the horizon, feel free to click through the links provided above.  This title is available now via Lake Union Publishing, so be on the lookout for it on a bookstore shelf or virtual retailer of your choosing. 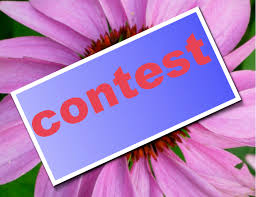 DIDN'T GET YOUR FILL?
HERE'S YOUR CHANCE FOR A SECOND HELPING!
CLICK HERE TO FILL OUT THE RAFFLECOPTER FORM AND YOU'RE ENTERED TO WIN A COPY OF THIS BOOK TO CALL YOUR OWN!  OPEN TO US/CANADA; ENDS 02/14/16!

Thanks for your excellent review which gave me insight into the book and the characters. Friction, relationships and family trials and tribulations interest me greatly as does food. Thanks for this giveaway and feature. saubleb(at)gmail(dot)com

I love the sound of this so much, and I've read some of Lake Union's books before that I've gone and bought the ebook! Couldn't help myself ^u^

Yay! I think you'll really like it. Happy reading!

I truly am wanting to read this book now that I've been given a heads up. It has power to draw one in hold them there and follow through. Kudos