Protection or Prison?: The Seclusion by Jacqui Castle

Today, we're shining the spotlight on a NEW YA lit title COMING SOON from Inkshares.  It's penned by a new name to the genre and if it's any indicator of her potential, she's gonna go far.  Don't believe me?  Well now, let me show you the proof in the pudding, but don't say I didn't warn you!  Ready or not, let's leave our world behind and jet to the future...but only just...as we explore the world as we knew it, transformed for better or worse in... 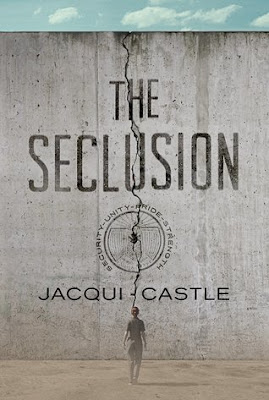 About the book...
In the year 2090, America has walled itself off from the rest of the world. When her father is arrested by the totalitarian Board, a young woman sets out to escape the only country she’s ever known.

While on a routine assignment scouting the viability of dwindling natural resources outside the massive urban centers most American citizens call home, Patricia ’Patch’ and her co-worker Rexx discover a relic from the past containing dangerous contraband―unedited books from before The Seclusion. These texts will spark an unquenchable thirst for the truth that sees Patch’s father arrested by the totalitarian Board.

Evading her own arrest, Patch and Rexx set out across a ruined future United States, seeking some way to escape the only home they’ve ever known. Along the way, they learn about how their country came to be this way and fall in love. But their newfound knowledge may lead to their own demise. 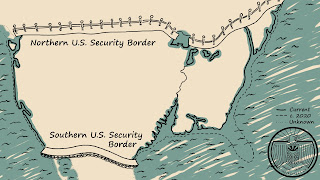 Once upon a time, there was a United States of America...strong, powerful, willing to help others, and welcome those looking for a better life.  Once upon a time, this was a reality...until it wasn't.  All it took was the wrong person in the right position for the powers that be to take control from Johnny Q. Public.  All it took was an act of terrorism on such a grand scale that those with the means to fund full scale restoration could gain the upper hand.  All it took was the masses no longer speaking out en masse, but swallowing the lies, hiding the truth, and ultimately playing right into the hands of moguls that should never have had their chance at controlling power to begin with...and that's all it took for a great nation to become...secluded.

The seclusion was enacted to provide for and grow strong the remaining people of this once great nation.  If considered a patriot, you were golden; take a step out of line, and it could be the last step you take.  Really though, what reason would one have to cause discord?  You received housing, a job based on interest and aptitude, monthly credits for food and a few extras, reliable transportation, and the ability to live a life serving the greater good...aka the Board.  Oh, yeah...did you see a distinct lack of me mentioning the word "freedom" in there?  Yeah, not an accident and it gets worse.  I mean COME ON!  A world without books...or at least without printed books, or those that have been sanctioned by the Board? Security of a survivable life, but without the freedom to say, do, or act to any degree outside what is expected? I just...no. 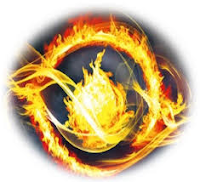 Think a bit Hunger Games, and a dash of Divergent.  Now, spread it over our own history in the making like butter on a biscuit, and you've got this delectably dark, sinister, and ultimately POSSIBLE story you won't want to miss! Seriously, it was eye-opening and mind-boggling all in one.  Patch and Rexx were quite the pair, from start to finish.  They played the roles given like actors to a stage, and yet inside, their heart of hearts yearned for answers.  When the dice were truly rolled, they showed great resilience, dedication to the cause, and a willingness to do what it takes to reach their goal...not only for themselves, but for the whole of the country!

In the end, a MUST READ for certain, and a series start that leaves you gasping for more.  I know it'll be on my watch list for coming installments.  Only complaint...a quick cutoff when events occur that drastically change plans and alter the story. We had built so eloquently to that point it seemed a shame to cut it short...it didn't diminish my delight overall, but I do wish it could have been built out as grandly as the rest.  Perhaps we'll see more of that slow and steady pace in book two. 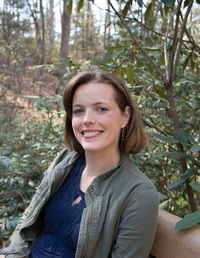 Special thanks to Angela at Inkshares for the ARC for review.  (THANKS!)  For more information on this title, the author, or the publisher, feel free to click through the links provided above.  This title is set to release September 4th, 2018, so mark you calendar or pre-order your copy today!