Today, we're joining Breakthrough Promotions and Minotaur Books to shine the spotlight on an oldie but a goodie.  It's the fifth installment in the Will Rees Mysteries series and from the sound of things, it'll make a great addition the your Fall reading repertoire.  So, if you're ready, let's get the featured story all dialed in for today's title in the spotlight... 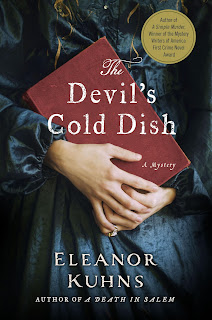 About the book...
Will Rees is back home on his farm in 1796 Maine with his teenage son, his pregnant wife, their five adopted children, and endless farm work under the blistering summer sun. But for all that, Rees is happy to have returned to Dugard, Maine, the town where he was born and raised, and where he's always felt at home. Until now. When a man is found dead - murdered - after getting into a public dispute with Rees, Rees starts to realize someone is intentionally trying to pin the murder on him. Then, his farm is attacked, his wife is accused of witchcraft, and a second body is found that points to the Rees family. Rees can feel the town of Dugard turning against him, and he knows that he and his family won't be safe there unless he can find the murderer and reveal the truth...before the murderer gets to him first. 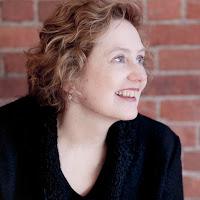 Eleanor Kuhns is the 2011 winner of the Minotaur Books/Mystery Writers of America First Crime Novel. A lifelong librarian, she received her Masters from Columbia University and is currently the Assistant Director of the Goshen Public Library in Orange County New York.

Special thanks to PJ at Breakthrough Promotions for the chance to bring this tour to you. (THANKS!)  Feel free to click through the links provided above for more information or seek thee out a copy at your favorite brick and mortar store or online wonderland.

At the mention of witchcraft you had my attention. Sounds like a series I'd enjoy ... as if I don't have enough to read. ;-)