M is for...Memorial Day, Memories, and MUST Reads

Hello there insatiable readers!
Welcome back to the site made just for you (and me)...Satisfaction for Insatiable Readers.  Today we celebrate an important "holiday" in the US of A, namely Memorial Day. 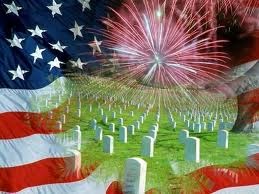 This is the day (the last Monday of May) that we come together with friends, family, and acquaintances to cherish our time together and give thanks to those that serve our country both today and yesterday.  It is a time of remembrance for all that has happened and is happening still, and a time for realization of the fact that without those sacrifices we wouldn't be the country we are today.  So whether you agree with everyone going on in that politically tinged arena or not, STOP and GIVE THANKS to all the men and women who serve our country each and every day in the hopes of achieving a brighter tomorrow.

With that said, this week we will be featuring a few titles that are all about memories.  Those lost, those gained, those never meant to be and those that we simply can't let go; they all play a role in shaping our everyday lives.  Today's featured title in particular deals with lost memories as well as those that take a hold of our hearts without warning.  It is an upcoming release to the print world of Urban Fantasy (or Young Adult fiction...could easily fit there too) though its "e" counter part is currently available that well, suffice it to say will take your breath away.  Today's book of choice is.... 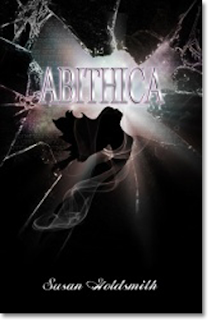 What if you knew you were about to be torn from your body and replaced by an imposter in a seamless switch forever separating you and the one you love? Would you do whatever it took to stay? Even if YOU happened to be the imposter?

Abithica must borrow all that she is from others: names, lives, even bodies. When she switches into the troubled life of Sydney Turner, she breaks the rule that has sustained her, the one thing in her control—never get attached. Lane Riley has no idea he’s fallen for Abithica, wearing Sydney Turner’s body and that a future with her is impossible. Desperate to stay with him, Abithica uncovers the mystery of what she is, only to learn she’s a pawn in a battle over souls, and that she’s probably one of the “bad guys.” What will happen if she refuses to leave Sydney’s body?

So, how to begin.  *think*think*think*  To me, the storyline was relatively new as I haven't really read a book along the "soul switching" persuasion to date but it did remind me a bit of something when I was reading....and that something was The Host by Stephenie Meyer.  Now grant it, I've never read that book in full, just merely the beginning chapter or two when it first came out as my curiosity got the better of me.  It's not a dead ringer for it, but the way the switch occurs and the similar pushing aside of the original spirit still dwelling within were setting off a moment or two of deja vu; not enough to inhibit, but enough to give pause.  It's funny what the brain remembers sometimes.  Anywho, speaking of memories.... 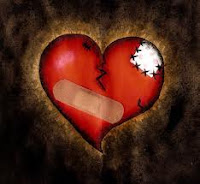 How this book ties into this week's theme is purely to do with Abithica.  You see, when she switches bodies or "hosts", she can't remember a thing from her previous switches nor usually from her current "connection" leaving her with amnesia of sorts.  As she struggles to piece the pictures together, she ends up uncovering what was broken in their lives and how it might be mended despite the fact that she views herself as a parasite.  Whether or not she is one is beside the point, but her actions are tainted by those thoughts so she's ever so careful not to form attachments to those she is working within....or at least until now (but who could blame her?  Lane sounds like a dream!) adding a new complication to the matters at hand.

But that's not the only interesting aspect about the book, especially if you're asking my opinion and let's face it, you are or you wouldn't be here, right?  (hehe)  As Abithica (as Sydney) goes about the town, she receives some rather strange reactions from the area children AND wildlife.  It seems that she is something of a wonder to behold as far as the kiddos are concerned and the wildlife, well let's just say calling her 'Snow White' wouldn't be far off the track if one had a mind to open up that can of worms.  Another key point....the letter that Sydney, I mean Abithica, writes to Shae (Lane's little sister whom he is caring for at this time).  The mystery it held was unexpected and the final reveal was more than anticipated; certainly helped explain a lot by book's end.

Lastly, but certainly not least, we have the character connections.  The author did a great job telling the story but a fabulous job on bringing the characters to life.  Faith's (Shayne's Mother) with her theory on what your footwear says about you, let's call it "the Secret...Shoe-point-oh".  Little Shae and all her wide eyed innocence despite everything that has happened in her young life.  Lane the dream boat dejour who happens to be most decent and family oriented even in light of his families past tragedies.  Need I go on?  Seriously, the whole cast is one to look out for as they make their appearances known.

Now along with all that is good must fall a little bad sometimes, but I promise not to keep you too long.  First is a general warning regarding the appropriate reading age group.    My own recomendation would be mid-to-late teens through adults due to a few bits of content here and there; nothing too startling, but better to be safe than sorry.  Secondly, there is a bit of the storyline that just sort of disappears by book's end.  It deals with some folks from "past-Syndney's" life as well as a warning from the Leganas group.  The Legnas group is bad news from the start, and the creep factor around them is well deserved but while we learn a bit about them, their location, and connections, we lose the final outcome leaving the second hand storyline untethered to a resolution (or at least one that you have to guess at if your curiosity requires it.  As the book was drawing to a close, I was hoping against hope for a happy ending; though I wasn't certain it was possible.  Did it happen?  Well, let's just say that SOMETIMES wishes do come true....in the stories we read and in regards to the books we give a chance to shine. 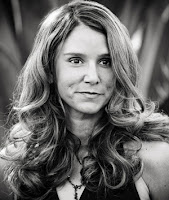 Susan Goldsmith earned her Bachelors Degree in Journalism from the University of Arizona. She was selected to serve as Rep. Morris K. Udall's Assistant Press Secretary and was honored by handing his resignation to the Senate Press. Later she became an Undercover Private Investigator at Pinkerton, worked as an outside Sales Rep at Dun and Bradstreet and spent five years in pharmaceutical sales.
She met husband, Bryan, in Mr. Ledezma's biology class, at age 13, setting off fireworks that still light the sky over Madera Canyon, AZ, to this day! Those presently enjoying the show include her daughters Riley and Reagan, 3 1/2 dogs, 3 cats and a parrot who she's trying to teach Shakespeare and failing. Note: Her 210 pound English Mastiff, Teddy Bear, counts as 1 1/2 dogs.
Presently a stay-at-home mom, Susan stumbled across a pondering personal question after reading Thomas Moore's Care of the Soul, that being her own worst fear. Losing her husband and children was the answer, arriving while she vacuumed the living room. What if she were to be taken from them without their knowledge? What if another soul was inserted in her place? She'd look the same, but oh, what would happen then?

The question soon became an obsession, the idea of 'soul switching' was born, and the result was her first novel, Abithica


Ebook copy for review courtesy of author Susan Goldsmith.  (THANKS!)  For more information regarding her current work and so much more, be sure to stop by her website, visit the book's Facebook page, or friend her on Goodreads!  She also has a contest going on right now to win a signed copy of her book, so be sure to check it out. This book is published via Twilight Times Books and a visit to their website not only provides you access to purchasing options, but also a chapter excerpt to get you started.

I have never read The Host because I am not much of a fan of the author's Twilight series. But the premise for Abithica sounds very compelling - it's unlike anything I've read.

A bank holiday here in England, may I wish you all the best on Memorial Day.

Amen sister. We need to stop and give thanks.

It does remind me a bit of The Host (which I absolutely enjoyed).

Great review! It's definitely a book I might consider reading!

Misha: Yes, the infamous series. It's a love it or leave it one for readers. As for thsi title, it totally is. (compelling that is). ^_^

Petty Witter: The same to you my friend!

Alexia561: Thanks! Definitely was...highly recommend it.

Melanie: Cool! This may be right up you alley then! ^_^

I enjoyed The Host and I am not a fan of Twilight, but it' s the original plot of the story which appeals to me. I also entered the giveaway-- thanks for the tip. Love your blog, from one dog lover to another, Rae

I'm not sure what my footwear would say about me. I'm always in either sandals or flats. Comfort at all costs to fashion! ;)

Best O'Books: Not every series is for everyone but I totally respect that. Good luck and thanks for entering! (oh yes....dogs rule! ^_^)

Susan Goldsmith: It was my pleasure. Thanks for the fabulous read! Can't wait to see where life takes Abithica next.

Melanie: Awesome! As for the footwear, hmm...probably that you're carefree and like to relax. (just a guess) ^_^