A single step to help many...

Hi there!
Welcome back to Satisfaction for Insatiable Readers….the place where saying BOOKS RULE out loud will get you a standing ovation not a cuff up side the head.  A quick reminder that we’ve a contest going on right now for a Young Adult title you’ll want to read all about….for more information and how to enter, just check the right hand side bar under ‘Current Contests’.  Now, on with the show…

This week has taken on a theme all its own with the books read and up for review leading the way.  It’s a week of healing, courage and above all…HOPE.  Don’t believe me?  Well let’s review, shall we?  We started off with a blog tour featuring a new YA series from Tribute Books featuring….angels.  Yesterday found us sampling a new Kids Fiction title from Walden Pond Press featuring….heroes (and finding ones way, but that comes out later in the review).  Last night, I stopped off to see one of Daniel Radcliffe’s latest films, The Woman in Black and was not disappointed….but the underlying message in it even was of healing (even if there was a spook factor to it all).  So you see, when I found myself selecting today’s title for this post…it gave me pause to wonder at the coincidence of it all. 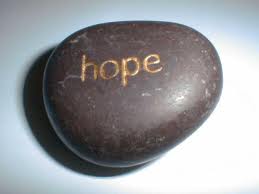 HOPE….it’s a powerful word; one that can make the meekest of us, rise up against insurmountable odds.  I once had one of our regular customers ask me if I knew what HOPE stood for.  I thought for a moment, knowing there was something more to their question; then politely shrugged encouraging them to continue.  They said HOPE stands for….Hold On Pain Ends.  She didn’t mean it in the finality of life (though that is true as well), she simply meant that whatever the situation we find ourselves in, things will get better.  Before you ask, no…she’s not a constantly sunshine and roses type person but her statement does hold weight and in some small way brings lightness to your heart, or at least my own.  That will serve as a befitting intro for today’s featured title…. 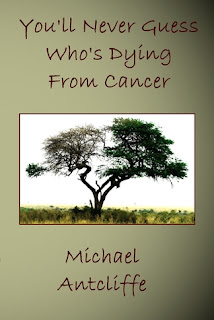 Upon hearing that his cancer had returned and that death was the inevitable outcome, Michael Antcliffe, on the verge of his 36th birthday, decided that he wanted to make a difference in the lives of those who found themselves in a similar position.

Thus began a movement that started with a handful of people on Michael’s Facebook friends list and grew to number in the thousands. People from all walks of life and from all around the world would add Michael as a friend and pledge, not only to make a new friend knowing he would die, but to owe him $10 after his death to help improve the lives of other people dying from cancer.

’You’ll Never Guess Who’s Dying From Cancer’, has been compiled from Michael’s Facebook notes and heartfelt testimonials from friends, both old and new, to give something back to the people who have given so much of themselves to help Michael to realize his dreams

No.  This is not just a book with an unusual title.  This is a mission.  A mission started by one and carried by many.  As we journey with Michael through his ups, downs, and in-betweens, we see the many sides of this often invisible foe.  We share in the initial chills stemming from a diagnosis one never anticipates receiving (especially in the manner and length of time he does!) or ever hopes to get.  We share in the acceptance of a life changed forever while also baring witness to a spirit that refuses to roll over and say uncle.  Time and time again news sways his day from good to not-so-good to utter bleakness and back, and yet through it all, he remains ever focused on shining the light on his situation so that others may benefit from it in the end.  He draws strength from family, friends, and…himself, though he may not always believe it to be there.

I’m not going to lie to you (not that I ever do), this won’t be one of those reads for everyone but it is something that touches the lives of everyone in some way or another.  Whether you’ve been diagnosed yourself, your friends or family have, or even a mere acquaintance you bumped into from high school, most of you out there know the big “C” word (which he dose name in order to avoid it achieving Lord Voldemort status in his life...gotta love the literary reference) from experience in some fashion.  Even my own family history contains meetings with this nemesis, snatching away elderly relatives before I ever had the chance to meet them.  It’s a powerful thing but one that scientists are making strides towards ending one day….hopefully sooner as opposed to later.  In the mean time, we (you, me, that burly guy in the corner and that girl over there with the glasses typing on the computer…oh wait, that’s my reflection….) the collective we, must do what we can to provide reinforcements. 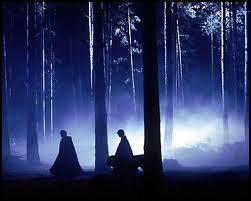 Now, I’m not talking about running off and selling all your worldly goods to donate the money to a charity or organization….I’m thinking more long term along the lines of what the author here suggests.  Connecting with people and taking the time to nurture those relationships.  Live in the moment but also plan for the future, after all there’s no use short changing your own life expectancy when there’s really only one that knows our true end time.  Monetary donations are fine and needed, but our time, our love, our support given freely goes a long way as well.  It helps put the normalcy back in what has been changed abnormally.  It helps them realize that yes, life may in fact suck for what it’s doing to you right now, but hey there are a lot of reasons to keep fighting the good fight and so many backing you as you reach for that win.

This book was brought to my attention by an author I connected with many moons ago, one Stacey Voss (my review of her fiction book can be found here).  She’s a sweetheart of a lady and a friend of Mr. Antcliffe that saw a way for his message to spread beyond the borders in which it initially resided, touching the hearts of thousands (millions?) and helping to shed more light not only on his journey but on his mission. What is that mission?  Besides giving those walking this same road a friend to lean on, ignoring the fact that we gain an insiders perspective of what happens to a life on the front lines of this disease, his mission is to raise funds for those in situations similar to his own in order to help make their lives more livable.

The stress and taxation both physically and mentally are enough of a mountain to climb without the added worry of how to pay for this and that.  To support this mission, $10 from EVERY book purchased from his site will go to the local Cancer Care Centre or to deserving families who are dealing with end of life situations because of cancer.  The decision to help families as well was inspired by a local boy in his area “whose cancer came back after he turned 18. He was too old to apply for the Children’s Wish program and his dying wish was to visit Universal Studios because he had been on a family trip to when his cancer initially occurred and their trip was cut short before they got to the Studios. [He] died two days ago, but he traveled to Universal Studios earlier this year, partially due to a fundraiser that Michael Antcliffe helped to organize for him.”  Enough said…. 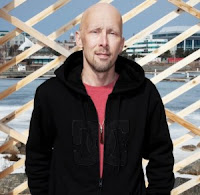 Michael Jack Antcliffe was born May 13th, 1975 in the old in . The youngest of three children (siblings Christopher and Jennifer) in a working-class family, Michael spent his early years raised by his parents, Alan and Mary, in a country setting in the of , a short distance southeast of the city of . He enjoyed a childhood that inspired a love of nature and the outdoors. Michael moved back into the city in time to attend and continued his education at the , where he stayed and worked as a youth care worker at Jessie Home Inc., for five years after the completion of university. Missing his family, Michael returned to his home town and began earning his way doing home renovations and construction, eventually finding employment with a university friend at First Class Finishing. Always choosing to keep life simple and concentrating on time spent with friends and loved ones, Michael continued to follow this philosophy after being afflicted with malignant melanoma and forced onto disability.

Presently, Michael is exploring fundraising avenues and seeking to improve the lives of those stricken by cancer, whose fight each day is simply to reach the next. He is also making the most of his time, choosing to spend it with family and friends. Michael’s siblings, Christopher and Jennifer still live in , along with their parents.

For more information on how you can help support this worthy cause, feel free to check out the official website, like them on Facebook, follow on Twitter, and of course BUY THE BOOK.  Remember, $10 from EVERY book purchased from his site will go to the local Cancer Care Centre or to deserving families who are dealing with end of life situations because of cancer.

My final thoughts…. reading this work was a challenge in regards to style as it was never actually intended to be a book BUT persevere and the journey is well worth any perceived difficulties…and really, those pitfalls are so small considering what we’re dealing with here.  Something else to note, which is in fact explained in the intro, there may seem to be multiple typos regarding the capitalization of the letter “i” when referring to himself….this was intentional.  You see, Mr. Antcliffe isn’t opposed to proper grammar and writing rules but in this instance he wanted the focus to be on the events he was sharing, the battle he was waging, the MISSION he was starting…not himself.  The lowercase status of the “i” was simply a way of showing that although this “story” cast him in a starring role; he is merely a player in something much bigger than himself.  Hats off to you, sir….hats off to you.

Ebook for review courtesy of Stacey Voss.  (THANKS!)  For more information on her work, seek her out online or on Twitter.  To discover more about Michael’s journey and to spread the word on this ever growing mission, feel free to click on any of the links embedded in this post.  Recommended read for older teens and beyond.

What a worthy cause and the book sounds touching.

Powerful. That sounds like worth the money, for the donations. Thank you!

Not a read for me I don't think but what a worthwhile cause, I think its wonderful that some of the money should go to this.

And talking of wonderful, the authors suggestion of connecting with people and taking the time to nurture relationships is tremendous and something we can all do.