Well, I don't know about you, but this week has both flown and dragged its behind.  I mean, one moment we're speeding along through the workday and the next, we're wondering how on Earth it's only been ten minutes, not ten hours.  Funny how that happens, isn't it?  Well, funny doesn't only happen in real life, though it is usually more hilarious...take the day's selection for example.

Today's blog tour guest comes to us via TLC Book Tours and stars a recent release from the folks at Lake Union Publishing.  I've read works released under their banner before and they generally hold true to form, that form being a good read that's dependable for a weekend or weeknight pick.  This one mostly falls into that same column of check marks, with one small minus along the way (I'll get to that later), but first, the introductions, please!  Today's book of choice is...

About the book...
Marcy Hammer’s life has been turned upside down. Her husband, the head of a global brassiere empire, didn’t think twice about leaving her after thirty-three years of marriage for a 32DD lingerie model. Now Harvey the Home-Wrecker is missing in action, but Marcy’s through thinking about what a cliché he is. What she needs now is a party-size bag of potato chips, a good support system, and a new dress.

Striking out on her own is difficult at first, but Marcy manages to find traces of humor in her heartbreak. Even while devastated by Harvey’s departure, she still has her indomitable spirit and her self-respect. She has no intention of falling apart, either, even when her adult children drop a few bombshells of their own and she discovers a secret about her new, once-in-a-lifetime friend. Life may be full of setbacks, but by lifting herself up by her own lacy straps, Marcy just may be able to handle them all.

First off, mad props to the author for all the brassiere quips and such; she made them straight faced and easy to chuckle at without feeling sophomorish in the least.  Second, that cover!  It makes perfect sense when considering the title, but once you learn a little more about the characters and the story, the fit (so to speak) is even better.  Now, speaking of that story...

Marcy has a lot on her plate, and I mean A LOT.  It all begins with a customary call to see when she should have dinner ready for her slime ball of a self-centered husband (is it obvious I detest the "man"?), comes to a head with an unexpected separation, carries on with more secrets and lies, and finally finishes with a flourish of regained self-confidence and self-respect.  Her laundry list of life events to wash and rinse:  her husband walking out, her mother reaching the end of her days, her daughter being involved with a married man, her new best friend arriving at both the right and wrong time, and potential love interest appearing that she's not certain she's ready for.  Easy peasy....yeah, not so much.  Brava to Marcy for pulling through all the craptastic "fun" life threw her way.  I mean, there's no better time that I can think of for everything to hit the fan than all at once...am I right?  *-* It is with great inner strength and a heaping dose of emotional help from the family-you-choose that Marcy is able to pull it all together to reach some semblance of the woman she is versus who she has become...and I wouldn't take that away from her for the world.  She's more than earned it.

Though I did enjoy the story (and I did, truly), for me there was one drawback.  Marcy was lost in a lot of ways and finding her way back to herself, let alone life, took some time, but there were several times that I felt the author got lost in her story; that is to say that we meandered so much that the actual story line was a loose thread floating above us while we traveled below.  Did it ruin the story for me?  No, but it did dim my enthusiasm a smidge...but enough about that.  Let's close this puppy out! 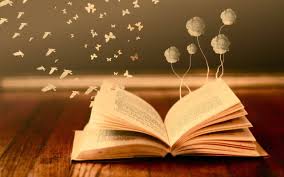 By book's end, all was right again.  We caught up with everyone, know the outcome of any "dun-dun-dun" moments revealed along the way, and even catch a glimpse of a potentially bright future for our dear gal Marcy...as well as the reaping of sowed oats nightmare for some other a**hat.  (SO deserves everything coming their way...and THEN SOME!)  While it's true, the story wandered here and there, the writing was still solid, enabling readers to make a true connection with the characters.  I actually wanted things to turn out right for Marcy.  I actually cared that Elisabeth make the right choice.  I felt bad when Candy was broken, laughed when Harvey got what he should, and sad when the patriarch and matriarch of the families lives we shared passed on.  So while this may appear to be simply a fluffy story that wears its undergarments on the outside, it's really about strength, and heading that inner voice within.

For more than twenty-five years, Marilyn Simon Rothstein owned an advertising agency in Connecticut. She grew up in New York City, earned a degree in journalism from New York University, began her writing career at Seventeen magazine, and married a man she met in an elevator.

Lift And Separate is her debut novel.

Special thanks to Lisa at TLC Book Tours and the author for the chance to bring this blog tour to you as well as the copy for review. (THANKS!)  For more information on this title, the author, THIS TOUR, or those on the horizon, feel free to click through the links provided above.  This title is available now via Lake Union Publishing, so be on the lookout for it on a bookstore shelf or virtual retailer of your choosing.

This book sounds like a ton of fun. And what a great cover! I'm so looking forward to reading it.