Today, we're proud to be hosting a stop along the Tribute Books Blog Tour for a self-published title of Fairy Tale and Fantasy that will grab your attention and simply NOT LET GO.  Sometimes self-pubs get a bad name but I'm telling you, this one is definitely one of the greats!  Don't believe me?  Well then, I guess I'll have to prove it to you.  So, if you would be so kind, allow me to introduce you to your next great reading adventure... 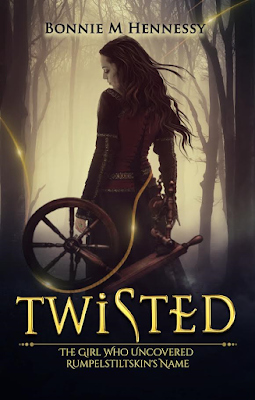 About the book...
An old tale tells the story of how a little man named Rumpelstiltskin spun straw into gold and tricked a desperate girl into trading away her baby. But that’s not exactly how it happened.

The real story began with a drunken father who kept throwing money away on alcohol and women, while his daughter, Aoife, ran the family farm on her own. When he gambled away everything they owned to the Duke, it was up to her to spin straw into gold to win it all back.

With her wits and the help of a magical guardian, she outsmarted the Duke and saved the day.

Well almost… Her guardian suddenly turned on Aoife and sent her on a quest to find his name, the clues to which were hidden deep in the woods, a moldy dungeon, and a dead woman’s chamber.

This is not the tale of a damsel in distress, but a tenacious, young woman who solved a mystery so great that not even the enchanted man who spun straw into gold could figure it out.

Not until Aoife came along.

If you follow me on GoodReads, you know that I was a bit lax in updating my progress made as I was reading this one.  Sorry, not sorry.  The necessity to actually READ this story versus update you on it, won out. Yes...it was THAT GOOD.

An unusual take on Rumpelstiltskin but highly enjoyable! As anyone who has read various fairytale redos can tell you, some are more hit than miss while others are more miss than hit.  This one is definitely a hit...bullseye, dead center, right for the heart of the reader in the best ways possible.  Aoife is a headstrong, willful young woman, but with a heart of gold... even if she might not be able to spin straw into that particular element which everyone wants to line their pockets with, at least not in the sense that they expect. She is a mastermind at turning little into something and something into everything, though it is a talent set she learned by necessity versus pure desire.  Let's just say that her home life is anything but ideal...and yet in spite of that dreadful situation, she still remains faithful to her family, or more specifically her ailing sister.  Yes, it is this young girl's welfare that keeps Aoife's nose to the grindstone and her heart tethered to all that surrounds.  Good thing too because otherwise she may have been swept up by some rather enticing dark magic.  Hey, freedom for a girl in her day and age isn't anything to scoff at, but then again the price of said freedom can be too great even when at first it seemed without strings.  Funny how often times bad things masquerade as good ...well, funny in a general speaking manner but not when it comes to real life.  Good luck, Aoife...you'll need your wits about you to reach a happy ending of any sort...

So, I could really go on and on and on and on and...well, you get the picture, because that's generally what happens when I really like a book.  I mean REALLY like.  In an effort to not spoil the story though, I shall reign myself in, but only just.  The writing is fluid, the story without a hitch, and the details handled with a well practiced hand.  The backstory is just rich enough, the revelations veiled so carefully as to only have their full impact come forth when the time is right, and the characters are made so that no matter their heart of hearts, you feel for each and every one on some level.  I adored our leading lady for everything she was as well as all that she saw in others, for better or worse.  The Duke and the "little man" I both loved and loathed at different points, but never did I wish to fully toss their outcomes to the wind.  Even Mauve (more of a mother than her own ever was!), Fiona (a kind soul with a wicked secret!), and Ena (lived by her tricks and fell to them too!) were memorable for the parts they played.

In the end, I can only say this...HIGHLY RECOMMENDED!  It was unlike any retelling of the classic tale I've read before and filled with so much heart, magic, and unbridled love despite the ugliness that abounds, that one can't help but be as captured by the wonder within.  Bookmarks up to the author for this stunning release!  Here's hoping there is more from her to come in the future. 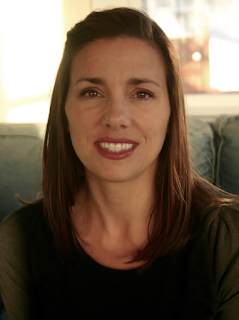 Bonnie grew up a shy, quiet girl who the teachers always seated next to the noisy boys because they knew she was too afraid to talk to anyone. She always had a lot she wanted to say but was too afraid to share it for fear she might die of embarrassment if people actually noticed her. Somewhere along the line, perhaps after she surprised her eighth grade class by standing up to a teacher who was belittling a fellow student, she realized that she had a voice and she didn’t burst into flames when her classmates stared at her in surprise.

Not long after that, she began spinning tales, some of which got her into trouble with her mom. Whether persuading her father to take her to the candy store as a little girl or convincing her parents to let her move from Los Angeles to Manhattan to pursue a career at eighteen as a ballet dancer with only $200 in her pocket, Bonnie has proven that she knows how to tell a compelling story.

Now she spends her time reading and making up stories for her two children at night. By day she is an English teacher who never puts the quiet girls next to the noisy boys and works hard to persuade her students that stories, whether they are the ones she teaches in class or the ones she tells to keep them from daydreaming, are better escapes than computers, phones, and social media.

Special thanks to Nicole at Tribute Books Blog Tours and the author for the signed copy for review as well as the chance to bring this tour to you.  (THANKS!)  For more information on this title, the author, or those promotions on the horizon, feel free to click through the links provided above.  This title is available now, so click on over to Amazon and grab your "e" or "tree" edition today!  Be sure to check out the other sites participating in this tour as well as ENTER TO WIN the tourwide giveaway, available on the official tour page.

Oh I'm so glad this comes so highly recommended by yourself as this one was of my favourite stories as a child. I can still feel the goosebumps as my granddad told me the story. Definitely one for my wish list, thanks for a great review.

Gina, thanks for the review! :)

Oooh not heard of this one, thank you, will go check this author out. Isn't it funny we can be reading for years and try so many authors and yet there are literally thousands we still find new that others have loved & read for years.