Calling all cool cats! Time to catch THE BEAT ON RUBY'S STREET by Jenna Zark!

Hi there!
Welcome back to Satisfaction for Insatiable Readers.
Here's hoping your weekend was all that you hoped it would be and then some, in the best way possible, and that Monday is treating you right.  Poor Monday; it gets such a bad rap...or in this case, beat.

Today, we're shining the light on an ebook title that came to my attention thanks to Pam at Aurora Publicity.  It's a Middle Grade Historical Fiction novel, but we're not talking ancient times...merely 60 some odd years ago.  Wow...okay, when I type that, it seems MUCH longer than in my head, but still, "historical" is﻿ interpreted differently by every reader.  Anywho, back to the title at hand. It's a curious read to say the least, but when have I ever REALLY said the least and left it at that...yeah, exactly.  Ladies and gents, cool cats and hipsters of today, join me as we discover today's ebook of choice... 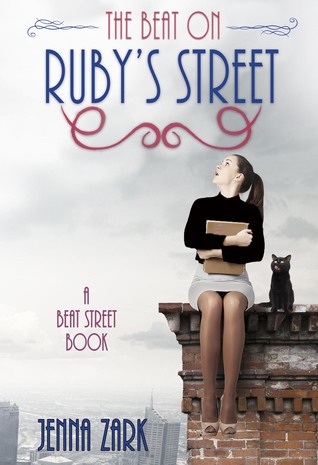 About the book...
The last thing eleven-year-old Ruby Tabeata expected to happen on her way to a Jack Kerouac reading was to be hauled to the police station.

It’s 1958 and Ruby is the opposite of a 1950s stereotype: fierce, funny and strong willed, she is only just starting to chart her course in a family of Beat Generation artists in Greenwich Village.

Ruby dreams of meeting famous poets while becoming one herself; instead, she’s accused of trying to steal fruit from a local vendor and is forced to live in a children’s home. As Ruby struggles to return to family and friends, she learns her only choice is to follow her heart. 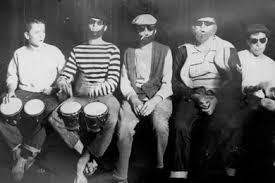 It's a story that takes us back to the 1950's when the Beatniks were attempting to plot their own course through life away from "the man".  It was a time of unrest for many as people settled into the way of things post WWII and while tackling all the changes coming their way was fine and dandy, folks needed an outlet, a way to give voice to the masses.  That voice sought became what we know as Beat Poetry.  It was a way to share their observations, educations, and frustrations, artistically and nonviolently, while prompting the common man to rethink what he's come to accept as the norm.  A few of the bigger names during this movement included Allen Ginsberg, William S. Burroughs, and Jack Kerouac...some of which make appearances within these very pages.  Speaking of those pages...

The history is great, the setting spot on, but the characters are what really drive this story to a spectacular finish.  Ruby is an absolute gem.  She's tougher than she seems, can think on her feet, and her heart beats truer than true.  She may not always understand the big picture at first glance, but she gets there in her own time with style to spare.  Ruby wants so badly to be one of the voices of her generation without even really knowing how it's done, but she doesn't let that stop her and in the end, she achieves more than she dared hope.  True, it's not a happily-ever-after the way she pictured, but it is true to the times, the tale, and herself as well as her family, which gives it all the greater impact. 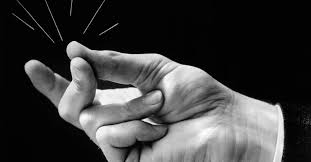 In the end, I caught Ruby's beat like a bird does the winds of change.  The author does a great job of breathing life into her characters and it allowed Ruby's voice to come through loud and clear. Though hipster now, it was Beat back then, and while the style may not always appeal, the message transcends any generational gaps.  A must read for Middle Grade fans of all ages wanting a glimpse into our not-so-distant past as well as a way to feel that hum, that vibration in the air that moved so many to speak out, be heard, and affect the world around them. 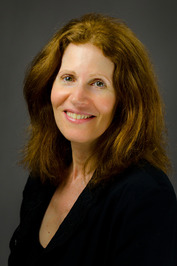 Jenna Zark is a columnist, lyricist, playwright, and novelist. Her play A Body of Water was published by Dramatists Play Service and produced regionally after its debut at Circle Repertory Company in New York. Other plays were produced in the Twin Cities, Los Angeles, Atlanta, and St. Louis. As a former staff writer at Scholastic Choices magazine, Zark wrote extensively for middle school and junior high students. Columns, poetry, essays, and articles have been published in TC Jewfolk, Stoneboat literary magazine, Minnesota Bride and numerous other publications. Zark is also a member of a lyricist’s collective in the Twin Cities that performs at local cabarets. She’s still trying to figure out if it’s harder to write a play, a novel, or a song.