Hi there!
Welcome back to Satisfaction for Insatiable Readers and thanks for making us a stop in your day to day grind.

Today, we're playing host to a stop along a TLC Book Tours promotion for a work of Fiction that is celebrating its BOOK BIRTHDAY today.  (HAPPY BIRTHDAY!)  If you're wondering how that factors into anything, it means that once I've tantalized you with the wonderfulness that this book holds, you can race out to your favorite local book retailer (or click over if they are virtual) and grab a copy STAT!  You're welcome.  ^-^  Anywho, getting back to the topic at hand.  Today's title is on deck and ready to play so let's get things started as we introduce your potential next read... 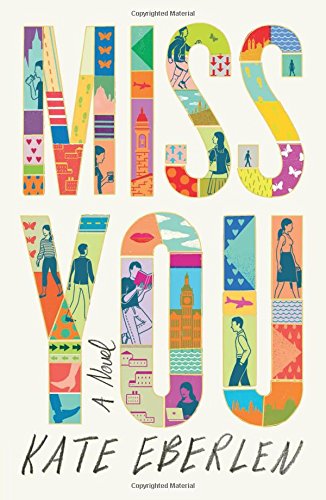 About the book...
A wryly romantic debut novel with echoes of One Day that asks, what if you just walked by the love of your life, but didn’t even know it?

"TODAY IS THE FIRST DAY OF THE REST OF YOUR LIFE." Tess can’t get the motto from her mother’s kitchen knickknack out of her head, even though she’s in Florence on an idyllic vacation before starting university in London.

Gus is also visiting Florence, on a holiday with his parents seven months after tragedy shattered their lives. Headed to medical school in London, he’s trying to be a dutiful son but longs to escape and discover who he really is.

A chance meeting brings these eighteen-year-olds together for a brief moment—the first of many times their paths will crisscross as time passes and their lives diverge from those they’d envisioned. Over the course of the next sixteen years, Tess and Gus will face very different challenges and choices. Separated by distance and circumstance, the possibility of these two connecting once more seems slight.

But while fate can separate two people, it can also bring them back together again. . . .

Here's the thing...
...there isn't an actual driving plot to speak of and yet you will feel compelled to reach for the next page and the next and the...well, you get the picture.

In it's most basic self, it's simply the story of two people and how their lives intersect time after time without them even realizing just how close to their true love they really are.  It's beautiful, mesmerizing, cringe-worthy, jaw-dropping, laugh out loud, tear duct tugging, and full of heart.  It's a lifetime, nay TWO lifetimes, noteworthy of their own accord and just begging for a happily-ever-after.  Do they ever actually reach that distant goal?  Yes, several times actually, but then what else, LIFE HAPPENS and a new chapter must begin.  So the real question is do they ever find their way to each other....and that my friends is one answer you'll have to seek for yourself.

When considering my approach for this review, I had one of two routes in mind.  First, ramble on and on about how great I believed the story to be and how you really needed to rush out and grab a copy for your own bookish pleasure, but then it wouldn't really be any different than my others reviews now would it.  ^-^  Seriously though, the second approach appealed much more to me because it was something I was pondering myself from the start...the title.  Okay, so first things first, admittedly the cover is amazing.  I love the colors, the bit of gold, seeing how the images within the letters corresponded to different parts of the story...basically the whole lot...but the title with its two simple words could be taken oh-so-many ways and within the pages, it truly is stretched to its many meaning limits in the best ways possible.

At face value, it expresses a loss or the fact that you've missed someone, but whether temporary or permanent remains to be determined.  When we dig a little deeper, we see that both our lead characters have someone they miss as in actually gone from this world, but also those that have dropped out of their lives by choice or circumstance.  Tess misses her mother greatly, but also her father as he distances himself further from the family, her sister thanks to a condition she couldn't help if she tried, her best friend now and again due to bad decisions, and herself as she gets wrapped up so much in other peoples lives that she fails to breath life into her own.  Gus misses his brother very much, but also his folks whom he forever seems to be trying to prove himself too, his friends that fall away due to choices on both sides of the fence, and himself as well as he forever walks in his brother's shadow.  Then we have the 'miss you' of THEM actually missing each other SO MANY TIMES!  It was a point of the book that I truly adored because the author weaves in so many near misses that I actually found myself watching for them to see how this chapter would connect back and perhaps become a funny anecdote if the rainbow's end was ever reached. 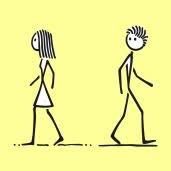 So you see, although there isn't a mystery to solve, a crime being committed, or an award to be won, sometimes the BEST things in life and in reading come from the most simplest of places.  While the journey into adulthood and a quest for our soul mate may sound like a challenge in life, fiction provides us the chance to watch someone else, or rather TWO someone else's try to get it right with mixed results.  Highly recommended for General Fiction fans as well as those that find themselves wandering in the Women's Fiction and Contemporary Romance aisles.

I grew up in a small town thirty miles away from London and spent my childhood reading books and longing to escape. I even learned the London Underground Map off by heart just so I would be ready if and when the opportunity arose. My fascination with different lives and cultures led me to study Classics at Oxford University, but I discovered that I was much less interested in academia than I was in the world of work.

I’ve had lots of jobs – from running my own jewelry business at the age of twelve, au pair in Rome and New York, lift girl at Harrods (smiling, as if for the first time, whenever someone remarked ‘I bet this job has its ups and downs’), to working in publishing and writing books. Most recently, I’ve trained to teach English as a Foreign Language with a view to spending more time in Italy, a country I love.

I wrote Miss You in the afternoons when I was teaching in the mornings. For my next novel, I’m revisiting my passion for classical literature by weaving the poems of Catullus into contemporary narrative about identity and love.

I’m married to a lovely man and we have a son who is at university now. We moved out of London so that our son could grow up by the sea, but I go up several times a month. I’m passionate about dance and adore the pure romance of classical ballet, so I try to see as many productions as I can. My husband and I recently decided to learn ballroom dancing, which is really good fun, although much more difficult than it looks.

I love films and drama on television, but I think my greatest pleasure is still that feeling of being transported to another world when I’m reading a good book.

Special thanks to Trish at TLC Book Tours and the publicity team at HarperCollins for the ARC for review as well as the chance to bring this tour to you.  (THANKS!)  For more information on this title, the author, the publisher, THIS TOUR, or those on the horizon, feel free to click through the links provided above.  This title released TODAY via Harper, an imprint of HarperCollins, so be on the lookout for it on a bookstore shelf or virtual retailer of your choosing.