Glass half full or half empty?: All the Forever Things by Jolene Perry

Hi there!
Welcome back to ﻿Satisfaction for Insatiable Readers.

Today, we're exploring a title that takes a stick and pokes at things, making you see how life's goodness in general is all in how you look at it.  It comes to us from an author I've read once upon a time (KNEE DEEP, you should check it out!) that really made an impression, and though I've not journeyed through her pages again until now, that doesn't mean I was approaching this one with any less anticipation.  So, if you'll be so kind as to join me, our book of choice is on deck... 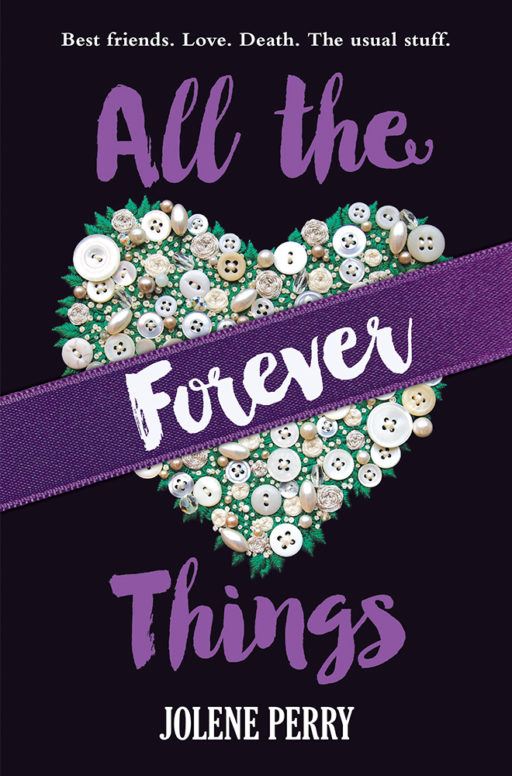 About the book...
From growing up in the funeral home her family runs, Gabriella knows that death is a part of life and nothing is forever. Yet Bree, her best friend, has been a constant; it’s always been the two of them together against the world. But when Bree starts dating a guy—the worst guy— from that ultra-popular world, suddenly she doesn’t have time for Gabe anymore. Now the only one at school who wants to spend time with “Graveyard Gabe” is Hartman, the new guy, but Gabe, not wanting to lose her mind over a boyfriend the way Bree has, holds back. It takes a very strange prom night (with the family hearse instead of a limo) for Gabe to truly fall for Hartman. But when she leaves the after-prom party with him, she’s not there for Bree—or for the deadly accident that happens that night. Bree survives, but will she and Gabe ever be able to rebuild their friendship?

Gabe starts out as a morose character, not that you could blame her considering her upbringing (hello, the parents run a funereal home...and they all live above it!), but well adjusted enough.  Hey, she's a teenager! Which of us were really THAT even keel at that age (or at your current age, for that matter)?  Exactly.  Anyway, personally I think she was great, taking a page from Wednesday Addams (thanks to a poser that labeled her Graveyard Gabe in her younger days) and making her way in life following her own drummer...of course the fact that she had a bestie by her side that was equally her own person, and accepting of her and all her quirks without judging, really helped matters too.  When that carefully built world comes crashing down so suddenly, she's unprepared for the fallout, as any of us would be, and all her attempts at forging a new bond really touched my heart.  She was a true friend, even when that friend didn't want anything to do with her, and despite what happens (because things REALLY happen), none of it was her fault.  True, she had some growing of her own to do, but the real tragedies were from choices made out of desperation to feel, do, or control something, and there was no way she could have stopped that runaway train.

Though Gabe was our main gal, and a wonderful one at that, there are other characters to which our attention is drawn as this story unfolds.  Her family (mom, dad, kid sister, aunt, and cousin) played pivotal roles in a lot of things that transpired, whether they knew it our not.  The 'rents offered support, discipline, and understanding; the kid sister, a fresh outlook on life; the aunt, a place to be yourself no matter how out there because she was such a free spirit; the cousin, a helping hand when one wasn't really seen.  Then we have the bestie, Bree, whom I had a rather love/hate relationship with.  I get it, she had things to work through, and because Gabe KNEW her really well, she could see past her shenanigans to the person underneath, but surface wise, not a big fan.  Now Hartman, on the other hand, was easy to spot as a catch.  No, he wasn't the big man on campus, in fact he was the new guy, wearing the designer labels and leaving a trail of broken hearts, but he was a little odd, totally endearing, and though he needs to learn to express himself more than holding it all in, I could totally see the potential there from the start.  His "friend" Bryce though...not a good influence.  I shall say no more.

In the end, it was a wonderfully quirky read that I would recommend to Young Adult fans of all ages.  It reminds us that while life is fragile, it's only truly a LIFE if we're LIVING it.  So take that chance, ask that person to dance, howl at the moon, or high five a stranger.  Let you, be YOU.  It's what makes the world go round, all the different personalities and types and all, because without them, we'd be one boring place to simply pass our days until out number is called. 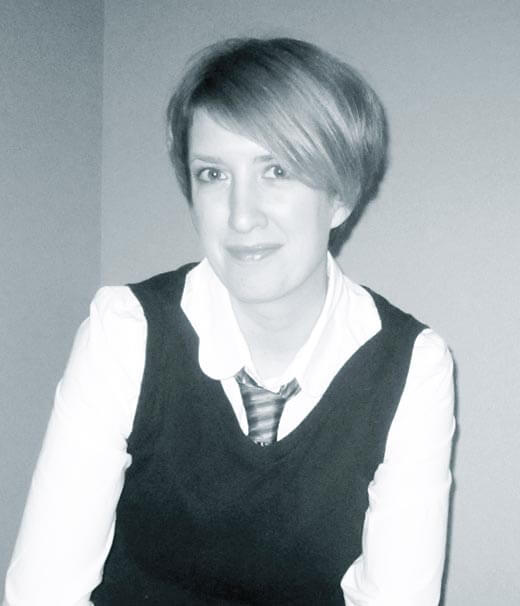 Jolene Perry lives in Alaska and is a prolific writer of Young Adult fiction.

Special thanks to author Jolene Perry for the ARC for review.  (THANKS!)  For more information on this title, the author, her other works, or the publisher, feel free to click through the links provided above.  This title just celebrated its BOOK BIRTHDAY April 1st, 2017 via Albert Whitman TEEN, an imprint of Albert Whitman & Company, so be on the lookout for it on a bookstore shelf or virtual retailer of your choosing.