Today, we're joining TLC Book Tours for a stop along their current promotion featuring the latest addition to the London Celebrities series by Lucy Parker.  It's COMING SOON to a bookstore near you via Carina Press and will draw not only readers of Contemporary Romance, but those that favor Austen inspired works.  How so?  Well, the TITLE should give that away a smidge (LOL!), but there is a plethora of familiar faces running about that add to the classic splendor.  Ladies and gents, please quiet down as we draw the curtain back on today's blog tour guest and book of choice... 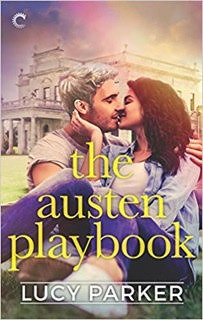 About the book...
In which experienced West End actress Freddy Carlton takes on an Austen-inspired play, a scandal at a country estate, an enthusiastic search for a passion outside of acting…and the (some people might say icy*) heart of London’s most feared theater critic.

*if those people were being nice


Freddy Carlton knows she should be focusing on her lines for The Austen Playbook, a live-action TV event where viewers choose the outcome of each scene, but her concentration’s been blown. The palatial estate housing the endeavor is now run by the rude (brilliant) critic who’s consistently slammed her performances of late. James “Griff” Ford-Griffin has a penchant for sarcasm, a majestic nose and all the sensitivity of a sledgehammer.

She can’t take her eyes off him.

Griff can hardly focus with a contagious joy fairy flitting about near him, especially when Freddy looks at him like that. His only concern right now should be on shutting down his younger brother’s well-intentioned (disastrous) schemes—or at the very least on the production (not this one) that might save his family home from the banks.

Instead all he can think of is soft skin and vibrant curls.

As he’s reluctantly dragged into her quest to rediscover her passion for the stage and Freddy is drawn into his research on a legendary theater star, the adage about appearances being deceiving proves abundantly true. It’s the unlikely start of something enormous…but a single revelation about the past could derail it all.

“There’s more drama offstage than on, the writing is outstanding, and the bit of mystery blends well into the romance. Theater fans will devour this lovely contemporary romance.”-Publisher’s Weekly, starred review, on The Austen Playbook

Once upon a time, there was a great stage actress in the making.  By all accounts, the theater was in her blood and her family history backed that up one hundred percent...but sometimes what we WANT to do and what we OUGHT to do are two different things, and therein lies the conundrum.  The OUGHT will lead her down the path to greatness, and establish her as an actress to remember filling time honored roles and following in the footsteps of her familial predecessors.  The WANT in this case is a lot more fun, and less serious, but it will make her happy and allow her inner talent to truly be on display.  To disappoint family and push aside obligations is a tough decision to make...but so is squashing your own dreams to fulfill those of another...

Honest to goodness, for me it was initially a little rocky to get into, but once things clicked...I was hooked! With memorable characters, a multilayered story, a bloody good romantic interlude, and an ending that just felt right...why I do believe Ms Austen herself would be proud.  While it is the fourth book in the series (which somehow I did not know until writing this post!), it does work fine as a standalone...but then again, the more the merrier!  You'll enjoy the theatrical performances both on and off stage, the witty repertoire, the Darcy-esque moments, and the general FUN to be had throughout the story, while being drawn in deeper, and deeper to the unexpected mystery at the heart of it all. 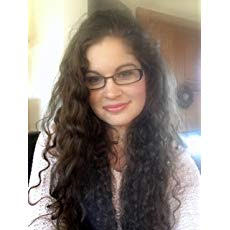 Lucy Parker lives in the gorgeous Central Otago region of New Zealand, where she feels lucky every day to look out at mountains, lakes and vineyards. She has a degree in Art History, loves museums and galleries, and doodles unrecognisable flowers when she has writer’s block.

Her interest in romantic fiction began with a pre-teen viewing of Jane Austen’s Pride and Prejudice (Firth-style), which prompted her to read the book as well, and the rest was history.

Special thanks to Lisa at TLC Book Tours and the Carina Press team for the chance to bring this tour to you as well as the eARC for review.  (THANKS!)  For more information on this title, the series, the author, the publisher, or those tours on the horizon, feel free to click through the links provided above.  This title is set to release April 30th, 2019 via Carina Press, so mark your calendar or pre-order your copy today!  Be sure to check out the rest of the tour as it makes its way through the blogosphere including yesterday's stop at FROM THE TBR PILE, my co-host for the day over at READ LOVE BLOG, tomorrow's stop over at WHAT IS THAT BOOK ABOUT, and the initial kick-off on TLC Book Tours site.

Perhaps not one for me but I have several friends who I know would adore it.

I am so glad you enjoyed this one! It sounds like a really good vacation read! Thanks for being on this tour. Sara @ TLC Book Tours