Today, we're spreading the PRE BOOK BIRTHDAY BUZZ about a NEW TITLE coming this Tuesday via HQN Books!  It's the latest release from author Sarah Morgan﻿, and if you haven't already sampled her work, I highly suggest you do (a good starting point would be her Manhattan series...SO GOOD!)!  This time around it's a Contemporary Romance/Women's Fiction title that explores friendship, love, and life as one character is beginning her journey and another is starting anew.  I can't tell you how perfect this book was for me when it arrived, but I will...in just a moment...first, the intro!  Today's title in the spotlight and book of choice is... 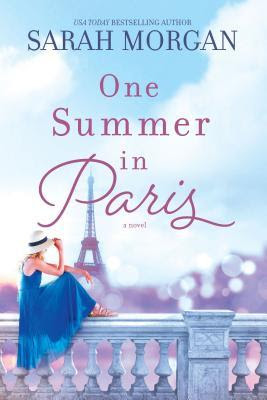 About the book...
To celebrate their twenty-fifth wedding anniversary, Grace has planned the surprise of a lifetime for her husband--a romantic getaway to Paris. But she never expected he'd have a surprise of his own: he wants a divorce. Reeling from the shock but refusing to be broken, a devastated Grace makes the bold decision to go to Paris alone.  Audrey, a young woman from London, has left behind a heartache of her own when she arrives in Paris. A job in a bookshop is her ticket to freedom, but with no money and no knowledge of the French language, suddenly a summer spent wandering the cobbled streets alone seems much more likely...until she meets Grace, and everything changes.  Grace can't believe how daring Audrey is. Audrey can't believe how cautious newly single Grace is. Living in neighboring apartments above the bookshop, this unlikely pair offer each other just what they've both been missing. They came to Paris to find themselves, but finding this unbreakable friendship might be the best thing that's ever happened to them... 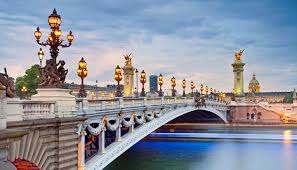 So, once upon a time, there was a girl.  Life was going along swimmingly...okay, so it had its ups and downs, but for the most part it was above the bar...until one day an evil presence swept her known world away leaving her "kingdom" in ruins, and a whole in her heart.  The evil passed as most evil does, but the whole in both her life and self remained.  Try as she might, she couldn't find anything to fill that missing piece...until the day she was able to pick up a book once again.  The escape they offered into worlds beyond her imagination, outside the new boundaries of her front door, were a welcome relief, and while it didn't replace everything lost...it started the healing process on a simple part of her soul and meant the world to the girl.

That girl was/is me...and while we're still rebuilding so many months after the storm, truthfully...things haven't gotten all that much easier.  People outside of the stricken area move on, forget, and have other worries/issues crop up that are more pressing in their lives...but for those of us "left behind", it's a struggle, and anything that helps give some sort of normalcy to this crazy new world we're traversing is a welcome blessing.  The reconnection with reading was/is my escape, and when I received an email from Anna that this book was winging its way to me, I couldn't have been happier.  The author is one I've read many works by...the last being The Christmas Sisters (such a good read!)...and who's writing always managed to pull me right into the story, allowing me to get lost in someone else's troubles, relish someone else's triumphs, and go starry-eyed over the love someone else had discovered.  This release was no different. 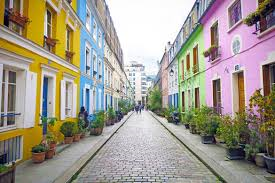 While Grace and Audrey are separate in many ways...age, life stage, experience, and whatnot...they are close at heart, reminding us that friendship is not restricted to those in our own generation.  There is much to be learned from those older AND younger (as they both discover), much room to grow no matter your current age, and so much potential for things to still come out all right in the end.  What happened to both Grace and Audrey was not ideal in any fashion, and yet somehow they not only found each other, but themselves along their crooked paths towards their unknown futures.  The high hopes they initially held were thwarted time and again, but they never gave up...not truly...and in trudging through it, they were better for it in the end.

Honestly, I loved the progress/growth both characters showed along their journey, the connection they made with each other as well as those they met, the times and experiences they shared, the bookstore that gave them more than wordy wonders but a piece of themselves they didn't even realize they were missing.  It truly enchanted me, heart and soul.  I will admit, I was worried for a bit for both our leading ladies.  Grace had such a kicker of a moment coming up at book's end, I really couldn't fathom it going one way, hoped it went another, and yet how it ended up was a beautiful blend of give and take that really worked.  Audrey had my heart in a bind as well because she was finally showing her true colors and despite her can-do attitude, walls kept being thrown up in her face.  Even the sweetness she found in the city was causing her heartache, and yet the author makes it work in her favor while still giving us a satisfying end.

All in all, it was wonderful, magical, realistic, and even at times infuriating, but I adored every moment!  Whether I was swooning, having a bookish moment, nodding in agreement, or gasping at a turn of events, it's a definite MUST READ this Spring/Summer and one I highly suggest making room on your wish list for!

Romantic Times has described her as 'a magician with words' and nominated her books for their Reviewer's Choice Awards and their 'Top Pick' slot. In 2012 Sarah received the prestigious RITA® Award from the Romance Writers of America. She lives near London with her family. Find out more at www.sarahmorgan.com

Special thanks to Anna of Aro Publicity for the ARC for review.  (THANKS!)  For more information on this title, the author, or the publisher, feel free to click through the links provided above.  This title is set to celebrate its BOOK BIRTHDAY April, 9th, 2019 (as of this post) via HQN Books, so mark your calendar or pre-order your copy today!