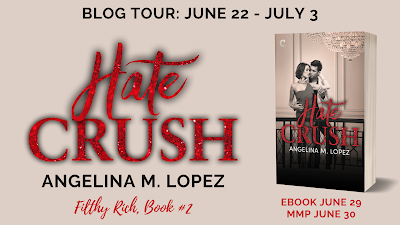 Today, we're teaming up with Carina Press to celebrate the forthcoming release of a NEW Romance title that is definitely a case of ADULTS ONLY reading.  It's the second release in the Filthy Rich series and though I've not read the first, I can honestly say it stands just fine on its own.  So, if you're looking to turn the heat up on your reading wish list, come with me as we journey through the epages of today's ebook of choice... 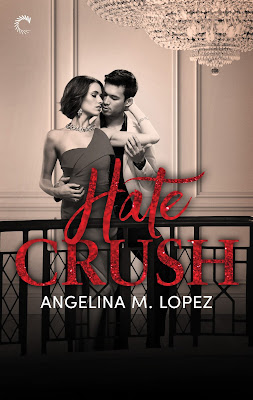 About the book...
A fake relationship could help Princesa Sofia save her kingdom. Only problem: She’ll have to fake it with the man who broke her heart.

Ten years ago, wild child Princesa Sofia Maria Isabel de Esperanza y Santos fell in fast crazy love with heartbreaker Aish Salinger during one California harvest season. Now, all grown up and with the future of her kingdom on her shoulders, she hates him as passionately as she once loved him.

Even if her body hasn’t gotten the hate memo.

Faking a relationship with the now-famous rock star for the press and public will ensure the success of her new winery and prosperity of her kingdom. All she has to do is grit her teeth and bear his tattooed presence in her village and winery—her home—for a month.

Trying to recover from his own scandal, fallen superstar Aish Salinger jumps at the chance to be near Sofia again. Leaving her was the biggest mistake he’s ever made, and he’s waited ten years to win her back.

He never counted on finding a woman who despised him so much she didn’t want to be anywhere near him.

A war of wills breaks out as the princess and rock star battle to control their fake relationship. She wants to dictate every action to keep him away from her. He wants to be as close as he can be. She’s already lost so much because of Aish—e won’t be the reason her people lose even more.

But he also won’t make her break her life’s most important vow: To never fall in love again.

While some may very well doth protest too much...
...these two could set the vineyard on FIRE!

Alright, I made mention before, but let me say it again...
...ADULTS ONLY...
...for this one has language (blame the rockstar, mostly), situations (compromising to say the least), and scenes that will definitely not suit those that prefer no higher than blush worthy levels of heat.  As for my preference, I could have done with a tone down, but it was my first exposure to this series, so I managed and completed the read.  Now, on to that story...

We've got two VERY STRONG characters with equally STRONG reputations...and I can't say I mean the last part in the best of lights.  She's known as the party princess, but those ways aren't as recent as some would like to imagine.  He's known as the washed up rockstar that can't keep it in his pants, but...okay, well he sort of still is in that phase so I guess some perceptions are accurate.  Anywho, introduce a drunken night, loose lips that sink ships, and you've got a scandal that could make one a rising star again and the other go down in flames.  Good thing PR people are paid the big bucks to turn these challenges into opportunities, then again...maybe not.  Him and her in the same country is bad enough, but in the same room, you'll be dodging daggered glances from her side while he tries to find his way back into her good graces.  The pro-mance could work, but, umm....yeah...things kick up several notches VERY FAST, and then it's the two of them not simply trying to figure out their own lives, but the reality behind #Aisha.

I gotta say, despite the hot and heavy times aplenty, and I mean we're talking present day and in the past, I was really glued to the page.  I wanted to see if the PR "stunt" would work out and HOW.  I wanted to know if the insidious letch that was the stuffed shirt winemaker of her area had everything rubbed in his face.  I needed to see the her mom (the queen) taken down several notches (the nerve of the woman...and with her history!).  I desired to see just where these two enamored yet broken souls would land and would it be together. We get a little, tiny bit technical on the winemaking side of things, but it shows the author did her homework, and gave additional credit to our leading lady...and even our leading fella, even if his dreams were more superstardom born than family legacy.

All in all, it's a HOT READ that will leave your burning...through the pages!  Discover the world of the Filthy Rich and see just how the other half really live! 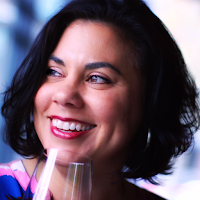 Angelina M. Lopez wrote "arthur" when her kindergarten teacher asked her what she wanted to be when she grew up. In the years since she learned to spell the word correctly, she's been a journalist for an acclaimed city newspaper, a freelance magazine writer, and a content marketer for small businesses. Finally, she found her way back to "author."

Angelina writes sexy, contemporary stories about strong women and the confident men lucky enough to fall in love with them. The fact that her parents own a vineyard in California’s Russian River Valley might imply a certain hedonism about her; it's not true. She's a wife and a mom who lives in the suburbs of Washington, D.C. She makes to-do lists with perfectly drawn check boxes. She checks them with glee.

You can find more about her at her website, AngelinaMLopez.com.

Special thanks to Stephanie and the Carina Press team for the chance to bring this tour to you as well as the ebook for review. (THANKS!) For more information on this title, the author, the series, or the publisher, feel free to click through the links provided above. This title is set to release June 29th, 2020 via Carina Press, so mark your calendar or pre order your copy today.  Be sure to check out the rest of the tour going on now throughout the blogosphere!