Today, I'm SO EXCITED to be bringing you news of a Young Adult title that released a little under the radar this past week that SERIOUSLY needs to be right smack on top of your wish/reading list.  It's the first of a planned two book (or perhaps more?) series from a relatively new voice to the writing world, but if this one is anything to go by, their talent will take them far!  So, ready or not, get ready to tread in the land where dreams can come true, but danger is just as much a possibility, as we explore... 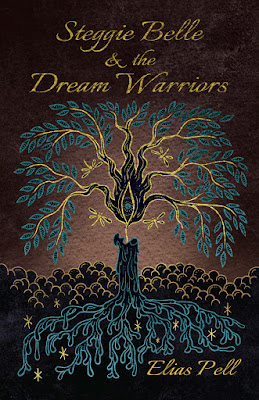 About the book...
“What if our understanding of dreams is just a poor reflection of another place… a real place?”
During a storm, a man who calls himself Zoofall has barricaded himself inside an attic. He has only seven candles worth of time to reveal his extraordinary secrets. How, when he was a boy, he discovered a wild other world, where Reality and Mythology meet, beyond the limits of Lucid Dreaming. There he found a group of other young dreamers, and together, through many adventures, they tried to unravel the terrifying mysteries of this dream world.

In a race against time, Zoofall must figure out if his own unusual powers make him a possible saviour or a dangerous burden. As dark forces rise up, threatening to engulf their group, he must uncover the greatest mystery of all. Who their incredible leader, Steggie Belle, really is, how she became so powerful, and if by any chance she can be saved?

This is definitely one of those sleeper releases that needs its time in the sun!  Basics...Zoofall (so aptly named for how he became one of those potentially destined to be dream warriors) is an adult, writing his memoirs in the locked attic of a house while the candles burn low, one by one.  He's given himself seven in which to complete his task, and then...it won't matter really.  He may never return from where he's going, let alone accomplish all that he has planned, as he tries to rescue those he cares for from an unknown fate more terrible than you'd care to imagine...

...and that my friends is only the beginning!
Along the way, we discover what both the waking and dreaming worlds held for Zoofall (from fantastic flights of fancy to hidden talents, and uber scary potential fates!), along with Wolfe, Puddle, and many others.  The world created is rather curious, but don't try to figure it out too much because as they so perfectly point out, the dream world doesn't follow the same rules as the waking.  Though the friendships, trials, and tribulations these three face do stagger, the equally enthralling tale lies with one Steggie Belle.  How she came to the world of dreams was rather unique, and her abilities within it are fairly spectacular, but the story she shares of those first days/weeks/months are beyond compare.  They start the mix of myth, legend, and every day, really setting us up for all that's still to come...

In the end, I couldn't believe the depth to which this world was created, the characters with which we were granted friendship, the dreams that we were made privy to, and the nightmares that awaited unsuspecting souls in the dark.  Trust me when I say the ending is STUNNING and if you happen to be turning those final pages in the dark of night, you might want to leave a candle of your own burning bright... 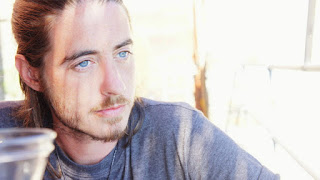 Elias Pell is a London born poet, writer, lifelong daydreamer and Lucid Dreamer.
After drifting briefly in and out of University, Elias decided to travel and found he had an
uncanny knack for getting himself into unusual situations. Several years and many adventures
later, Elias returned to London where, at the age of twenty-seven, he published a book of poetry,
buried his backpack at the back of the wardrobe, and attempted to settle down. When this
eventually failed, Elias felt a strong need to cleanse himself of such “sensible aspirations”.

So, in 2012, he embarked on a crazy mission: camping and sleeping “rough”—in some highly
questionable places—while walking over 1,500 miles barefoot, raising money for charity. It was
during these months when Elias decided Steggie Belle & the Dream Warriors was a story that
needed telling. While recovering from the injuries incurred, Elias Pell came up with a reasonably
rational plan—by his standards. And four and a half years later, having knuckled down, working
and saving every penny he could, he retreated to focus full-time on his life’s true passion:
writing.

Disguised as an adult (children have somehow always been able to see through this facade) Elias
left England in 2016 and never looked back. Since then, he has won AudioArcadia’s
International Short Story Competition (2018), and earlier this year published a collection of
short stories for adults, entitled Scapegoats & Crowbars .

Elias is currently working on the sequel to Steggie Belle & the Dream Warriors — yes, there is a
sequel, and possibly even more to come — alongside other exciting new writing projects.

Special thanks to author Elias Pell for the ebook for review.  (THANKS!)  For more information on this title, the author, or his other works, feel free to click through the links provided above.  This title is available now, so click on over to your favorite online retailer to snag your copy now!