Welcome back to Satisfaction for Insatiable Readers.

Today, I'm thrilled as punch to hep kick off a fabulous book tour for a newly released title (just yesterday!) by author Rebecca K. S. Andari via Walden Pond Press!  It's a work of Middle Grade Fiction that has a healthy serving of mystery, a heaping scoop of reality, and a whole lot of heart!  Seriously guys, I JUST finished reading it and I'm still reeling.  So roll out the red carpet and double check that what you just saw across the street is still what you saw across the street, because here comes today's blog tour guest and book of choice... 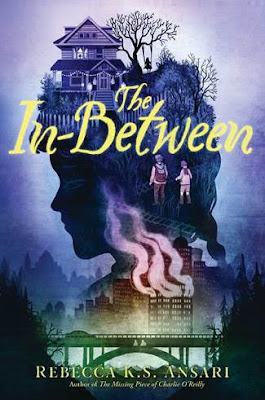 A dark, twisty adventure about the forgotten among us and what it means to be seen, from the acclaimed author of The Missing Piece of Charlie O’Reilly.
Cooper is lost. Ever since his father left their family three years ago, he has become distant from his friends, constantly annoyed by his little sister, Jess, and completely fed up with the pale, creepy rich girl who moved in next door and won’t stop staring at him. So when Cooper learns of an unsolved mystery his sister has discovered online, he welcomes the distraction.
It’s the tale of a deadly train crash that occurred a hundred years ago, in which one young boy among the dead was never identified. The only distinguishing mark on him was a strange insignia on his suit coat, a symbol no one had seen before or since. Jess is fascinated by the mystery of the unknown child— because she’s seen the insignia. It’s the symbol of the jacket of the girl next door.
As they uncover more information— and mounting evidence of the girl’s seemingly impossible connection to the tragedy—Cooper and Jess begin to wonder if a similar disaster could be heading to their hometown. 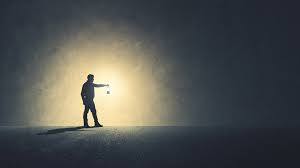 First things first, that cool as all get out and yet ultra creepy cover!  Once you get started in the book, you can see where the different elements come from and the significance of each, but before you read...it's another puzzle needing to be solved, and I was only so happy to have the chance to do just that!

Story wise...I was glued to every page!  The mystery of the catastrophes, the appearance of the crest, the fixture of a girl across the way with little to no interaction, the unusual things they seem to be only privy too (well, Jess, Coop, and Gus, that is)…shall I keep going?  Okay, but really....the friendships lost and found, the family connections severed and built, the sense of self and importance rediscovered...there are so many areas of interest to follow, and yet you never lose sight of the main thread.  You feel included in this sibling plus friend trio, and despite their own doubts as to their standing in their own worlds, they are quite clearly an important part of your own once you're between the pages.

I can't risk saying too much because to ruin the mystery at its heart would break my own...and trust me, mine was already broken as I had tears streaming down my face further along in the book...but suffice it to say, this is one family despite its history that you will want to be a part of.  This is one gathering of friends that you will want to know.  This is one story that will keep you on edge right to the very last page, and you most definitely won't soon forget.  I mean, once someone has impacted your life, how can they ever truly be gone...

Rebecca lives in a very loud house in Minneapolis with her husband, four boys, and her seriously massive pets. After twelve years as an ER doctor, she shed her scrubs to write magical and mysterious worlds for middle-grade readers. She is drawn to any story that evokes, "Please, Mom! Just one more chapter!" and she strives to craft the same. Rebecca was the winner of the Minnesota SCBWI Mentorship for 2015. When she isn't writing, you can find her biking, cooking or escaping "up north" with family, friends, and a stack of good books.

Special thanks to Debbie and the Walden Pond Press team for the ARC for review and the chance to bring this tour to you.  (THANKS!)  For more information on this title, the author, or the publisher, feel free to click through the links provided above.  This title is available now, so be on the lookout for it at your favorite online retailer or brick and mortar store!  Don't forget to check out the rest of the tour for more bookish fun!