Today, we welcome back Rachel’s Random Resources as we host a spot on their most recent tour celebrating the arrival of a new Historical Romance title you won’t want to miss! Think Cinderella in another time and place, all shoes are kept in their owner’s possession, and there’s a lot more of the story fleshed out on BOTH sides of that potential for happily ever after. Intrigued? GREAT because that will serve you well as we take a closer look at today’s title in the spotlight and ebook of choice... 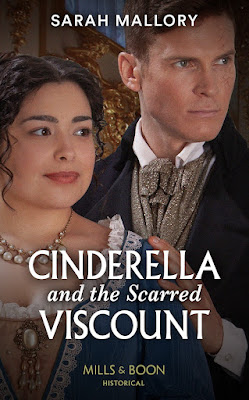 Cinderella and the Scarred Viscount
by
Sarah Mallory
Mills & Boon
About the book...
An imperfect proposal…
But a perfect match?
Major James Rossington, Viscount Austerfield, survived Waterloo, but can he survive the Season as London’s most eligible bachelor? Convinced his battle scars make him unlovable, and to escape Society’s matchmakers, Ross proposes a wedding in name only to shy, sensible Carenza Bettridge. Liberated from her cruel stepmother and bullying half-sisters, she blossoms into a confident, altogether desirable woman. He promised Carenza a convenient marriage, but inconveniently finds himself wanting more…
AMAZON UK | US
~~~~~~~~~~~~~~~~~~~~~~~~~~~~~~~~~~~~~~~~ 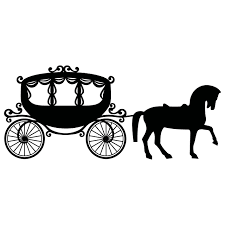 I adored this one from start to finish!
It reminded me of the classic Cinderella story, but only just. Carenza was a strong, intelligent, loving daughter, brushed aside by a new stepmother and her daughters by blood. Her father should have set things to right, but alas, too much time passed between his lonely widower days and the day of reckoning for his actions to have any affect other than to inflame and cause backlash. His only desire is to see her cared for as she should be, to live as she wishes, and be loved. Enter one Major with a “healthy” chip on his shoulder from wounds afflicted in times of war. He wasn’t intended for Carenza’s eyes or she for his arm...in fact, the stepmother thought to invite him to stay to set one of her blood daughters up for bigger, better things...but alas, the heart wants what the heart wants...even if one doesn’t choose to engage it in battle.
Confused? Oh, don’t worry...it’s just that the Major has sworn off the institutes of marriage and love. He’s not one to fall victim to any wedding schemes, no matter how much they would love him too. ..but...his conscience may be swayed to help a maiden in need, even if she, herself, isn’t asking. And then what? Could a union born of a favour, nay a proposal however unusual, grow into something more? OH it CAN, and it WILL...but I shan’t spoil the story any more than that!
We get to know both Carenza and the Major so much better as the story progresses, as they get to know each other as well, and what starts as a matter of convenience for them both, grows into having so much potential, your heart will melt. I loved seeing the inner strength of character she had, along with the blossoming awareness of her own beauty. It was refreshing to see a tarnished prince charming, albeit only in his own mind, that while resistant to accepting assistance from others, reaches a point where it no longer tortures him to do so, but rather tortures him not to! The sparks are there, and waiting, and watching for them to catch fire was an utter joy!
A perfect fit for Historical Romance fans with characters to love and loathe, but a happily ever after truly worth fighting for!
~~~~~~~~~~~~~~~~~~~~~~~~~~~~~~~~~~~~~~~~
About the author... 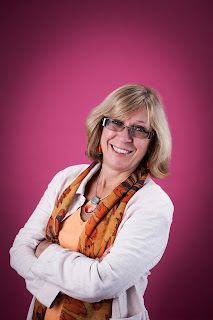 Sarah Mallory is an award-winning author who has published more than 30 historical romances with Harlequin Mills & Boon. She loves history, especially the Georgian and Regency. She won the prestigious RoNA Rose Award from the Romantic Novelists Association in 2012 and 2013. Sarah also writes romantic historical adventures as Melinda Hammond. Sarah lived for many years on the Yorkshire Pennines, taking inspiration from the wild and rugged moors. Then in 2018 she fell in love with Scotland and ran away to live on the rugged North West Coast, which is proving even more inspiring.
SITE | TWITTER
~~~~~~~~~~~~~~~~~~~~~~~~~~~~~~~~~~~~~~~~ 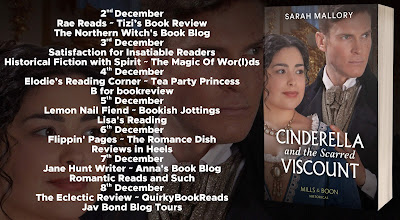