Today, we’re on board with another Rachel’s Random Resources tour as we shine the book spotlight on a wintery read set to warm hearts this holiday season. It’s the next instalment in the Heritage Cove series, so if you’ve read others, you’ll be in the know regarding who’s who and what’s what, but even if you’re only starting out, you’ll catch on quickly as it reads perfectly fine as a stand alone. Ladies and gents, gather your cold winter gear as we step into today’s ebook of choice... 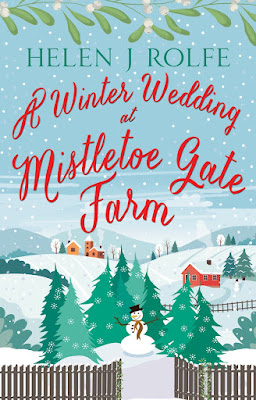 A Winter Wedding at Mistletoe Gate Farm
by
Helen J. Rolfe
It's almost Christmas in Heritage Cove - the village tree is all lit-up, the bakery is full of festive treats, the tea rooms and waffle shack are welcoming locals inside out of the cold, and for some of the residents of the Cove, snow might not be the only thing they're wishing for this year...
Tilly is overjoyed when an estranged relative comes to Heritage Cove wanting to make amends. But as she lets him in to her life and Tilly’s Bits ‘n’ Pieces - the shop she owns and loves - her friends aren’t so sure whether everything is quite as it seems.
Benjamin’s parents run Mistletoe Gate Farm, selling Christmas trees, wreaths and mistletoe. Benjamin has always thought his family was as firmly rooted in the ground as the rows of Norway Spruce and Fraser Firs. But when he finds a letter that rocks his world he realises he may not be able to do anything to prevent the changes coming their way.
Benjamin and Tilly have been falling for one another since the summer but will family complications put an abrupt stop to what is looking like a burgeoning romance?
With festive cheer weaving its way through the Cove as two local favourites plan their wedding, there’s more than one relationship that could receive a little Christmas magic…
Amazon UK  |  US
~~~~~~~~~~~~~~~~~~~~~~~~~~~~~~~~~
It was wonderful watching Benjamin and Tilly’s story unfold. Word to the wise, if you’re looking for something other than slow and steady, the romantic aspect won’t be your cup of tea...however, there’s still plenty going on where that came from!
On Tilly’s side of things, we have her shop, the adorably named Bits ‘N’ Pieces, and the progress she’s making with both stock, and growth, as well as the future she’s planning for it. Then there’s the unexpected visitor from her family’s past that is there to reconnect and make amends...though I too found it oddly suspicious that Tilly’s dad never mentioned him before. My mind wandered in one direction with this storyline, and the author took it in another direction, but it still felt right with the gut feelings you have with this particular person.
On Benjamin’s side of things, we’ve got the changes going on at the Christmas tree farm, the unexpected uncovering of even bigger changes in the works within his own family dynamic, and what the future might bring for them all. I can honestly say, I’m not certain I could have kept as quiet about the discovery he made, nor held by tongue as well as he did regarding Tilly’s family, but it did make me respect Benjamin all the more.
All in all, it was an idyllic trip to a town riddled with family traditions that reminds us that blood is not always thicker than those we choose to make our family, and friends, at least good ones, are worth their weight in gold. Look for the happy ending when all is said and done, and plenty of mistletoe!
~~~~~~~~~~~~~~~~~~~~~~~~~~~~~~~~~
About the author... 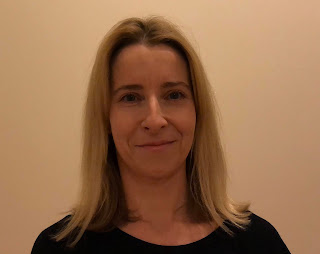 Helen J Rolfe writes contemporary women's fiction and enjoys weaving stories about family, friendship, secrets, and community. Characters often face challenges and must fight to overcome them, but above all, Helen's stories always have a happy ending.
Location is a big part of the adventure in Helen's books and she enjoys setting stories in different cities and countries around the world. So far, locations have included Melbourne, Sydney, New York, Connecticut, Bath and the Cotswolds.
FACEBOOK  |  TWITTER  |  SITE
INSTAGRAM  |  BOOKBUB
~~~~~~~~~~~~~~~~~~~~~~~~~~~~~~

Special thanks to Rachel at Rachel's Random Resources for the chance to bring this tour to you. (THANKS!) For more information on this title, the author, this promotion, or those on the horizon, feel free to click through the links provided above. Be sure to check out the rest of tour for more bookish fun!
Until next time, remember...if it looks good, READ IT!
Posted by Gina at 12:30 AM