Welcome back to Satisfaction for Insatiable Readers.... 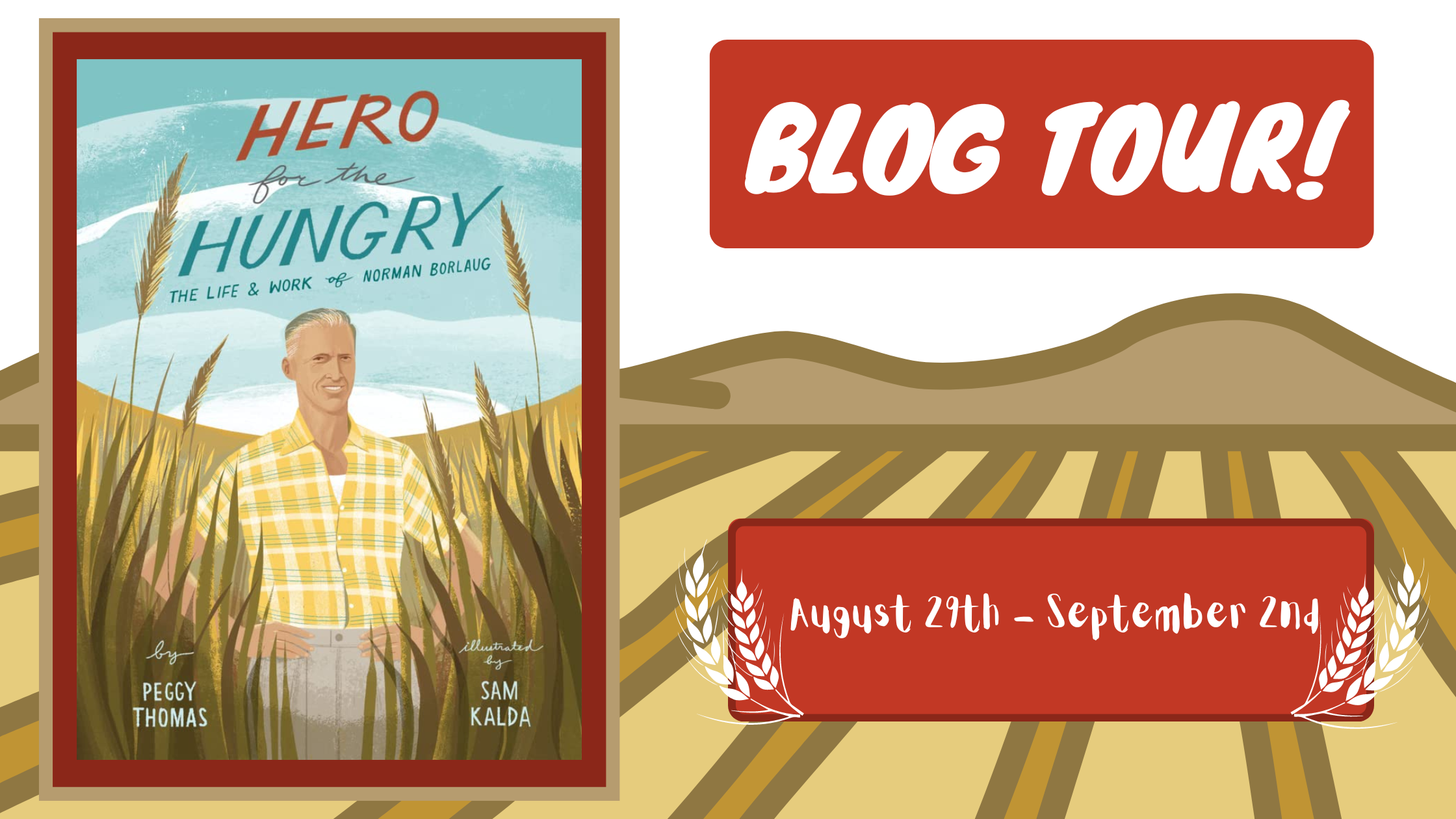 ...and welcome to the Hero for the Hungry Blog Tour!

Follow along all week for exclusive guest posts from author Peggy Thomas, plus 5 chances to win Hero for the Hungry (on shelves 9/1 via Feeding Mind Press)!  First, let's get a little better acquainted with the title in the spotlight today and then KEEP READING as we host one of those special GUEST POSTS about author Peggy Thomas' writing/topic choices...

Hero for the Hungry: The Life & Work of Norman Borlaug
by
Peggy Thomas
Illustrated by
Sam Kalda
About the book...
Can a quiet Iowa farm boy grow up to change the world? Norman Ernest Borlaug did. Norman Borlaug was the Father of the Green Revolution, saved millions from starvation, and won the Nobel Prize.
How? Science, true American grit, and a passion for helping those in need.
Born in 1914, raised on a small farm, and educated in a one-room schoolhouse, Norman Borlaug learned to work hard and excelled in sports. Against odds and adversity, Norm studied forestry and eventually became a plant scientist, dedicating his life’s work to ending world hunger. Working in obscurity in the wheat fields of Mexico, Norm and his team developed disease-resistant plants, and when widespread famine threatened India and Pakistan, Norm worked alongside poor farmers and battled bureaucracy to save millions from mass starvation. Often called the “Father of the Green Revolution,” Norm helped lay the groundwork for agricultural technological advances that alleviated world hunger. He won the Nobel Prize for Peace in 1970. He was a true hero for the hungry.
Can pursuing science help you and your future generation? This book is sure to inspire young learners!
Sidebars include topics such as a deeper dive into the science Norm was using to produce new and better wheat varieties, agronomy, wheat genes, stem rust, nutrients and more. Back matter includes a timeline of events and discoveries and a call to action for readers to use science to solve problems and do small things to help with hunger and food waste.
Hero for the Hungry is excellent for a science class learning about genetics, an agriculture class studying agronomy, or a history or English class looking for a well-written biography on a hero scientist.

I like to write about agriculture. Maybe it’s because I like to garden. Or maybe because I like to eat. Whatever the reason, I have now written six biographies of people who’ve had a profound impact on American farming. My first was accidental. I considered Farmer George Plants a Nation as just a history book. But unbeknownst to me, Washington is the patron saint of the Future Farmers of America (FFA), and they appreciated a book that highlighted the first president’s farming prowess.

While researching Washington, I read the letters that he and Thomas Jefferson exchanged about manure. Why not write about T.J. next?  I thought I’d be focusing on the lovely orchards and gardens at Monticello, but no! Some of T.J.’s greatest ag contributions took place in France where he whetted Europe’s appetite for American food by serving up corn on the cob. Then he stole rice from Italy to give to farmers back home. And you can’t forget the Louisiana Purchase which doubled the amount of America’s farmland, and gave me a title, Thomas Jefferson Grows A Nation.

Then my editor said, What about a presidential trilogy? Sure! Jimmy Carter and peanuts?  LBJ and cattle? What about Lincoln? Out of all the presidents, Lincoln did have the greatest impact on farming, at least legislatively, but he was also famous for saying that his dad taught him how to farm, but never taught him how to love farming. How could I reconcile that? Then one day I noticed the phrase “clearing a path” in several of Lincoln’s letters. That was it. By forming the USDA, signing the Homestead Act, the Transcontinental Railway Act, and the Morrill Act for Land Grant Colleges, Lincoln cleared the path for American farmers! But that revelation took a few years.

In the meantime, I wrote George Washington Carver for Kids, which was fun because I spent an entire summer making peanut cookies, washing socks on a wash board, mixing natural paints, and figuring out how to build a diorama of a sod house. Then came Henry Ford Grows a Car. How could I not write about the creation and disappearance of one car that was built by a man who made millions of cars. AND that car was made with soybeans! Plus, Ford and Carver were friends! I love when one book leads me to the next.

But my newest book was different. I had no idea who Norman Borlaug was. I never heard about the scrappy kid from Iowa who created his own baseball league, or the teen wrestling star who talked his way into college. I had no clue that Norm’s rebel research style shattered science’s understanding of plants, or that his work with wheat had been credited with saving millions of people from starvation.

Apparently, I wasn’t paying attention when Norm earned the Congressional Gold Medal, or the Presidential Medal of Freedom, or the Nobel Peace Prize. And it wasn’t even that long ago. Norm was working in Africa with Jimmy Carter and Bill Gates up until he died in 2009.

The more I learned about Norm, the more ashamed I became of my ignorance. Had I known, I could have written about him years ago when he was still alive. I’d missed my chance to speak to him in person and see him in action. The best I could do now was to immerse myself in his notebooks, examine photographs, speak to his family and friends, and listen to taped interviews. I was determined to write a story so compelling that the name Norman Borlaug would be just as well known as Washington, Jefferson, Lincoln, Carver, and Ford.

Time will tell if I’ve been successful. Until then, on to the next great American ag story. 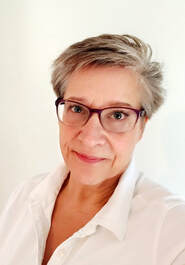 Peggy Thomas has always loved true stories, and can’t remember a time when she wasn’t thrilled to find animal bones, musty encyclopaedias, or a history plaque by the side of the road. It's that same curiosity that has fueled the research and writing of more than twenty nonfiction books for children.

With a master’s degree in anthropology, Peggy explores a wide range of subjects, blending history and science to create award-winning titles. Her most recent books include Lincoln Clears a Path (Calkins Creek, 2021) and Full of Beans: Henry Ford Grows a Car (Calkins Creek, 2019), which earned NSTA Outstanding Science Trade Book, 2020 Best Book from the American Farm Bureau Foundation for Agriculture, and Book of the Year from the Henry Ford Heritage Association.

Peggy is a member of SCBWI, a blogger for Nonfiction Ninjas, and on the creative team behind Nonfiction Fest, a month-long celebration of writing nonfiction for children.

Sam Kalda is an illustrator and artist based in Saint Paul. His commissioned works include editorial, book, advertising and pattern illustration. In 2017, he received a gold medal in book illustration from the Society of Illustrators in New York. He also won a medal from the Cheese Club in college for being able to identify the most amount of, well, cheeses. His first book, Of Cats and Men: History's Great Cat-loving Artists, Writers, Thinkers and Statesmen, was published by Ten Speed Press in 2017. He recently illustrated his first picture book, When We Walked on the Moon, written by David Long and published by Wide Eyed Press in 2019, as well as the follow-up, When Darwin Sailed the Sea.

He lives in an old house with his husband and two cats, Arthur and Frances. In their role as studio assistants, the cats specialize in houseplant demolition and pencil relocation. He enjoys futzing around in his garden, going to estate sales, and taking long walks. So basically, when he's not working, he's retired. He's taught at CUNY Queens College and Minneapolis College of Art and Design.

Feeding Minds Press is a project of the American Farm Bureau Foundation for Agriculture, whose mission is to build awareness and understanding of agriculture through education. We focus on helping young readers understand where their food comes from, who grows it, and how it gets to them and believe in cultivating curiosity about food and farming and how agriculture plays a role in our daily lives. All books from Feeding Minds Press have accompanying lessons, activities, and videos to further learning available on their website, www.feedingmindspress.com. 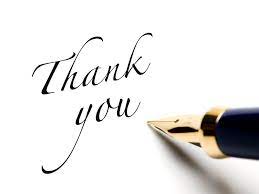 Special thanks to Casey at Media Masters Publicity for the chance to bring this tour to you and to the author/publisher for the special guest post.  (THANKS!)  For more information on this title, the author, the illustrator, or the publisher, feel free to click through the links provided above.  This title is AVAILABLE SOON via Feeding Minds Press (09/01/22), so mark your calendar, or preorder your copy today!

Such a great post, thank you for bringing not only the book but the author etc to our attention. Good luck all those entering the giveaway.

Fascinating and extremely interesting. Thanks for this feature.

I learned that this author does hands-on research for her books.