So, as many of you know, August 20th, 2022 was BOOKSTORE ROMANCE DAY...and whilst I was not able to post specifically for the day, I'm definitely in a better-late-than-never frame of mind because really, EVERY DAY could be BOOKSTORE DAY in one category or another, and I'd be completely on board with it!  But I digress, this post is about the books!  I've got a roundup of recent and recent-ish releases that will entertain, captivate, turn your head, and your heart, all in the category of Romance, that I've read and definitely want to recommend to any other fans of the genre, so get your MUST READ LIST ready for a few new additions! 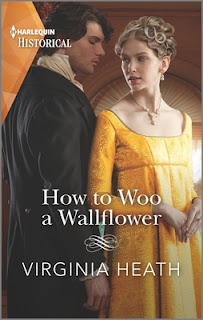 How to Woo a Wallflower
Society's Most Scandalous, Book 1
by
Virginia Heath
9781335723352
Harlequin Books
One of my FAVORITE AUTHORS (definitely on auto-buy), and her writing never disappoints!  I was lucky enough to snag an eARC of this one, but guess what...I had already ordered it from Harlequin, so now I've got the print edition to add to my collection!
Jasper and Lady Harriet.  He's a rake with a notorious past, and an equally dubious future.  Despite having made his money with his own two hands, the ton doesn't exactly look kindly on him, and though they are fully ready to visit his establishments, they are not as quick to welcome him into their circles.  Lady Harriet is a wallflower, and yet that is mostly of her own design.  She'd much prefer to sit out of the spotlight, especially after her own disastrous season coupled with a riding accident that left her a little less than confident and with a lingering injury to boot.  She doesn't let it get in her way, and in truth does everything she can to live beyond it, including helping others that may be in her very shoes, but it's still anything but fun to be considered less than, or babysat at every event in the hopes that she won't feel left out.  Her helpful spirit, and kind heart get her into more trouble when she dares to help her longtime friend.  Secrets and rumors abound, and when the dust settles, it may be more than one heart can bear...but two?  Now that IS an interesting mix.
I loved seeing these two characters dance around each other and how Jasper turned the wallflowers into THE EVENT versus the event themselves...too much!  Okay, so not really too much, but too much in the WHAT A PERFECT TWIST sort of way because who doesn't like a rake with a heart of gold, attention to lavish, and integrity to spare?  Yeah, exactly...but don't tell the ton.  He has a reputation to protect.
Another great addition to her growing body of works that never seems to disappoint! 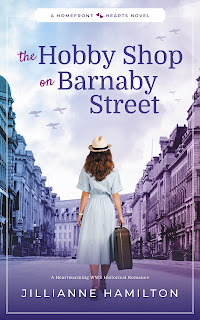 The Hobby Shop on Barnaby Street
by
Jillianne Hamilton
9781775256076
Tomfoolery Press
From the beautiful cover to the moving story, this is one Historical Fiction novel you can't pass up!
As the German invasion of London is under way, every step they take, every decision they make is harder and more fraught with danger than ever before.  The nightly bomb drops make sleep near impossible.  The daytime raids would rattle anyone's nerves.  Those on the front lines weren't the only ones fighting the war...and sometimes the ones left behind had just as harrowing decisions to make putting their lives and the lives of those they love on the line.
Cal and Maisie are two hearts that find each other during tougher than tough times, and yet, it proves that beauty, and love can still be found, if only we're willing to take the chance.  Watching her grow and take charge of her life, seeing him falter under the changes impacting their daily lives and eventually accept that is anything good was to come of this disaster, they'd have to take their futures into their own hands...it was both heart wrenching and heart warming.  There were times I was so on edge about the fate of one character or another, I was literally holding my breath until the moments passed.  Then there were other times that I would simply giggle from the sheer joy they had found, even for a moment, within these horrific times.
A novel of substance, history, and heart, and an author whose further works I shall certainly be looking into .... 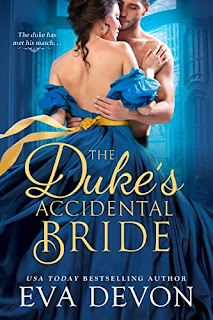 The Duke's Accidental Bride
by
Eva Devon
9781649372475
Entangled AMARA
James and Jacqueline.  Two souls with histories that weigh heavy on their shoulders, and yet two hearts that belong together more than most others.  He was a matchmaker, of sorts, that could make a good pairing for most of the ton...just not for himself.  She belonged to a family that fell into ruins, and while her sister married for companionship, she would have to marry for money to save them all.  Problem is she is not like the rest of the girls...a phrase she grows to thoroughly despise as it seems the only thing that can be uttered by those who should/could have an interest...and yet, one doesn't see it as a problem, but a plus.  Grant it, it's the one that doesn't want to see ANYTHING in her or any other female for that matter, thanks to a treacherous past where love wasn't an easy path to tread, but nevertheless...the heart wants what the heart wants...and this duo is in for a few surprises...as are readers!
It's not just a story of these two hearts, but of giving up the ghost of guilt that doesn't belong to you, living in the moment not the worry of things that may never pass, and opening yourself to the happiness that could be yours if only you'd give it a chance.  It was witty, wonderful, wild at times, and fun...all things I've come to know and love about this author's work. 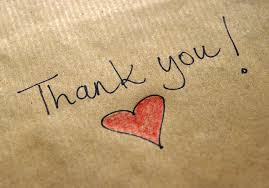 Special thanks to the authors, and publishers featured for both the chance to bring these titles to you and the copies for review.  (THANKS!)  For more information on the books covered, feel free to click on the links above, and be sure to grab your copies either at your local brick and mortar or your favorite online retailers today!  There's never a bad day for a good read!
Until next time, remember...if it looks good, READ IT!
Posted by Gina at 12:09 AM

Ooh! The Hobby Shop on Barnaby Street sounds like my kind of read, the other two not so much but then they'd appeal to my mother-in-law.