Death, Drugs, and Muscle by Gregg Valentino and Nathan Jendrick

Hi there!
Welcome back to Satisfaction for Insatiable Readers!  To all of those off at the BEA event....take some pics for me!  To all of you still hanging around your humble abode...welcome to my world.  If you haven't checked out the Armchair BEA fun over at There's A Book, be sure to take a moment.  It's to help celebrate all the bookish fun to be had whether you fly to New York or not!  In other news, my YEAR ONE BLOGOVERSARY contest is still open...entries accepted through 05/31/10.  Don't forget there is a special link up with Nayuleska from Nayu's Reading Corner offering my international readers a chance to win as well!  That's all for the update, now let's focus in on the meat of today's post....

It seems more often than not that the instant someone does something wrong, everyone turns their backs on them.  I witnessed this recently with someone in our community.  What they may have done (okay, more than likely did as it looks now) is wrong....no questions asked, hands down, I agree.  HOWEVER, does that truly negate all the nice things they've ever done?  I'm not suggesting that the wrong doing go unpaid for, I'm merely saying that defacing their entire character by erasing the memory of all the good they accomplished is not right either.  The focus of today's book understands this lesson from a first person point of view quite clearly as I see it.  Today's book of choice is.... 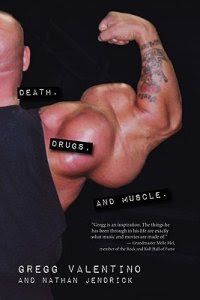 This is the story of one man's journey from upstanding citizen to a rider of the edge of the law.  Gregg Valentino...a name commonly heard in body building circles (no, I don't travel in them, but stay with me here...) for one of two reasons.  First, a top notch "professional" in his sport and the go to man to find out how to better your body for showing.  Second, a cautionary tale of "if it's wrong to start with it will catch up to you in the end no matter what your intentions really were".  From coming on the scene as a natural body builder avoiding all the steroids and drugs that can cast a shadow on the form they've reached to not only partaking of them (the steroids, not other drugs) but dealing them to others to increase their physique, this is a life filled with many lessons learned...the hard way. 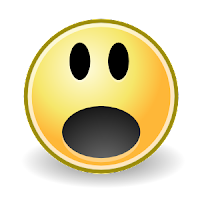 I heard many times over messages of shock and awe that I was reading this book as it doesn't seem to fit (visually at least) the books that I normally gravitate towards. I can honestly say though that it was a great read. Honest, hardcore, and unflinching in the situations shared, this is one biography/memoir that is certain to "entertain" readers of many backgrounds and either sex. Revealing the life of the man made famous to the masses not only for his "huge arms" but the story of his "exploding arms" that snagged him a TV special and made him a household name or at least passing story. This however was merely an instant in his life, one which he covers in brief to shed some light on what really happened. From smack downs with Mark Wahlberg and crew to dealing drugs to put food on the table....the twists and turns will keep you tied to his story til the bitter end.

Despite the nature of the book, I found myself anxiously awaiting each chapter to see if and when the bottom dropped out of his carefully constructed world.  You could honestly see that he believed he was doing right by the people in his life and by some counts was in fact, but the overall picture was already building a darkness that would one day over power the scene...it was a given.  I mean you can't take care of your wife and children financially and still cheat on her with another woman and expect it to all be okay.  Even though the "other woman" is someone you saved from a continued life on the streets, it still doesn't make the other transgression any better.  Same goes with the steroid dealings...those clandestine affairs came close to ending his life on more than one occasion.

In the end, I will say that although my readers may have not thought this a book for me, I'm glad I read it.  Biography, autobiography, and memoir type books are still on the newer side of my reading "likes" and while I can't say I'll pick up every one I see....I'd definitely take a chance now and then.  You never know what diamond in the rough you might find.  Readers are strongly cautioned as to the content and language in this book....it is crass, it is harsh....but it is always "real".  Recommended reading for older teens and adults for these reasons alone.

This book is in stores now so if you want a chance to see behind the public image, you merely need to seek it out.  Special thanks to ECW Press for the ARC copy to review.  (THANKS!)  For more information on this book and other potential reads, check out their site or follow along on Twitter.

COMMENT CREATOR
Here's the question that begs to be asked.  Out of the books you've read, which one would you say was out of your usual "box" or comfort zone that you still decided to take a chance on?  How was the experience?  The comments on open....

O I read one recently that I will be posting my review on. I was so proud of my self and ended up loving the book.

Love the review, definitely not expected from you, but maybe... I do agree though, it's nice to read a well written memoir on occasion and get a glimpse into the "real" story. It's funny that the "exploding arms" thing was such a big media getter when it was such a small portion of his life.

As for books recently, if I were to pick something it would have to be something horror related. The last time I attempted it I ended up with bad dreams for weeks, so not worth it!

I am a pretty wimpy reader/reviewer. I never usually go outside of my comfort zone. Actually, I did just read my first YA, and that is very unusual for me!

Juju: YAY! That's great and definitely a memorable situation when it happens. **claps**

The1stdaughter: You are welcome on the mention....glad to see the event is going well. Horror, really? Hmm...interesting...

Julie P: See! Even that is something to talk about! A comfort zone is only defined as what we always run to so KUDOS to you on trying something new! Now the real question...did you like it?

The cover of this book turns me off instantly. I would never EVER pick it up in the bookstore. And yet... you make it sound well worth a read. I may just have to seek it out.

I've actually broadened my reading horizons a lot in the last year or so... and it's been almost all positive.

NotNessie: Understood....regarding the cover. Not normally something I would gravitate towards either, however having seen the LIfetime special previously...it made me wonder. Glad to hear about your expanding reading horizons....and the positive outcomes of that endeavor! It adds a little spice now and then to your reading rotation... ^_^