Hi there!
Welcome back to another week here at Satisfaction for Insatiable Readers!  Glad you could join me today as we wrap up some reading fun and announce the winner in a recently ended contest.  First...an update on the Wicked Lovely Reading Challenge....FINISHED!  YAY!  Yes, my friends...I completed book 4 late on Saturday night and I must say...WOW!  What a book!  Also, for those not initiated into the series as of yet, there may be a little spoilerish information in the review...be forewarned.  I would also like to extend a congratulatory hand to author Melissa Marr as she wraps up this round of touring.  I'm certain all the fans that were able to make it to your signings are treasuring their newly branded editions as we speak.  Congratulations on this recent publication success!  Enough suspense though...let's dive in to the good stuff.  Today's book of choice (if you haven't guessed) is.... 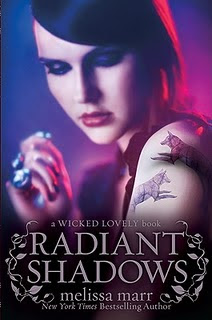 This book finds our mortal turned faery (yet still sometimes mortal...complicated yes, but it's explained in the books) Seth under watchful eyes.  Whose?  It could be the Dark Court (kind of) since he is "brother" to the Dark King....it could be the Summer Court (not so much) since his girlfriend is their Queen....it could be the Winter Court for some reason we have left to fathom (just kidding, it's not the Winter Court)....then again it could be the one who made him what he is today.  Yes, my friends....Sorcha, The UnChanging Queen, ruler of Faerie, and mother to Seth 2.0 (that would be a joke of course....she's mother to the faery version of Seth).  You see, in granting his request to become a faery, someone had to be willing to give of themselves for the change to take place.  Sorcha's long suppressed motherly instincts took over and "reason" for all intents and purposes left the building.  Seth became faery, BUT for a price...nothing in Faerie comes without a trade of sorts.  An eye for an eye, a tooth for a tooth.....an immortal life and incredible powers, for a taint of mortal feelings and desires.  The Unchanging Queen is slowly changing, placing herself and all faery-kind in more danger than she could possibly fathom.  The question posed...how can a land ruled by the balance of War (Bananach) and Reason (Sorcha) survive when one is off-kilter?  Good question indeed.... 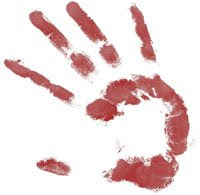 Mean while in the mortal world....faery business seems to continue on as usual...with one exception.  Bananach is present more often than not and the blood shed is beginning to add up.  She vies for War and War she is....how she gets it is not nearly as important as it actually being brought forth.  The one she seeks to carry out her mission...Ani.  Ani, if you recall, is one half of a sisterly duo orphaned at an early age and brought up by Rabbit.  The one half as it seems that was not intended to survive her childhood by order of the Queen.  Fortunately for her, the Queen's Bloodied Hands, Devlin, was swayed from carrying out the sentence given....but why?  What is it that is different about this girl from any other?  True, she is a member of the Dark Court and kin to the leader of The Hunt, but what is it that keeps her future hidden from the eyes of those that would see?  Why when future sight is turned her way can her thread not be found?  Perhaps there are bigger things planned for this one than once seen, or maybe....that's the exact reason she was not to survive. (dun...dun...dun....) 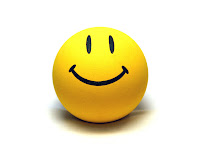 Often times when a book within a series departs from the main characters or at the very least the ones that are perceived to be the main characters, in this case Aislinn, Keenan, and Seth, the storyline tends to fumble and lose those readers that originally fell in love at first word.  I can honestly report that this is.....NOT the case with this one!  Although there is barely a whisper of the Summer Court rulers in this book, all is not lost.  As with the preceding novels, each book's focus is on a particular court.  Winter, Dark, and Summer were explored in the first three....it was about time we move into the High Court.

The High Court is ruled by the balance of War and Reason.  Devlin is the result of Sorcha and Bananach giving of themselves to create another as a go between of sorts.  A creature made of both halves to create a whole.  Logic would say that the result should be perfection.....the balance to both their sided whims.  Instead, he is the one that carries out the sentences handed down by his Queen in the name of Reason....awfully sort-sighted of a use if you ask me.  No worries though...his time will come.  To do what you ask?  Oh no, I'm not ruining the surprise here.  I will say that Ani and her inhibitions, or rather slight lack there of, play a big part in both his future and the future of Faerie as a whole.  I will also say that there are many secrets brought to light that leave you ready (no, REALLY ready) for the next book in the series.  In the end, it was a fabulous walk (sometimes run) with the world of faeries once more....you won't be disappointed.

Special thanks to Karen at Media Masters Publicity for the review copy.  (THANKS!)  For more information, feel free to visit their site.  Now, did someone say giveaway?

It's time to announce the winner of the 'Wicked Lovely' Contest for Radiant Shadows!  The entries were tallied, and extra entries taken into account....giving us a grand total of 308!  Wow!  It's great to see so many enthusiastic voices wanting to get their hands on a copy of this fantastic book.  Without further adieu, the winner of their very own copy of Radiant Shadows is....

#43 - NotNessie
Congratulations!  I have already emailed the winner and received the needed information back so the book should be on it's way shortly!

Special thanks once again to Karen at Media Masters Publicity for the chance to giveaway a copy of this amazing book.  Didn't win?  No worries!  The book hit shelves earlier this month so there should be one accessible to you  through your favorite store or site.  Thank you to all those that entered (and those that merely thought about it...you lurkers you...)!
Until next time....happy reading!
Posted by Gina at 6:12 AM

Yay! Fantastic review! Although, I have to admit I didn't read it too thoroughly as I'm now definitely going to have to read this series thanks to your "mini-challenge".

Congrats to NotNessie! A better person couldn't have won!

the1stdaughter: Happy to add to your reading list....can't wait to see what you think of the series!