Order, Order in the Court!: Presumed Innocent by Scott Turow

Hi there, everyone!
It's me...AGAIN.  Yep, what is this, the third post of the day?  (checks post log...nope...fourth) What can I say, I just can't stay away.  Wanted to give a special welcome to all of our new followers (HI! ~waves~)...we've added about 70 new folks thanks to the Blogmania event on Friday!  It was a blast to say the least and thank you for choosing to follow!  Hopefully you'll enjoy your stay.  To all my "old" followers, you guys rock...but you know that, right?  We couldn't stay away from the contest fun with all of the great releases happening in the world of books.  For current contests on Satisfaction for Insatiable Readers, be sure to check out the right sidebar.  For contests around the blogosphere, take a looksie on the left sidebar.  Speaking of contests...one of the 3 that ended on Friday was for a book celebrating it's book birthday today.  Now, I present to you my review of it's predecessor (in the literary sense).  Today's book of choice is.... 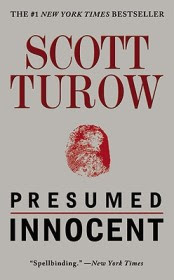 Rozut K. Sabich, known to his friends and colleagues as Rusty, has commited a crime...but it's not necessarily the one you would think.  He stand acused of two crimes...one of which we know he is guilty from the start, the other...well, you have to decide as the story plays out.  What we as readers are certain of is his breaking the vows of marriage and cheating on his wife with a coworker.  Does he deserve to be punished?  That's between his wife and him.  Does he deserve to be tried for murder?  (I know what you're thinking....WHAT?!? Where did that come from...trust me, keep reading...)

Excuse me?  How did it escalate to this point?  Oh, well...it seems that the "lovely young lady" he was seeing has turned up...dead; not just your conventional "they-passed-in-their-sleep" dead either.  No, Carolyn Polhemus was brutally murdered...the question is, by friend of foe?  Being the dedicated worker he is, Rusty is put in charge of the case (he's an Assistant Prosecutor, by the way...just in case you were curious) despite his potential connections to the victim.  Connections that are still undisclosed to many parties.  As the investigation begins, the "facts" are just not adding up.  Between unlocked doors and windows, the unsettling way in which she was found or rather displayed, and what of this "B" file that is on record as being assigned to her, but can be found nowhere?  This type of file doesn't normally cross the path of a lawyer from the prosecuting attorney's office, so it's absence is twice as eye-brow raising.  As Rusty tries to uncover the truth, he will discover a wrong doing set in the past that is about to make waves in his future.  Can he beat the wrap being given to him and come out clean?  Or will he only be 'presumed innocent' until proven guilty?  (dun...dun...dun....) 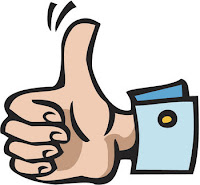 Tantilizing, no?  (hehe)  Ah, but there is more than an intriguing story here.  Ever have a book just frustrate you to no end?  I mean really get under your skin?  How so?  Okay, let me see if I can explain.  When I first heard about this title I was like..wow, yeah that sounds good!  So I signed up for a review and took the giveaway option (by the way, congrat's once again to those that won) with my mind set on a return to the crime fiction novels I loved (not exactly past tense, just I haven't read as many recently as I use to).  A few weeks later, the book arrives....just in time to start the contest (GASP!) but not with enough time to review it first.  Cie la vie!  Caution was thrown to the wind and behold...the contest was put into action with the promise of a review the day the winners were posted.  (Henceforth, what you are reading here...)

I delved into the book wanting so badly to love the drama and story as it unfolded....notice I said wanting, yeah, didn't quite work out that way.  It's not that the story wasn't good....it was.  It's not that you couldn't develop a repetoire with the characters....you could.  For me, it was about the incredible amount of detail included (some necessary, some I'm not so certain of) that drew the story out longer and longer and longer...well, it finishes at about 421 pages then a preview of the long awaited sequel that was just released today (Innocent is the title of that work just in case you are on the lookout for it).  I say the sequel was long awaited (well, I don't say it...it's being toted that way) because this book was a re-release of the originally published book from 1987....that's 23 years later.  (Can you say WOW on the patience of his readers to wait that long for a sequel?!  Here's hoping that Stephenie Meyer doesn't wait that long to finish Midnight Sun....)

To be honest, in reading this book, I found myself skimming pages in hopes of reaching the end a bit sooner (guilty as charged, but I am neing honest)...or at least I was until the trial started (that's the truth too).  That's where some of the action picks back up again and then the final 20-30 pages...WOW!  You will read every word of it regardless of how much or how little you feel involved in the story.  The ending just blows you out of the water as it comes way out of left field and yet makes perfect sense.  All in all, I can certainly say that this author spins an interesting tale and although I felt lost in the details at times, he marched steadfastly towards his ultimate goal and the ultimate ending (which I very much enjoyed!).  I can't say that I'll be checking out the next installment (took a peek at the preview and yes, I'm curious what happens, but not so certain I can read through the depths of detail again this soon), but I can definitely say this book was time well spent.  Recommended for late teen and adult readers due to story content and language.  It's not an all out curse or sleaze-fest, but it is realistic and gritty at times.

Special thanks to Valerie at Hachette Book Group for both the review copy and the opportunity to host the giveaway!  (THANKS)  For more information on this title and more, check out their website or follow along on Twitter.  Note to the winners of the drawing, don't forget to send me your info!  If it is not received within the required time frame, new names will be drawn (don't like doing it, but will if I must).

Fabulous review! I always love how balanced you are when you aren't overly excited with a book. Although, I can tell the ending sounded great! Not for my tastes, but my in-laws love these types of books, definitely going to have to make a recommendation to them. Thank you!

Excellent review! I totally know how you feel when you say that you were skimming the pages just for the sake of finishing the book. But I'm glad the ending was good!

Great review. I know exactly what you mean about books where you skim through some of the pages. They're not bad books, and like in this case, the ending really gets you, but there's that "stuff" you have to get through before the good "stuff" starts, lol.

The1stdaughter: Thanks for the kind words! Yeah, I could see your in-laws liking this one with the law background and all. Glad I could help in the recommendation department! ^_^

Dorothy Dreyer: Exactly! Couldn't have said it better myself. ^_^